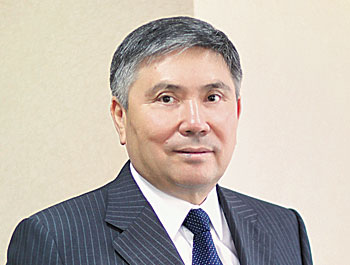 ASTANA – Uzakbai Karabalin was appointed by decree of Kazakh President Nursultan Nazarbayev on July 3 as Kazakhstan’s new Minister of Oil and Gas. Karabalin replaces outgoing minister Sauat Mynbayev who was made the new chairman of the board of the national oil and gas company, KazMunayGas.

Prior to the appointment, Karabalin was serving as Director General of the Kazakhstan’s Oil and Gas Institute, a research body.

Karabalin was born on Oct.14, 1947 in Koshagyl village in Atyrau oblast. In 1970, he graduated from the Gubkin Moscow University of Oil and Gas. In 1973, he completed his post-graduate studies and in 1985 received his candidate of science degree in Technical Sciences from the Ufa Oil Institute. He is an Honorary Professor of the Kazakh National Technical University and amember of the Kazakh National Engineering Academy.

From 1997 to 2009, he served as the First Vice President of National Oil and Gas Company KazakhOil, president of KazTransGas, vice minister of energy and mineral resources, president of NC KazMunayGas and acting director general of MangistauMunayGas. 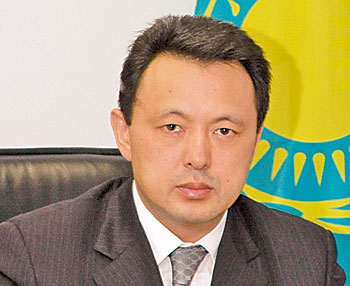 Outgoing Minister of Oil and Gas Sauat Mynbayev has been appointed the new KazMunayGas Chairman of the Board. He replaces outgoing KazMunayGas Board Chairman Lyazzat Kiinov, who was relieved of that position on the instruction of President Nazarbayev and the Board of Directors of Kazakhstan National Welfare Fund Samruk Kazyna.

Mynbayev graduated from Lomonosov State University in 1985 as a degreed economist-cyberneticist.

From 1985 to November 1988, he studied as a post-graduate student at Lomonosov State University, and he holds a degree of a candidate in economic sciences.