By Gulnaz Kalikhanova in International on 24 July 2013 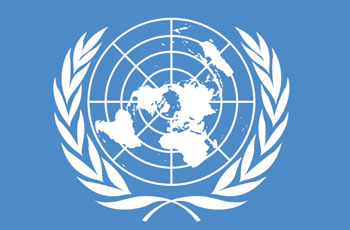 Kazakhstan is committed to strengthening international relations and its geographical location makes it an ideal venue for facilitating international cooperation, the country’s deputy foreign minister told delegates at an annual Substantive Session of the United Nations Economic and Social Council (ECOSOC) in Geneva last week.

Kazakhstan’s Deputy Minister of Foreign Affairs Alexey Volkov took part in the July 10-12 ECOSOC Operational Activities Segment (OAS), which focused on reviewing the role of the UN development system in a changing development cooperation landscape and included several thematic discussions. Volkov spoke at the panel discussion that looked at the progress in the implementation of General Assembly resolution 67/266 of the UN system operational activities for development.

In his statement, Volkov addressed the primary forms of Kazakhstan’s cooperation with UN system agencies. He also spoke about various programmes that are being implemented under the auspices of the organisation aimed at sustainable development. Currently, there are 17 UN institutions and agencies operating in Kazakhstan, which demonstrates the high level of bilateral cooperation, he said.

Kazakhstan serves as a geographical and political bridge between North and South, Europe and Asia. Therefore, it is ideal for facilitating cooperation in implementing international initiatives, Volkov said.

Volkov also noted that it was important to expand cooperation with neighbouring countries in addressing common issues, such as the environment, labour migration, drug trafficking and the potential threat of religious extremism and terrorism that could emanate from Afghanistan after 2014.

In this regard, creating a UN Regional Centre in Almaty could become a strategic and substantive decision, according to Volkov. The Almaty Centre could serve as a platform for promoting regional development, security, and stability.

Kazakhstan is committed to strengthening the global architecture of international relations, and the world needs to analyze events and phenomena on a global scale, as well as in regional dimensions, he said.

According to Volkov, UN agencies play an important role in strengthening confidence between member states and further developing an equitable dialogue on all issues of the international agenda.

The statement by the Kazakhstan representative drew interest among and support from the session participants, including Helen Clark, the UNDP Administrator and Chair of the UN Development Group, and heads of delegations of China, New Zealand, Kyrgyzstan and other states.

The work of the substantive session of the ECOSOC continues until 26 July 2013.