How Rural Akims Are Elected in Kazakhstan

By Marat Sarsembayev in Editorials on 10 July 2013

During the first 20 years of Kazakhstan’s independence, the leaders (akims) of oblasts, districts, cities, auls (aul is a village in Kazakh) have been appointed by the central government of the state. In December 2012, President Nursultan Nazarbayev in his address concerning Strategy Kazakhstan 2050, which established a new political course of the country, suggested the need to hold elections for local akims. 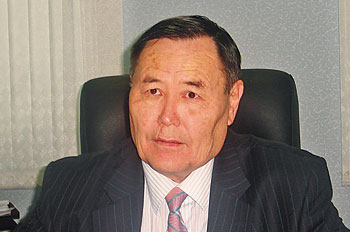 The decision to hold elections of all rural akims in the scale of the whole country was not taken spontaneously. It followed experimental elections of akims that were held in 1999, 2001, 2005 and 2006.

And in August of this year, akims of cities with district status, rural districts, settlements and villages, rural aul akims (village administrators), which are not part of a rural district, that were approved by Decree No. 555 of the President of the Republic of Kazakhstan on April 24, will be elected on the basis of indirect suffrage by secret ballot. This suffrage is called “indirect” because akims will be elected not by citizens directly, but by deputies of district (city) maslikhats (local representative bodies) as electors.

In total, the country is going to elect 2,457 akims of villages, rural districts (a district includes three-four small villages), settlements and small cities with district status to four-year terms. This is more than 90 percent of the total number of akims in the country. In other words, this will be a serious electoral and political event, which will be held in all 14 regions (oblasts) of the country. Approximately 2,602 electors from among the deputies of 160 district and 28 city maslikhats (in total 188 maslikhats) are preparing to take part in the election of akims. The election is being organized and conducted by 188 district (city) election commissions, involving 1,316 members who have solid experience in the field of electoral affairs.

To be elected as an akim, a candidate must be at least 25 years old at the time of the election, have active electoral rights, meet the requirements of the Law of the Republic of Kazakhstan On Civil Service, have a higher education and be a resident of the local oblast. A person with criminal record, as well as those who have been convicted of crime or corruption are not eligible. Thus, the requirements are formulated to produce the most experienced, educated and honest candidates.

Akim candidates will campaign before deputies of district (city) maslikhats. The democratic aspect of these campaigns is manifested in the fact that state bodies, officials of these bodies while they perform their official duties, members of election commissions and religious associations are prohibited from conducting election campaigns and distributing campaign materials.

Each candidate is eligible to establish an election fund, the total amount of which must not exceed 1,399,500 tenge ($9,000). The state has allocated funds from the budget for the organization and holding of the elections, as well as for wages of members of election commissions released from their primary place of employment, for communication services, transportation and other operational costs.

District (city) election commissions register akim candidates, adopt the text of ballot papers, prepare polling stations, ensure polling stations are equipped with polling booths and ballot boxes, organize voting, count votes, announce voting results, register the elected akim, forward a protocol on election results to the akim of a district or a city, and, if necessary, conduct re-votes. District (city) election commissions are responsible for publishing in the media information about election results and the registration of the elected akim.

An elected rural akim is provided with about 70 functions (powers) and funding to complete each function. An aul akim will also be supplied with an office of up to seven full-time, salaried employees. This indicates that considerable power and considerable financial resources will be concentrated in the hands of aul (rural) akim.

The Republic of Kazakhstan, taking into account the social and political context of the historical development of the country and the mentality of its people, is using and will continue to use the proven methods of many democratic states in the appointment and indirect election of local leaders, in our case, akims.

The author is the member of the Central Election Commission of the Republic of Kazakhstan.