By Nadezhda Khamitova in Tourism on 24 July 2013 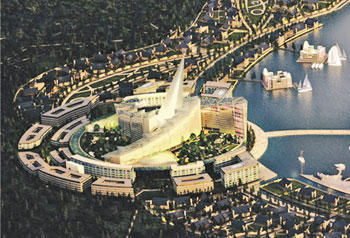 Further development of the Burabai resort area is going to be purposefully implemented taking into account the fragility of local ecosystems.

ASTANA – The bright sun, pine forests and crystal clean water of the Burabai resort area make it a natural gem in the Akmola region, and one that the government is eager to attract tourists to. To ensure the use of resort’s potential in full, the government is working to create all the necessary conditions to draw visitors and bring relevant development to benefit residents of the area.

late June 2013, Prime Minister Serik Akhmetov paid a working visit to Akmola region, during which he held a meeting regarding the implementation of the plan on the development of the Schuchye-Burabai tourist area.

At the meeting, the prime minister noted that the head of state had charged responsible bodies with the task of further developing the resort area, including adopting an action plan. Overall, 18 billion tenge (118 million dollars) were allocated for implementing the plan in 2012- 2013.

The plan for the development of the resort area was approved by the then Prime Minister Karim Massimov. Government resolution 919 of July 5, 2012, states that in accordance with state-of-the-nation address by the president in 2012, “Social and economic modernisation: the main vector of Kazakhstan’s development,” a favourable investment climate for foreign and domestic investors in the Burabai resort area is to be developed.

Vice Minister of Industry and New Technology Albert Rau reported on the progress of the plan’s implementation, while Minister of Environmental Protection Nurlan Kapparov reported on measures carried out to clean lakes and on the construction of a recycling plant in the region. 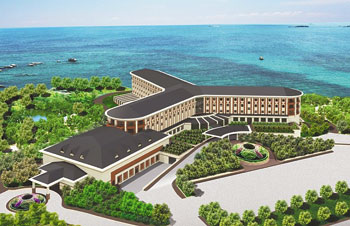 Summing up the meeting, Akhmetov said that the overall progress of the development of the resort was satisfactory. He noted the need for timely and correct implementation of all the points in the plan.

The prime minister instructed the Ministry of Industry and New Technologies jointly with the regional akimat (administration) and other government agencies to provide an integrated action plan for the further development of the resort, taking into account recommendations made at the meeting.

The Ministry of Environmental Protection should “take measures to address environmental issues, with particular attention to activities on sanitation and clean water,” the prime minister said. Akhmetov ordered the Transport and Communications Ministry to work out the issues of providing adequate infrastructure on the Astana-Shchuchinsk highway and reconstructing the Astana-Korgalzhyn road, as well as launching flights to Kokshetau from Aktau, Atyrau and Kyzylorda in the summer. The Ministry of Economy and Budget Planning together with the administrators of budget programmes should consider and make proposals for additional funding of projects, he directed.

One of the ways to ensure an inflow of domestic tourists was the launch on July 5 of a luxury train running from Astana to the Burabai resort on Fridays, Saturdays and Sundays. Suburban Service JSC upgraded the train to improve the level of passenger service

“The first impression you receive at the exit from Astana is good: the six-lane highway is perfect for drivers. In general, the infrastructure of the resort is very well developed, but there are still some small problems in the service sector. Finding housing isn’t a problem: the locals will be happy to rent cosy houses at affordable prices. I advise everyone to go on excursions, because each corner has its own original story or legend. Having been there once, you will want to go back there again and again,” Astana resident Bakhtiyar Akhmetov said about his recent trip to the resort.