The Enduring Value of Family

Family is one of the oldest social institutions, predating religion, governments, armies, trade unions and markets. It is an integral element of society, the importance of which can hardly be overstated. The future of humanity is unthinkable without this important social apparatus. 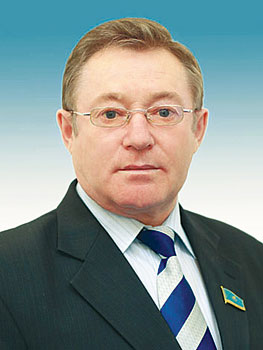 Originally expressed through living arrangements, family initially contained all the basic processes of human organisation. The gradual shift of a number of these functions from the family to other social institutions has made it difficult today to single out any specific type of activity that can be carried out by the family or that can be created only in the family. In fact, all the functions that once belonged predominantly to that ancient social unit can now be fulfilled outside of it. The question of how important the family really is arises. Is it really the fundamental social institution it seemed to be?

This issue is reflected by the increasing instability of marriage and the manifestations of a growing crisis in the spiritual and moral sphere. Wars and mass casualties can be survived when people have a stable family life and, consequently, the hope that population losses can be overcome.

However, since the second half of the twentieth century, humanity has been witnessing a shift in values: now, it seems, the very desire to enter into a marriage is out of fashion. Family is now only the fourth thing in common hierarchies of values. The number of divorces in our country has reached alarming figures and the instability of family life is illustrated by the reduction in the number of children per married couple. Against this background is an increase in the proportion of children born out of wedlock. This indicator causes concern for the preservation of social well-being.

However, there is also an encouraging trend of growth in the number of mothers with many children. In 2005, there were 251,921 mothers with five or more children; in 2012, their number increased to more than 300,000.

What previously would have been thought of as a lonely life is now often aspired to. Previously, people with no family were considered unhappy. Currently, there is a significant population of people, especially in the most developed countries, who are pleased to be unencumbered. This mindset has been adopted by a portion of our youth, and a third of young couples in the country live in civil marriage.

Today, we are witnessing new, aggressive challenges to the traditional family. Not so long ago, the French president signed a law allowing same-sex marriages. Discussions on this matter were long and heated, but resulted in the law coming into effect. French society is outraged; thousands of people protesting against this decision took part in demonstrations.

Similar situations exist in the United Kingdom, the Netherlands, Belgium, the United States and other countries. Today we have the first families headed by same-sex couples. What is the meaning of this? In my opinion, this is a road to nowhere, the manifestation of hedonism and egoism. After all, the family and then marriage emerged during the formation of human society, primarily to legalise marital and parental rights and responsibilities and streamline the process of producing heirs.

It is important to convey to children the spiritual values of the most effective methods of survival, success. What values can be discussed in a family with two fathers or two mothers? Who is who? European liberals offer to write in the documents of children adopted by same-sex couples, “parent number one” and “parent number two”! This is absurd!

To my mind, the emergence of same-sex marriage is a sign of a deep spiritual crisis. Recently, an expert working group completed a draft political doctrine of the Nur Otan party, initiated by President Nursultan Nazarbayev, which proposed the article, “Our values.” The Kazakhstan family takes the central position in it: “Only a nation that values its language, history, culture and traditions will be successful. Family is the main institution in our society to preserve traditions; the vitality of society and the state depends on its integrity. We stand for strengthening traditional family values in our society as an important factor in strengthening our state,” the document says.

Understanding trends and processes in modern Kazakhstan families is very important for the formation of a profound family policy. The analysis of social reality and the choice of appropriate strategies are directly related to its content and implementation. These issues fall within the competence of the National Commission for Women, Family and Demographic Policy. The commission, headed by Gulshara Abdykalikova, pays particular attention to problems of the spiritual and moral state of society, especially our youth.

The most important task is to create conditions for the formation of an attractive model of the family.

The family is a masterpiece of nature. The vitality of society entirely depends on its integrity. It is the family that, after disastrous wars and crises that lowered the threshold of morality to zero, revived spirituality as the main condition of interpersonal relationships. No matter how the socio-economic structure of society varies, family remains its unchanged foundation.