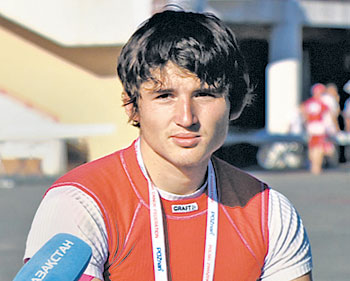 Sergey Yemelyanov was the first Kazakhstan rower to win a medal.

SHYMKENT – Rowers from Shymkent won an unprecedented number of gold and silver medals in May at the World Cup of Rowing and Canoeing in the Czech Republic and Poland.

The Shymkent rowers won four gold, five silver and one bronze medals. It was the first time Shymkent had won gold and silver at such an elite level.

Sergey Yemelyanov was the first rower to win a medal. He won the bronze in the one-man canoe 500 metres category. In the two-man 500 metres canoe category, Shymkent rowers Evgeny Alekseev, a participant in the London Olympics, and his partner Alexey Dergunov won a silver medal in the third stage of the World Cup in Poland. 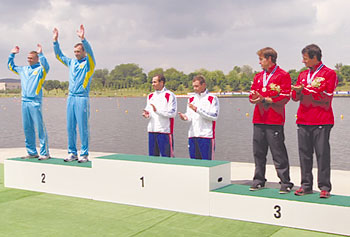 Shymkent rowers did their best and won four gold medals during the World Cup of Rowing and Canoeing in the Czech Republic and Poland.