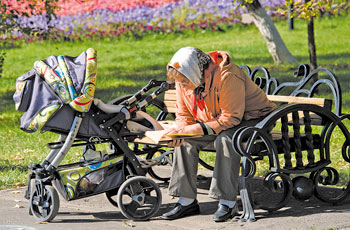 According to the new law, women’s retirement age will reach 63 years by 2028.

ASTANA – On June 21, President of Kazakhstan Nursultan Nazarbayev signed the law “On pension provision in the Republic of Kazakhstan,” aimed at creating the conditions for modernising the pension system, ensuring its financial stability, accumulating and growing pension savings and ensuring the transparency of pension savings management.

The president also signed the law “On amendments and additions to some legislative acts of the Republic of Kazakhstan on pension provision issues,” which brings some legislative acts into accordance with the pension provision law. In addition to other provisions, the law provides for the gradual increase in the retirement age for women beginning on January 1, 2018. From the current retirement age for women of 58 years, the ceiling will be raised in increments of half a year for 10 years, so that by 2028, women’s retirement age will be 63 years, the same as for the men.

In a televised address to the people of Kazakhstan on June 7 concerning pension reform issues, the president said that he supported the draft law in general but believes that not all aspects of pension system reform have been fully considered. He has returned the draft law to Parliament for additional discussion and voting on the timing of the retirement age hike. 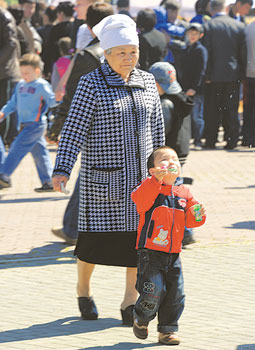 President Nazarbayev proposed beginning a phased increase of the retirement age for women not from 2014, but from Jan. 1, 2018. “This will enable reform to the pension system by fully taking into account the interests of the Kazakh people,” he said. The president also requested additional social protection measures, especially for women of pre-retirement age, before the new law on the retirement system comes into effect.

Meanwhile, the president has received letters and telegrammes from Kazakhstan’s citizens in support of the decision to postpone the start of raising the retirement age for women.

The collective of the Aksai Nan baked goods factory expressed their gratitude for the attention to the issue of pension system reform. The authors noted that more than 70 percent of their staff are women. “On behalf of all the women of our factory and its affiliates we express gratitude for an informed decision taken on the basis of a comprehensive analysis of the various points of view on the new draft law on the pension reform,” the letter says.

President of the Zhanashyr International Public Foundation Mrs. Apetova also expressed gratitude for the decision to postpone the increase of the retirement age for women to 2018. “This decision is evidence of your foresight, because now the government has enough time to fully consider all aspects of the measures aimed at creating favourable conditions for women of pre-retirement age,” she wrote.

Almaty resident Kuangan, one of the participants of the International Women’s Day meeting with the president on March 8 of this year, noted that this event is very important for her and her family. “Despite the fact that I’m still young, I was anxious about the new reform of the pension system in our country. However, after I heard your televised address to the people of Kazakhstan, I wish to express my sincere gratitude for the decision to send this draft law for follow-up revision,” she wrote.