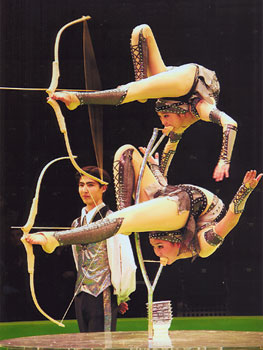 ASTANA – The capital of Kazakhstan will host the international circus festival, Echo of Asia, from July 1 to July 8.

For the sixth year in a row, the circus festival will be part of Astana’s annual anniversary celebration and will gather the region’s best circus performers. The Festival will also help highlight Kazakhstan’s cultural achievements.

Echo of Asia is meant to present the best international circus performers in the world and raise the status of the concept of the circus within the arts community.

The festival will feature performances by circus stars, including trapeze artists, jugglers, acrobats and clowns from Russia, China, Tanzania, Belarus, Italy, Germany, Poland, Ukraine, Uzbekistan and Kazakhstan, among others. The performers will include circus masters, circus arts laureates and the descendants of circus dynasties. The circus’ performers and animals will also be part of a short parade in the streets of the capital.

Last year’s Echo of Asia circus festival included sixty artists from such countries as Russia, Kazakhstan, Kyrgyzstan, Uzbekistan, China and Mongolia. Among the highlights of last year’s festival was a unique performance by trained Russian bears that performed on a tight rope 10 metres above the ground. 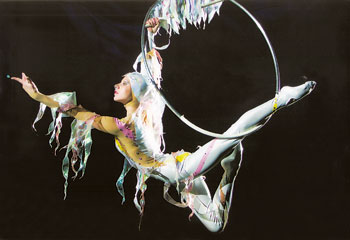 First place in the 2012 festival was awarded to artists from Mongolia for a performance entitled “Plastic Etude.” Second place was shared between a gymnast from Kazakhstan, acrobats from Kyrgyzstan and gymnasts from China. Third place went to a clown duet and monkey trainer from Russia and an artist from Kazakhstan.

The festival is meant to develop international cultural ties, expand access to culturally significant information, preserve cultural diversity and to increase the professionalism of circus performers and the sophistication of their audience to the circus arts.

On July 6, Kazakhstan will celebrate the 15th anniversary of Astana as its new capital.