By Maryam Turezhanova in Business on 26 June 2013 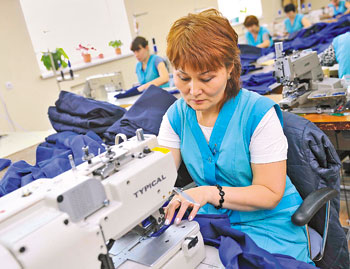 In all, 110.6 billion tenge ($731.2 million) will be allocated for the country’s Road Map of Employment 2020 programme to provide new jobs as a response to the global economic crises.

ASTANA – The Kazakh government is continuing its focus on job creation by allocating a total of 110.6 billion tenge ($731.2 million) in 2013 for the country’s Road Map of Employment 2020 programme.

The programme includes provisions to respond to additional global economic crises, as well as measures to spur domestic employment. According to the acting head of the Ministry of Labour and Social Protection, Vice-Minister Tamara Duisenova, the jobs initiative includes three areas.

The first area involves increasing employment through the development of infrastructure and public utilities. This technique was used successfully in 2009-2010 as part of the previous jobs roadmap and includes the creation of temporary jobs in the construction and maintenance of government buildings and housing facilities. With overall funding for this part of the jobs programme at 57 billion tenge ($376.8 million), it’s expected to generate approximately 22,000 jobs.

About 25.7 billion tenge ($169.9 million) has been allotted for the second part of the programme, which involves job creation through the development of rural enterprises. It is hoped that this part of the programme will generate 11,000 jobs through the use of tools, such as microcredit and the development of 11 supporting villages in six regions. 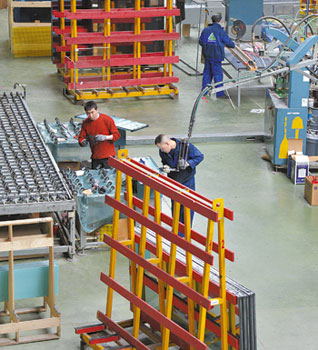 The third part of the programme involves training and resettlement. It also clearly defines the division of responsibility between the state, employers, educational institutions and participants of the programme.

“This document has been in development for a long time,” Prime Minister Serik Akhmetov said at a recent government meeting which reviewed the programme. “It takes into account the best that was in the 2009-2010 roadmap and the Ministry of Labour should actively pursue this initiative.”

Addressing regional governors, the prime minister stressed that “people should have a clear understanding of the opportunities that are available to them within the roadmap of employment.”

Akhmetov also instructed his deputy, Erbol Orynbayev, to hold a national workshop on the implementation of the programme on June 21 in the East Kazakhstan region.