By Aurélia Bouchez in Editorials on 26 June 2013

The EU Delegation is committed to supporting the efforts of the Republic of Kazakhstan to ensure a continuing positive climate for business and investment here. 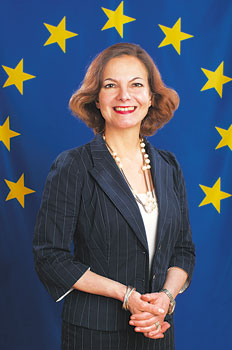 During his visit to Astana on 1-3 June, Jose Manuel Barroso, the President of the European Commission, expressed his appreciation of Kazakhstan’s open and positive business climate, and the readiness of the European Union to contribute to its further improvement.

In recent months, at the invitation of Foreign Minister Erlan Idrissov at a previous meeting, the EU Delegation has joined with colleagues in making a number of pragmatic suggestions. Among these suggestions was the establishment of a single point of contact between the foreign business community and the Government of Kazakhstan, on matters related to the investment climate.

In this context, we view the creation of an Investment Ombudsman, to seek early resolution of problems, as a major step forward.

As Deputy Prime Minister Asset Issekeshev has indicated, this proposal is based on international experience. Within the European Union, the approaches of our Member States vary in detail, but main points are in common. The concept of a single point of contact will increase efficiency, and deserves support. It signifies Kazakhstan’s commitment to approximation with OECD and WTO standards and requirements.

As we understand it, this new institution is intended to complete the structure established on the basis of the Foreign Investors’ Council, chaired by the President of Kazakhstan, and of the Council for Improvement of the Business Climate, chaired by the Prime Minister.

We are pleased to note that the institution of Investment Ombudsman is to be established under the authority of the Deputy Prime Minister. We note also the intended close contacts with public and private actors, including local authorities, and the planned structure of it supporting administration.

Of course, at this early stage of consultations with the diplomatic community – for which we are grateful to the Government of Kazakhstan – some questions remain open. These include the relationship between the new institution and other organs of the State (Deputy Prime Minister, higher authorities, Parliament). This may be very important if, for example, legislative changes are required to solve a problem definitively and prevent recurrence.

So far as other matters are concerned – for example the planned new National Chamber of Entrepreneurs, we will be interested to receive more information. The devil is in the details, as they say. One question is about the very large responsibilities and powers of the new body. Another concerns financing, the treatment of companies of differing sizes and sectors of activity, and the approach to be taken with foreign investors.

On these issues, there is no single EU blueprint, as practice varies in the different EU Member States. At this early stage, however, I believe we can identify two important points: all companies should be able to feel comfortable in the new framework, whatever their size and origin – perhaps through special provisions as appropriate – and a pragmatic approach should be taken by all stakeholders. The relationship with the Investment Ombudsman should be clarified.

The EU Delegation, in cooperation with EU Member States, remains ready to take part in any further exchange on these issues, with the aim of supporting and expanding foreign direct investment in Kazakhstan.

The author is Ambassador and Head of the European Union Delegation to Kazakhstan.