A Living Memory of a Great Coach 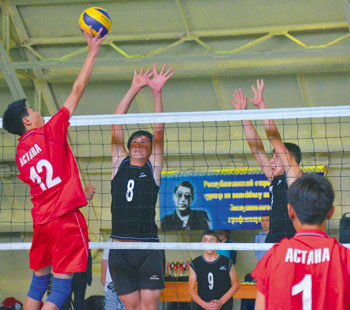 Telling the story of this Honored Coach of the USSR and the Kazakh SSR and the professor of pedagogy, may take more than just one page.

He was the one who coached “Burevestnik” in 1969 when this Almaty team won the championship of the Soviet Union for the first time in the history of Kazakhstan’s volleyball.

The following year the team under his leadership won the European Cup and in 1971 they repeated this success. Silver and bronze medallists in several championships of the USSR, they also won a “bronze” for Kazakhstan at the Games of the Peoples of the USSR.

The Olympic gold by Valery Kravchenko and Oleg Antropov, world and European victories by the same Kravchenko, Antropov and Zhanbek Sauranbayev, international junior medal of Alexander Portnoy, Nicholas Ragozin and others are just among many victories where the head coach of “Burevestnik” had his hand. Even back then, in the late 1960s – early 1970s, he was called a volleyball innovator.

The recent memorial tournaments started with competitions of veterans where only the best teams of the country participated. But everyone had enough of their tournaments except for the children who lacked practice. Moreover, Zangar Dzharkeshev in his last years headed “Zhastar”, the children’s and youth sports society. So a decision was made to organize sporting events for children on his birthday.

The National Research Center for Physical Culture of the Ministry of Education and Science of Kazakhstan led by director, professor Merkezhan Koshayev organizes the tournament. Dzharkeshev’s widow, Zulfi, is a driving force behind the annual events.

Competitions are held in the gymnasium of the Kazakh Academy of Sport and Tourism, which bears Dzharkeshev’s name. In short, there are a lot of adults who pay a lot of attention to the kids playing good volleyball including qualified referees.

“In the past, only teams from Almaty participated in these competitions but now many volleyball players come over from other regions,” the main referee of the tournament Lyudmila Kim said. “And the level of preparation of the teams has grown from year to year. I’m not even talking about the competitive mood of the participants who want to show everyone what they learned from their coaches.”

In addition( to the traditional prizes – the cups and sets of medals for the first three places – the participants received awards, including cameras and electronic equipment from Zulfi Dzharkesheva herself.

Among the boys, Almaty-1 Team coached by Gregory Neklyudov took the first place. The top three winners also included two teams from South Kazakhstan Region (Shymkent Sports School number 2 and SKR (South Kazakhstan Region) -1). Among the girls, the winner was the team from the local Volleyball Academy named after Zangar Dzharkeshev coached by Irina Kabulbekova. The second and third places went to athletes from Shymkent and Almaty.