By Yerkin Akhinzhanov in Editorials on 29 May 2013

The European Union is one of our key political and economic partners. It is therefore a strategic priority of our foreign policy to deepen and expand our cooperation. This message has been articulated in the recent presidential address to the people of Kazakhstan which sets a new course for political development and socio – economic modernization of the country for the period until 2050. 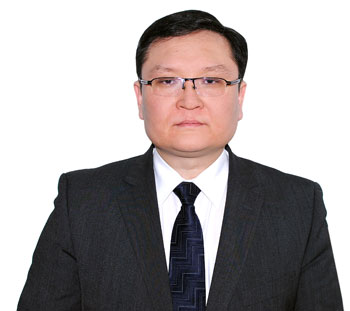 This year Astana and Brussels celebrate the twentieth anniversary since the establishment of diplomatic relations between Kazakhstan and the European Union. (February 2). Just a few days before the important date, Minister of Foreign Affairs Erlan Idrissov visited Brussels to discuss the results of political interaction and identify promising areas of cooperation with the leadership of the European Union.

Our countries have gone a long way towards dynamic and mature partnership characterized by high level of political activity, close interaction on the international arena and effective economic cooperation. Today Kazakhstan and the EU regard each other as stable and predictable partners. We have a common approach to majority of key issues of regional and international politics. In fact, Astana and Brussels have established a close dialogue both under the auspices of international organizations and European institutions.

A solid foundation for further development of bilateral cooperation has been laid down thanks to the joint efforts in realization of the Partnership and Cooperation Agreement between Kazakhstan and the European Union, Kazakhstan’s State Programme ‘Path to Europe’ and the EU Strategy for Central Asia.

Against this background, it is important to underline the overall intensity of political contacts and trustworthy dialogue at the highest level. For instance, the official visit of President Nursultan Nazarbayev to Brussels in 2010 gave a strong impetus to the development of Kazakh – European dialogue.

Regular contacts are also maintained at the level of the foreign ministries. The EU High Representative for Foreign Affairs and Security Policy Catherine Ashton visited Astana in November 2012.

President of the European Commission Barroso is planning to visit Kazakhstan in early June.

A network of bilateral structures is functioning effectively. Each year we organize Kazakhstan – EU sectoral dialogues on justice, freedom and security, human rights, trade, investment, transport, energy and environment. We cooperate actively with the European Parliament.

Beyond doubt, economic cooperation underpins the strategic nature of Kazakhstan – EU partnership. The European Union has firmly occupied the position of Kazakhstan’s leading trade and investment partner, surpassing Russia and China. Last year, bilateral trade turnover amounted to $54 billion. The EU accounts for 49 per cent of our total trade and 45 percent of accumulated FDI in our economy. The gross inflow of direct investment from the European Union to the Kazakhstan economy for the period between 1993 to 2012 has accounted for US $70 billion (out of US $160 billion of all attracted investment). The decision of the European Commission to terminate its anti – dumping investigation against yellow phosphorus originating in Kazakhstan will contribute to further development of trade relations between Kazakh enterprises and EU member states.

In general, this decision has solidified our view and demonstrated the necessity to receive the market economy status as soon as possible.

One of our major strategic objectives is to advance the current format of the energy dialogue that has been boosted during the visit of the EU Energy Commissioner Günther Oettinger to Kazakhstan in 2011. We plan to supplement our dialogue by cooperation in the following industry areas – oil and gas projects, energy efficiency and energy saving, widespread use of renewable energy sources and nuclear energy for peaceful purposes, development of electricity and clean energy technologies.

Despite the crucial role of energy and transportation issues in the context of our economic cooperation, Kazakhstan will not limit itself by these industries. Today our country sets before itself strategic goals for development. In this vein, Kazakhstan welcomes the EU member states taking part in the State Programme of Accelerated Industrial and Innovative Development.

We are looking forward to developing a full-scale cooperation with the European Investment Bank. The agreement with this institution was signed in 2010.

We pay special attention to visa facilitation issue. We have been receiving positive signals from Brussels with regard to a mutual facilitation of visa regime and hope to launch negotiations on a relevant bilateral agreement. We believe that freedom of movement is one of the key elements of enhanced partnership and cooperation.

In recent years, strengthening the regional component has become a distinct feature of Kazakh – European cooperation. Kazakhstan has been actively involved in drafting a new EU Strategy for Central Asia. We have suggested taking into account both regional and country-specific approaches as well as harmonizing national priorities for Central Asian countries. The EU – Central Asia Ministerial Meetings have become a good tradition. In November 2012, the sixth Ministerial Meeting took place in Bishkek.

Kazakhstan supports further implementation of ‘the EU and Central Asia: Strategy for a new Partnership’. We believe that the Strategy is an essential and timely document that seeks to provide stability not only in Central Asia but on the whole Eurasian continent.

A new Enhanced Partnership and Cooperation Agreement is a key agenda item of our bilateral cooperation.

Kazakhstan considers the signing of a new comprehensive agreement with the EU as a great chance to legalize a new level of engagement between the parties and provide a sound legal basis for further development of the cooperation potential.

Currently, there are many areas where there is a clear common interest of our countries in continuing cooperation, not only in the economic and trade partnership but also in the struggle against contemporary threats and challenges, as well as in promoting international security and stability.

The main purpose of the new agreement is to define the concept of ‘advanced partnership’ and to create effective tools for its implementation.

Three rounds of official negotiations on the Agreement have already taken place. We are preparing for the fourth round of negotiations to be held in Brussels this year.

The content of the future Kazakhstan-EU agreement is considered with regard to the prospects of Kazakhstan’s accession to the WTO and the developments taking place in the Customs Union and the Common Economic Space.

To unlock the full potential for cooperation between Kazakhstan and the European Union, we need to make new steps based on a constructive dialogue, mutual respect and recognition of existence of diverse ways of development.

The author is Director of Europe Department of the Ministry of Foreign Affairs of Kazakhstan.