The main objective of the World Anti-Crisis Conference was to develop proposals for all areas of UN’s anti-crisis plan. This document is intended to offer the world a way of maintaining a sustainable and balanced growth. 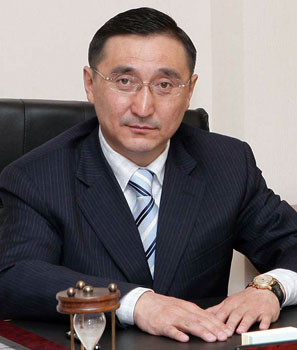 The basic idea of the conference was to elaborate further incentives for the development of international cooperation, trade and investment, which will provide global and national financial stability through open, integrated, transparent, predictable and responsible management of systemic risks.

Indeed, the current state of the world economy is vulnerable. According to a well-known economist Nouriel Roubini, the cumulative problems of the developed countries, in particular, the financial problems of the U.S. and Europe, stagnation in Japan, with 30% probability may turn into a “perfect storm,” the full force of which will fall on the global economy.

In parallel, the U.S. economy is adapting to the effects of budget sequestration. Definitely, this measure may hinder the process of economic recovery.

In Japan, the budget deficit and country debt remain at a high level against the background of slower growth. The Bank of Japan is taking firm measures to control the rate of inflation in order to overcome deflation.

Head of the IMF Christine Lagarde at the Davos Forum 2013 expressed opinion that the tools of central banks to overcome the crisis are limited, and they need a comprehensive approach to solving the debt problem. Most speakers at Davos agreed that the specific of the financial crisis is still too complex in structure and its regulation requires more advanced tools. Moreover, among experts there was no unity on the definition of the scope of this regulation and the possibility of its effective implementation in the modern world.

Undoubtedly, the situation in the world economy will have an impact on the dynamics of Kazakhstan’s development. According to expert opinions, in 2013, Kazakhstan’s economy will keep moderate growth at the level of 5.2-5.4%. In these circumstances, the World Anti-Crisis Conference held within the frames of the Sixth Astana Economic Forum was of great importance. The agenda of the event attended by many experts, Nobel Prize winners, included not only the problems of reforming the global economy and financial system, but also topical issues of innovative development, nuclear and environmental safety, ethnic and religious tolerance, and other geopolitical issues of our time.

The global conference has strengthened the position of developing countries in the process of the global discussion and decision-making. As noted by scholars and practitioners, the change of key concepts is the change of traditional views on the problem and the choice of a new system of “focal axes.”

Changes in the global economy are significant. We are witnessing an active movement to a new phase of development, where the accent is shifting from the West crisis to the growing economies that have sustained potential of positive development.

According to IMF forecasts, the rates of economic growth in developing countries by 2016 will be twice higher than in developed countries. In this situation, the current positioning of the growing economies requires rethinking. And the participants of the conference reviewed the concept, definition and directions of the assessment of international economic trends related to the growing importance of emerging nations in the global development.

Thus, Astana has once again brought together the efforts of all nations of the world for a systemic search of answers to the challenges of the global economy which will have profound structural and long-term consequences.

The author is the member of the Senate of Kazakhstan and co-chair of the Eurasian Economic Club of Scientists Association.