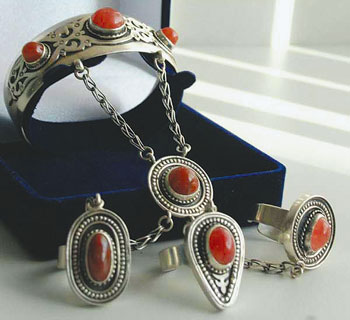 ASTANA – On March 27, the first personal exhibition from famous jeweler Yestay Daubayev opened at the Museum of the First President of Kazakhstan in Astana.

Daubayev has become one of the leading artistic jewelers of his generation in Kazakhstan and his designs have had a wide influence on popular culture. He has also become a prominent designer and organiser of international exhibitions and fairs.

Daubayev has helped design exhibitions of decorative art in the Presidential Centre of Culture (currently, The Nazarbayev Center) in Astana, the “Golden Horde” Exhibition in Uralsk and theAbylai Khan” Exhibition in Petropavlovsk. His sculpture “The Defeated Warrior” won first prize at the Zhiger International Competition.

Daubayev told The Astana Times that his jewelry and sculptures were created as the result of long, painstaking research.

“We have to travel a lot and study historical and museum materials, archaeological finds and the works of folk craftsmen,” he said. 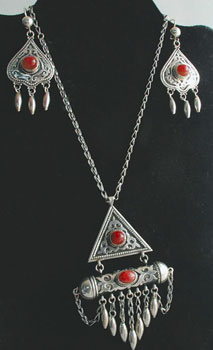 Daubayev has decorated saukele, traditional ancient Kazakh female high, cone-shaped hats, with silver and gold coins, pearls and corals. An example of this work is on display in the exhibition.

Daubayev said his works are designed to speak in a universal language of harmony and perfection, and that they combined the heritage of traditional skills with the expression of spiritual values.

“Skills can be learned by craftsmen and artists from each other and they can be taught to any capable person,” he said. “However, the most important factors are inspiration, inner feeling, intuition and spiritual condition.”

The exhibition is divided into different galleries. The first displays traditional symbols of power such as scepters, maces, standards, rods, horse harnesses and weapons. The second displays his creations of women’s jewelry.

Daubayev was born on June 29, 1964 in the village of Kosagash in the Almaty region. He graduated from the Gogol Art School in Almaty, the Almaty State Institute of Theatre and Art and Abay State University in Almaty.

Kazakh jewelry art shares much with other Central Asian nations, but is also distinguished by its sculpture expressionism, its clarity of forms and its sense of space and symmetry.