The G-Global platform has launched a new project that will carry the debates of the sixth Astana Economic Forum and the World Anti-Crisis Conference in Astana to a global audience over the next month. 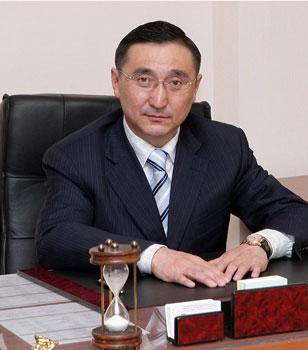 The project was organised by the Eurasian Economic Club of Scientists. It will operate from April 19 to May 19 and will allow prominent scientists, business executives, political leaders and economists around the world, including Nobel Prize laureates to hold an online dialogue on the upcoming Astana Economic Forum (AEF) and the World Anti-Crisis (WAC) Conference.

The project will carry the discussions of the WAC and the AEF to a global online audience thanks to the capabilities of the G-Global platform.

Today, issues of social and economic stability and justice and the international economic, crisis bring confusion and uncertainty to the daily lives of people around the world. Increasingly, people are searching online for discussions and solutions to these problems.

The G-Global communications platform was established on the initiative of President Nursultan Nazarbayev to attract wider circles of in the progressive world community to discuss issues of global development. G-Global is a virtual world where any user can access the activities of international organisations such as the Eurasian Economic Club of Scientists, the Astana Club of Nobel Prize Laureates and the Astana Economic Forum. All users can take part in the debates and discussions.

G-Global debates discuss the reform of the world financial and economic system and the strengthening of integration processes across Eurasia. The platform was launched in January 2012. It seeks to play a role of an electronic Bretton Woods conference, which set up the current global financial system in 1944. The platform therefore was designed to facilitate the search for answers to the fundamental questions of the modern world economy.

G-Global therefore proclaims the equality and right of every person on the planet to be a party to the process of finding solutions to the most pressing problems of modern times. This online “council” opens a new milestone in the process of creating a new global community. G-Global is a constructive force sharing in the process of transforming the established system of global governance. It serves to balance the interests of ordinary citizens and the financial and economic elites.

Conferences of Eurasian scientists, economists and other experts held in Astana over the past four years have introduced many pressing issues into global debate. This process has elevated Kazakhstan into a key nation in this dialogue.

The essence of this transition was also described by Lord Waverley, a member of the House of Lords, the upper chamber of the British parliament. “The Economic Forum in Astana is a significant event in the world political and business calendar,” he said. “It is very symbolic that the subject of these discussions is not only the reform of the world economy and financial system. Here, a wide aspect of problems of innovative development, nuclear and environmental safety, interethnic and interreligious tolerance, geopolitics, and other areas of development are discussed. In this case, the G-Global format is a potential unifying platform of a multi-polar world. I believe that it should be used for constructive purposes, including the establishing of a global dialogue for the sake of sustainable development. The role of Kazakhstan in this sense is difficult to overestimate. The country is becoming an increasingly prominent player on the international arena.”

The unprecedented nature of the G-Global platform is that it functions continuously in online mode, complementing and enhancing the contributions of global experts in the Astana conferences. It offers a forum for bright ideas and contributions from millions of people.

The work of the Astana conferences magnified by the services of the G-Global platform has already gathered scientists and other experts from more than 100 countries thanks to the initiative of President Nazarbayev. It will be presenting and discussing new proposals to reshape the global financial system and prepare the way to introduce a single world currency that were developed by the Eurasian Economic Club of Scientists.

Anatoly Spitsyn, an academician of the Russian Academy of Natural Sciences said the Astana Economic Forum in contrast to similar forums including Davos, presents fundamentally important questions of modern economic development for discussion. It also gives the leading role to the scientific community, led by a group of Nobel laureates. This exclusive feature gives the Astana Forum the intellectual potential to generate new ideas and solutions for global issues.

Speaking at the 12th session of the Boao Forum for Asia, President Nazarbayev said Asia was now the centre of global economic activity which set the tone for global markets. The next stage, he said, would be the rise of Asia as a key source of ideas and models of development. As a result, the international agenda in economics and many other areas would be set on this continent.

“In May 2012, Kazakhstan proposed the idea of creating the G-Global dialogue platform,” the president said. “The need to transfer debates on key issues of the world economy to a global audience appeared because neither the G8 nor the G20 had proposed any new major model for further economic development. This is our initiative to support a systematic dialogue to search for the ways to overcome the global crisis, which now involves 140 world countries […]”

President Nazarbayev also spoke of the need to carry out a gradual transition to a more efficient global financial system. “The development of international trade and investments requires the strict coordination of financial and monetary policy around the world,” he said. “This will help minimise risks and unite efforts to prevent future crises. Many experts support the idea of reforming the international financial structure, in particular the world monetary system, which has shown its particular weakness during the latest crisis.”

The author is a member of the Senate of the Parliament of Kazakhstan.