20th Anniversary of the International Fund for Saving the Aral Sea: Status and Prospects for Cooperation

Water is the foundation of life and secure access to it is essential for a country’s development. Kazakhstan faces acute water shortages in parts of the country and new methods and technologies need to be found to address the problem. 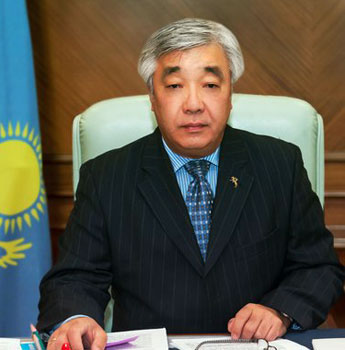 Over the past two decades we have focused heavily on addressing the problem of the Aral Sea.

Once the fourth largest inland water body in the world, the Aral Sea declined spectacularly in size during the Soviet period. This was the result of the diversion of the rivers feeding it for the purposes of irrigation. This had a very negative impact on the agricultural, social and environmental situation of the southern regions of Kazakhstan.

Unfortunately, the Aral Sea today is only 9% of its historical size and its waters have decreased by 24% compared to 1965.

At President Nazarbayev’s initiative, an effort was undertaken in 1993 to reverse the consequences of this environmental disaster through a decision by the Presidents of Kazakhstan, Kyrgyzstan, Tajikistan, Turkmenistan and Uzbekistan to establish the International Fund for Saving the Aral Sea (IFAS).

The main purpose of the Foundation is to unite efforts of the countries of Central Asia aimed at financing projects for environmental improvement and socio-economic recovery of the Aral Sea.

Within the scope of the integrated program of the Government of Kazakhstan and the ASBP, substantial work was carried out to create mechanisms for joint management of water resources in the Aral Sea basin as well as rehabilitation of ecological disaster areas, provision of clean drinking water, health improvement for local citizens and reduction of poverty and unemployment.

In the Kazakh part of the Aral Sea the “Syrdarya Control and Northern Aral Sea” was implemented at a cost of USD 85.8 million. It achieved an improvement of the water situation in the river and the northern part of Aral Sea was restored to the level of 42 m.

In addition, Kazakhstan’s chairmanship of the IFAS in 2008 and the Summit of Heads of IFAS member states in Almaty in 2009 brought new impulse to the activities of Fund.

At the Summit, the Heads of the States gave instructions to establish closer contacts with the international donor community to improve the institutional framework of IFAS as well as to develop mutually acceptable mechanisms for the use of water resources in the region and a new program to assist countries in the Aral Sea Basin Program.

Considerable work was undertaken as a result in the newly created Executive Committee of IFAS in Almaty with the participation of the Governments of the countries of Central Asia as well as the direct support of Kazakhstan’s Ministry of Foreign Affairs over the period 2008-2013.

In December 2008 IFAS was granted observer status at UN, which showed that the Aral Sea problem was now recognized as a global issue.

The IFAS Executive Committee developed the third phase of the assistance program to the Aral Sea basin countries for 2011-2015 (ASBP-3) in close cooperation with the UN system (Economic Commission for Europe, UN Regional Centre for Preventive Diplomacy for Central Asia, UNESCO, ESCAP), the OSCE, the World Bank, the Asian Development Bank, and the governments of Germany, Denmark, Israel, Canada, the Netherlands, the USA, Switzerland, Sweden and other countries.

ASBP-3 has been approved by all the member countries of IFAS and is being fully implemented. During 1995-2000 Central Asia saw the implementation of projects worth about USD 2 billion implemented under ASBP-1 and 2, while the total cost of the ASBP-3 projects amounts to about USD 9 billion.

The participating states have sent more than 300 proposals, all of which were grouped into clusters and united into 44 major project proposals.

Given the fact that in 2013 the chairmanship of IFAS passes from Kazakhstan to Uzbekistan, our current goal within the Fund is high-quality implementation of the ASBP-3 together with our IFAS partners.

It should be recognized, however, that despite the fact that the IFAS Executive Committee and other countries have prepared proposals for the improvement of the institutional structure of the Fund, the basic positions of individual states in the region meant that they could not be approved.

This fact, along with the Aral Sea problem, stands in the way of collectively and comprehensively addressing the issues of water and energy cooperation and taking measures to implement the principles of integrated water resources management in the region.

Our next task is to improve the activity of IFAS under Uzbekistan’s chairmanship and to expand mutually beneficial cooperation among the founders of the Fund in order to restore the Aral Sea for the region as a whole..

The revival of the Aral Sea is only possible with the joint efforts of the peoples of all the countries of Central Asia. We are united by a common history, culture and traditions. The Aral Sea tragedy is a test of strength of our relations of good-neighborliness, friendship and cooperation.

I hope that we will be able to fulfill our obligations to restore the Aral Sea with dignity and leave behind for future generations a sea filled with life.

The author is the Minister of Foreign Affairs of Kazakhstan.