In the strategy Kazakhstan 2050, President Nursultan Nazarbayev called the expansion of the state language use one of the priorities for further development of the country. Stressing the importance of multilingualism as one of the advantages of Kazakhstan, the president asserted that the official language is the core of this system that unites and cements the nation. 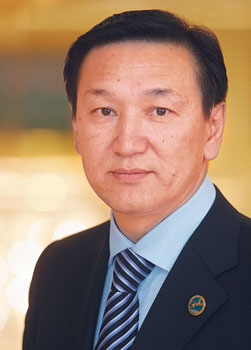 It is important to note that this position is generally supported in Kazakhstan’s society, including among representatives of the many ethnic groups that make up the multiethnic people of this country. It is no coincidence that each year the scope of the state language use steadily expands, especially in the public administration system. The flow of documents is the heart of this process.

The first attempts to revive the Kazakh language within government were undertaken back in 1921. Unfortunately, due to circumstances, they did not progress further. Later, in 1957, the Council of Ministers of the Kazakh Soviet Socialist Republic once again made a special decision on the production of official documentation in the Kazakh language. The initiative was warmly welcomed at that time. However, it weakened over time and between 1970 and 1980 completely lost its relevance. The native language of half the nation was now only encountered on the domestic level.

After gaining independence, the Kazakh language was done justice by being given the status of a state language and since then its standing has slowly but steadily improved. The nationwide movement for the revival of the language has expanded. In 1991-1992, the proportion of students in Kazakh language schools was 28 percent; 20 years later, it has reached 70 percent. A set of dictionaries on different branches of the language has been published, there is active replenishment of a database of Kazakh terminology and higher education specialists are trained on the Kazakh language. Kazakhstan’s first law on languages was adopted in 1997; in 1998, the first state programme for updating and developing languages for 1998-2000 was adopted, the second, adopted in 2001, covered 2001-2010.

Today, the state programme for 2011-2020 is being implemented. It aims to address such timely issues as teaching the state language, increasing demand for the language, improving and systemising the lexical fund, developing the language culture, further unifying official terminology, studying the history of the language, transitioning to the Latin alphabet, training for simultaneous interpretation, expanding the state language in preparation of regulations, using it for international agreements and in business and other steps.

Government bodies have gradually shifted business correspondence to the official language. However, there is still a lot of formalism in this case. It’s no secret that in many public institutions most documentation is prepared in Russian and then translated into Kazakh. I have to underline that this issue could be solved, step by step.

Today, a whole terminology base for the state language has already been formed. Many dictionaries, including those in electronic form, have been published, and some manuals exist. These are all prerequisites for preparing documents directly in the Kazakh language. It remains only to begin and to mobilise; to begin at the beginning, as it is said, and overcome the psychological barriers, the fear of making a mistake. There is no need to be afraid of making grammatical or spelling mistakes: they are all fixable (editorial specialists will catch them). Experience and confidence can be gained gradually by composing relatively small documents first. Success will then lead to writers being proud of their knowledge. In the end, starting this process is patriotic.

In response to the intellectual opponents of this measure, who say that “government authorities do not speak state language, they even do not write in Kazakh,” I must say that in comparison with other public authorities, the Presidential Administration receives all documents in the state language. One quarter of correspondence is received in both languages. Therefore, we can justifiably speak of a positive turn not only in the minds, but also in the practical activity of government agencies.

Language training is promoted by courses organised for our employees. We have a language laboratory where 15 people at a time can be engaged in training and practice. Our department has prepared methodical and auxiliary aids and a dictionary of frequently used terms and phrases in documentation to help our employees. All of them are published on the administration’s internal website. In addition, our specialists are carrying out the very important work of unifying the official terminology of the Kazakh language.

Knowledge of the state language is included in the list of requirements for applicants to vacant state positions. All newly hired employees receive instruction within the department, where the specifics of their work in the office is explained in Kazakh. Our ethnically Russian colleagues in the administration are fluent in the state language and able to prepare documents in Kazakh.

Our process of gradually expanding the application of the state language is being adopted by other central and local government bodies.

Our staff provide methodical help to central government authorities. We give lectures at the Academy of Public Administration and form the jury at competitions held by ministries and agencies and the city akimat (city hall) dedicated to the Day of Languages.

A journey of a thousand miles begins with a single step. We should not have any doubt about the successful future of the state language. It has already started to take its rightful place in the life of the state and the majority of Kazakhstan citizens.

The author is head of the Document Processing Department of the Administration of the President of Kazakhstan.