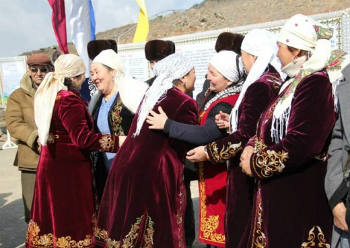 ASTANA – While the major celebrations of Nauryz are only coming to residents of western Kazakhstan, and Mangystau in particular, many people there have already celebrated “Amal – meiramy” (forerunner of Nauryz) on March 14.

Traditionally, Kazakhs of the western territories were the first to mark the coming of spring. They would then pass congratulations to their relatives in other regions. One of the main parts of the celebration is the “korisu” or handshake. Historically, on this day, residents of western Kazakhstan visit elders to greet them with a handshake, ask for blessings in the new year and wish them good health. This day is also traditionally seen as a day to forgive grievances against others. 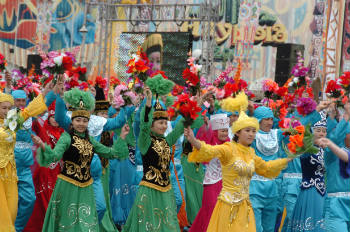 There is a Kazakh saying, which goes, “the number fourteen stands for the new beginning.” In the old chronology, months began on the 14th day of the month.

This year, the people in Kazakhstan will celebrate the Nauryz over a five day period, from March 21 to March 25.