By Maral Zhantaykyzy in Business on 27 March 2013

ASTANA – On March 1st the National Bank of Kazakhstan issued a commemorative coin to mark the 100th anniversary of People’s Artist of the USSR, Kazakh composer Mukan Tolebayev. The bank also released a new, two-volume catalogue price list of the country’s coins, which depicts all the coins issued by the National Bank of Kazakhstan up to 2013. In December of last year, the bank launched an online shop on its website to provide another outlet for those wishing to buy investment or commemorative (collector’s) coins. 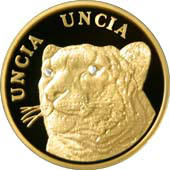 Because of the financial crisis and fluctuations in world economies, people are concerned about the future of their savings. Volatility in exchange rates and falling real estate prices are driving people to look for alternative ways to invest. One of those ways is in coins. According to experts, in 2000s, the price of gold rose almost sevenfold, from $250 to $1,660 per ounce. Therefore, the purchase of investment coins is an investment and accumulation of money in the form of gold and silver of the highest quality.

The National Bank of Kazakhstan annually produces dozens of new coins in different series, which are very popular within the country as well as abroad. The investment coins are made of metal of the highest purity: 999.9 assay. They are imprinted with the name, face value, weight, year of issue and identification of the issuer. They are simple in decoration, but are of standard quality coinage and are uncirculated. The production of uncirculated coins is afforded to only 58 mints in the world. The commemorative coins are minted in the highest quality coinage. In such minting, the coin has a mirror finish with very precise details. The silver coins are 925 assay.

The commemorative and investment coins of Kazakhstan can be purchased at cost in the National Bank on the day of their appearance in the market. Prices can begin to rise quickly the next day. For example, the investment coin in denominations of 10,000 tenge from the Silk Road series to date has a price of 263,000 tenge in the branches of National Bank. The Red Wolf coin released by the National Bank in 2005 was originally worth 28,000 tenge. Today on the market it can sell for over 150,000 tenge. The appeal of the coin is that it is made of gold (999 assay) with two one-millimetre diamonds. The Millennium coin (50 tenge) was worth 3,000 tenge in 2011; at the end of 2012 it sold for 7,000-9,000 tenge. According to experts, the growth in value of Kazakhstan’s coins over the past few years averages 17-18 percent per year.The price of coins reflects not only the weight of their metal but also their artistic value. The value of a coin is also influenced by factors such as its uniqueness, age, physical appearance and circulation. 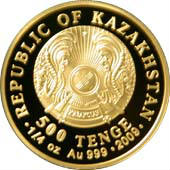 According to numismatists (coin or currency collectors), bank examination procedures to determine the authenticity of Kazakh coins are definitely excessive from a consumer perspective.

“The fact is that investment coins are produced at a high level of technology, and professional collectors or jewelers can determine if the coin is genuine without any costly equipment,” numismatist Sergey Perkhalsky says. “Even with historical coins, where there is an objective need for special equipment… most collectors are not focused on the chemical examination and on the exact version of the coins’ stamps. Even using a 3D machine in the production of counterfeit stamps it would be very difficult to repeat the coin exactly, so the majority of fakes can be distinguished from the originals by their appearance. Commemorative coins are made using high-tech processes, especially when applying small details. But the main thing is that there is no point to forge these coins since it is much easier and more cost-effective to forge ingots.”

On its website, the National Bank publishes detailed lists and descriptions of investment and commemorative coins. The valuable souvenirs are completed in full compliance with their high status and come with a special capsule and a quality certificate from the National Bank of Kazakhstan in Kazakh, Russian and English. 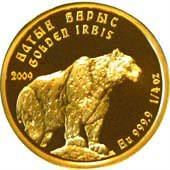 As of March 2013, the National Bank produced 254 varieties of coins, including 130 of silver (925 assay), 49 of gold (999 assay), 62 of nickel silver, eight bi-metallics of silver and tantalum and five bi-metallics of nickel-brass and nickel-silver.

In the CIS, only Kazakhstan and Russia mint investment coins; not many countries in the world do. The Kazakhstan Mint has been accepted into the Association of Mints.

Kazakhstan has its own place in prestigious international numismatic exhibitions, where seven of its domestic coins have been awarded a number of prestigious awards. On January 2011, the commemorative coin Attila from the Great Military Leaders series was named the best coin of the year in the Most Historically Significant Coin category by the World Money Fairs committee of the exhibition in Berlin. The First Cosmonaut, a commemorative silver coin from the Space series, won in the Special Review category of the International Prize Vicenza Numismatica 2012 coin competition in Italy. 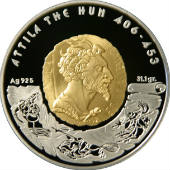 Now, the Kazakhstan Mint has foreign customers who are ready to sell Kazakhstan’s coins abroad. The Mint of Poland buys White Stork and Sultan Baybars coins from the National Bank for distribution or sale outside of Kazakhstan.

In 2013, the National Bank is also planning to produce the silver coin Shurale (a mythical creature from Tatar and Bashkir tales) within the Tales of the Peoples of Kazakhstan series; the silver coins Ice hockey, Olympic Games 2014 and Pole vaulting, Olympic Games 2016 to replenish the Sports series and Petropavlovsk, Taldykorgan and Taraz to add to the Cities of Kazakhstan series. 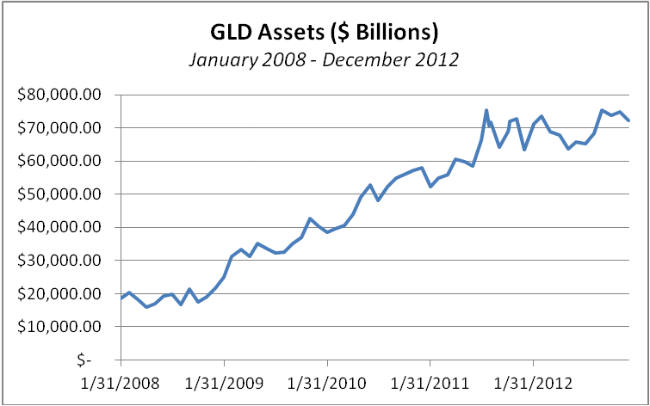