“Kazakhstan’s story is so important, because it disproves the notion that nuclear weapons are important”

By Artur Abubakirov in International on 27 March 2013

OSLO – At a recent major international conference in Oslo called “Humanitarian Consequences of Nuclear Weapons”, The Astana Times talked to Ward Wilson, a famed scholar on the subject at the Monterey Institute of International Studies and the author of a recent book “Five Myths About Nuclear Weapons” which received interested reviews in The New York Times, among others. Here goes. 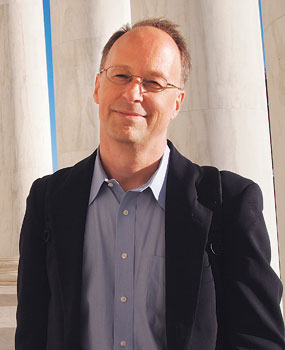 Ward Wilson believes a world without nuclear weapons is not a utopia and sees hope in examples like that of Kazakhstan.

Can we call nuclear weapons the most effective weapons on earth and can we say they have been effective in maintaining a global balance of power and thus to preserve the peace in the world?

I would argue that nuclear weapons are not the most effective weapons on earth. They are the biggest, but the biggest is not always the best.

It is certainly the case that many people imagine that nuclear weapons are enormously effective, enormously important, and politically crucial. But they are also clearly dangerous. They are big, they can blow up a lot of stuff but they are not that useful.

If nuclear weapons give you safety and security, then Kazakhstan should have kept them, and it should have suffered from a lack of safety and security over the past two decades since giving them up. But that has clearly not been the case. The past 21 years since national independence have been the safest, most secure and most prosperous in the nation’s history.

This was Kazakhstan’s condition at the beginning of 1992: It had just become independent, it was right between Russia, a nuclear power, and China, a nuclear power, and it had the fourth largest nuclear arsenal in the world. It had also inherited from the break-up of the Soviet Union a plutonium reactor and a fleet of strategic bombers. Even if it had given back the nuclear missiles on its soil, within a year of independence Kazakhstan could have had a large nuclear arsenal.

So why didn’t Kazakhstan follow that route? Why didn’t it build nuclear weapons? This is an important question that people in the United States, Russia, China, Britain and France should ask themselves. I would hope that Kazakhstan’s story would be thought about more by ministers and diplomats.

There are states with nuclear weapons that oppose proliferation. Is this an example of double standards?

There is a provision in the Nuclear Non-Proliferation Treaty that requires the nuclear-armed states to work toward disarmament. Increasingly, it seems as if the United States, Russia and China, Britain and France seem to think they have a right to have nuclear weapons because they are rational, careful, and mature and no one else should. And that is just clearly wrong.

We were talking yesterday about Iran and someone said “Well you know, we were rational during the Cold War but increasingly there are irrational actors in the world.” And I wanted to remind him about Soviet Premier Nikita Khrushchev taking off his shoe and banging it on the podium when he was addressing the United Nations. It seems to me that the notion that we are rational, that the P5 are rational and everyone else is irrational – that is just silly. Craziness, madness is not limited geographically. The real danger is not a madman with a nuclear weapon–with five nuclear weapons in Africa or Asia–the real danger is if you had a world leader like possibly some future U.S. president or Russian president who goes crazy. Then you end up with a real problem. Madness isn’t geographically limited. People are not sane here and crazy there, crazy people occur everywhere.

The notion of limiting proliferation is a good one, but the notion that some people get to keep nuclear weapons forever and tell everyone else what to do is stupid.

At this conference, many participants seem to agree that in a near future we should anticipate a nuclear conflict, possibly initiated by terrorists?

I do not know if the conference proves that is a serious possibility, but I certainly believe it could happen. If you want to have a terrorist get a nuclear weapon, all you have to do is keep going exactly the way we are going now. Slowly but surely, nuclear weapons are spreading to more and more countries. That means, there are far more chances of selling them out of the back door.

I am not just concerned about terrorists. There is a real danger these weapons could get used in a war. I’ve read too much history and I know of too many instances when leaders did irrational things.

This conference shows that there are countries that are concerned about nuclear weapons, particularly about the effect of nuclear weapons. What will happen and what will come out of it, I do not know, but I hope something good.

What is the value of this and other international conferences like this in making any practical steps forward towards the goal of nuclear disarmament? What could be a practical tool to achieve a nuclear weapons free world?

I would like to see a conference that Kazakhstan takes a leading role in, that results in a book and tells the story about all the countries that gave up their nuclear weapons and why they gave them up.

Such a book could contain 12-15 stories that all say, “We thought about having nuclear weapons, we had a few after the breakup of the Soviet Union or we built some of our own like South Africa, and then we thought about it and we decided that this is crazy.”

Such a conference would powerfully make the argument that if there were a vote between the countries that have nuclear weapons, and those that don’t have them and don’t want them, then the supporters of nuclear weapons will lose. They will be outvoted. So I want someone to tell that story.