ALMATY – With growing Internet penetration influencing all social spheres of life in Kazakhstan, the country is working to raise its online services to global standards. The Astana Times met Shavkat Sabirov, president of the Internet Association of Kazakhstan (IAK) and asked him about the current situation and future prospects. 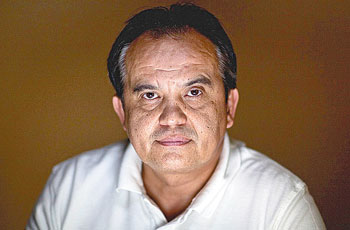 What does the IAK do?

Today, the Internet Association of Kazakhstan has 34 members and the number is growing. These are professional communities. We are united in the association in our efforts to bring together all those who work in the Internet sphere because Kazakhstan, despite its vast territories, is actually very small. We have only about 17 million inhabitants and those who do business here have the same common interests. The association is meant to protect these interests, as well as representing its members in government functions and perhaps even in events that concern the international community.

The Internet is rapidly developing, and it is necessary that the laws affecting its progress must be adopted in a correct manner and in accordance with our recommendations. As a social organization, we can voice our proposals and recommendations on questions of development. It is another question as to whether our comments and remarks will be listened to, but working in our capacity, we do everything we can so that our recommendations and opinions are considered.

We have participated in drafting a new law on electronic money, which is fully functioning now. We have played an active role in the project about copyrights on the Internet. We have started a special Internet resource called www.zakonoproekt.kz for the purpose of hosting public discussions.

The IAK actively engages in the fight against unlawful content, including content that propagates terrorism, extremism, violence, child pornography, and similar content. In principle, unlawful is by definition forbidden, but we believe that not only do the government law-enforcement agencies have to fight it, but society as a whole. To this end, we have created another project called www.safekaznet.kz through which every user can complain and report that they have found unlawful content. So we as a civil society recognize our job is to monitor these activities.

We also hold roundtables trying to connect the Internet community. We work with practically every government agency. We work with communities that are not our members, but that doesn’t prevent us from working with them.

Will the switch of the Kazakh language to the Latin alphabet have any effect on the development of the Kaznet?

I think it will have a significant effect and a very positive effect at that. After all, we shouldn’t forget that Latin is the basis of the world fund of scripts. Then there are other countries that have already gone through this, whose examples we can follow. We are not the first, and probably are not the last. I don’t think, for example, that Turkey lost anything from their language’s switch to Latin. Turkey only won.

Just think about it: Today, in the Kazakh language we have only three official printing fonts: Times New Roman, Sans-serif, and something else. These are fonts that work correctly in any programme such as Word, Excel and MS Office. And they also have to work correctly in designer software.

Today, every sphere of business is connected to a computer. And every programme that you use has to have the Kazakh fonts because they work correctly. Ideally, we should have around a thousand fonts to be able to use any of them. In this light, the Cyrillic alphabet in which the Kazakh language is used today creates difficulties because developing a single font and its public use costs about $40,000. So if we want to develop even just a hundred fonts, it becomes a giant number. It is understood that developing Kazakh fonts that would work in different programmes is the responsibility of the government. And to do so, it would have to spend large sums of taxpayer money.

The switch to Latin allows us to quickly and efficiently use all of the fonts that are already available. It will be most difficult for the generation that lives through the switch, for those who use Cyrillic. But then again, you can already see a lot of Kazakh content being written in Latin, and many are already using translit typing, which in essence is the switch to Latin. It will be difficult, but I don’t think it’s a global problem that will turn the world upside down.

Access to the Internet in Kazakhstan reaches only 50 percent of the population. Is that a problem for society?

We have a term called “penetration of the Internet,” and I think last time it was announced at 40 percent to 50 percent. This doesn’t, however, mean that out of 17 million people 8.5 million go online. No, penetration of the Internet is a specific parameter that is based on certain conditions. For example, a person must go online at least five times a day from a home or work office, and there are certain criteria. Take me for example, I have two mobile phones, both of which I use to access the Internet. I can also use my tablet device, I can use my work computer, and I can go online from home. And everywhere I have different accounts. These accounts are counted together, summed into one and calculated.

Today, we don’t have a problem with access to the Internet. Moreover, the speed of service providers gives a good opportunity for everybody to go online. The latest 4G, the LTE standard, which is provided by a Kazakh company, gives mobility and a good channel of communication. Today, I tried it on my own mobile device, and uploaded and downloaded at approximately 15 Mb each way. I think this is a very decent speed which is good. Also, considering that access to the Internet is provided in packages with television, phone services, and so on, it is easy to connect. Even in different regions of Kazakhstan, mobile phone operators allow free access to the most popular social sites like Facebook and Mail.ru, regardless of the traffic. So the provinces today add to the number of users of the Internet because it is cheaper for you to send a message through an instant message service rather than by SMS.

You know, this is a stick with two ends. On the one hand, this is a heritage of technology and a level of development of a society creating a so-called global information society where every country builds its own online society, including Kazakhstan. And access to the Internet is a benefit of these mobile phones, gadgets and tablet devices.

In principle, a mobile smart phone filled with complicated fancy functions is becoming a norm. From the point of view of children and young adults, we have a branch in the Internet Association that fights the proliferation of unlawful content, and we try to fight for a safe Internet. In 2010, all service providers and hosting providers signed a declaration of safe Internet. We have it on the website on www.safekaznet.kz, they have taken the moral responsibility to provide a safe Internet to our children.

Other than that, we also have constant monitoring so that all Internet resources have a strict policy against child pornography, pedophilia and comparable pathologies. Europe and North America have taken an immediate and clear stand about their position. They warn users that in case of an upload of unlawful content that not only will it be deleted, but the information will be passed on to the appropriate authorities.

All I can say is that in the last few years I have attended many international forums and events on behalf of the Internet Association of Kazakhstan. I actively participate in conferences and seminars. I have recently come from Vienna where for a few days within the framework of the Organisation for Security and Cooperation in Europe (OSCE) we looked at issues concerning the Internet. This included questions of regulation of the Internet, the safety of the upcoming generation, issues of self-regulation, blocking and filtration and other subjects.

I think today the Internet realm is becoming so important and fundamental to us that it is impossible not to notice what goes on there. Today, an overwhelming number of people are getting their news from the Internet and the traditional means of mass media are weakening: It is no longer a secret. The people are going online for their news: They meet each other over the Internet and even get married through the Internet. What seemed absurd even a few years ago, “So you met over the Internet? What? Wow, isn’t that something!” Today, it seems normal. The interaction that is happening today is taking place through this means of communication. A lot depends on the Internet.

I would like to say that the Internet Association of Kazakhstan is developing, but it is impossible to do so if it is isolated from the rest of the country. We need close cooperation with different countries. We need to know the laws and regulations of different countries so that we easily harmonise with them.

Within the framework of the Customs Union and the Single Economic Space, questions of cyber-crimes come to the forefront. A cyber criminal does not know borders but in reality they do exist. There’s Russia, Kazakhstan, and Belarus in the Customs Union and there are new laws being prepared for this sphere. For this reason I think that in the near future, the discussions that are being held on an international level, all countries will have to come an understanding about what is obviously unlawful content, a position on cyber criminals and on questions of free speech and freedom of expression on the Internet will depend on the policy of individual states.

For some countries, certain things are unacceptable because of their religious, say Islamic, values. Some countries may even have regional divides. China has its own Chinanet, they have their own policy. But even with all these different laws and norms, I don’t think that countries can’t agree on something. I think in the near future, laws regarding copyrights or terrorism will be adjusted on a level of accords, decrees, and contracts that work on an international level.