First Tamgaly Tas Festival to Be Held in April

By Maral Imanbayeva in Tourism on 13 March 2013

ASTANA – The Commonwealth of Independent States (CIS) has declared 2013 the year of tourism, ecological culture and environmental protection. As part of the events of this year, on April 26-28, the first Kazakhstan Tamgaly Tas (“stones with signs” in Kazakh) International Tourist Festival will be held in the valley of the same name 100 kilometres away from Almaty. 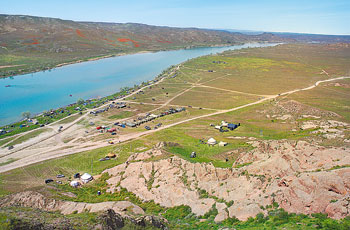 In anticipation of this international event, The Astana Times interviewed Chairman of the Organising Committee of the Tamgaly Tas Festival Timur Eleusizov.

What aims does the festival have?

The festival is aimed at promoting and popularising the identity and cultural heritage of the Turkic-speaking peoples as well as promoting various non-traditional sports competitions for family holidays, active leisure and the development of ecotourism. We also want to attract the attention of international institutions to Kazakhstan’s nature preservation efforts.

How did you come up with the idea for the large-scale festival?

The idea came from my father, Mels Eleusizov (chairman of the Tabigat Ecological Union). Over a 12-year period, Tabigat conducted a variety of events and environmental forums and the Ile-Balkhash Regatta. This year, we decided to combine various types of sport and entertainment and ethnographic and environmental contests and competitions, which from year to year are gaining popularity among Kazakhstan’s citizens, under one brand. The Tamgaly Tas Festival is a big event. In 2001 the first Ile-Balkhash Regatta brought together 400 people and in 2010 it was 5,000, so we plan to attract more than 10,000 people to the Tamgaly Tas Festival.

Who is the official organiser of the Tamgaly Tas Festival? Do you have sponsors?

The Tamgaly Tas Organising Committee and the Tabigat Ecological Union are the initiators and official organisers of the event, which is supported by the Ministry of Industry and New Technologies, the Ministry of Emergency Situations and Almaty City Hall.

Who has confirmed their participation so far?

Our traditional regatta and climbing competition participants will definitely come. Our ranks have been extended with new teams from France, Denmark, Russia, Kyrgyzstan, Uzbekistan and Hungary. 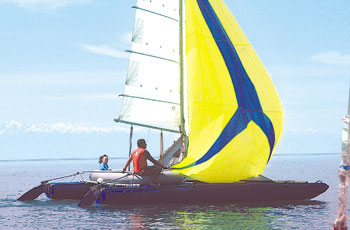 Who can participate in the festival as a competitor and as a guest?

Tamgaly Tas is open for anyone to participate, including people with disabilities. In accordance with the organisers’ intentions, guests and participants of the festival can stay in the tent camp. Anyone can bring a tent or lease one from the organisers. A special bus will run to and from Almaty city. The huge tract of land is divided into zones. Several events will take place at the same time and everyone will be able to choose and participate while enjoying the picturesque landscape of the valley.

Can you tell us more about the programme?

The Ile-Balkhash Regatta competition in sailing and rafting consists of a series of races for different classes of ships. Expect the participation of 30 teams at least.

Popular since the days of Zoroastrianism among the Kazakhs, Kyrgyz, Tajiks, Tatars, Uzbeks and other Central Asian peoples, the game “kokpar” will unite teams from these countries at the festival. In parts of the Middle East, a version of this game is called buzkashi; a similar sport in Europe is called horseball and in South America, it is called pato.

We invite fans of motorcycle sports to participate in the Endurakross race developed for special sports bikes and quads on a closed track with artificial and natural impediments. For the climbing competition, we’ve prepared 50 routes of varying difficulty. 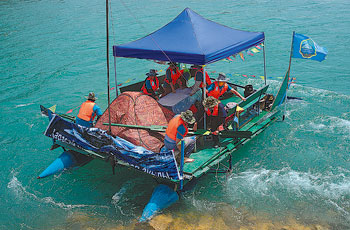 The public will be invited to participate in competitions in beach volleyball, soccer and paintball.

For the first time in Kazakhstan, fire dancers will meet to take part in a festival of fire called Atash, where they’ll be able to demonstrate their skills and share their experiences.

The beautiful half of the festival guests will take part in the Miss Ecotourism 2013 contest, and the best chefs from restaurants in Almaty and the Almaty region will compete in the Best Chef of the Steppe competition.

To promote respect for nature and the formation of an active position on waste management among citizens, we will organise a campaign called Clean Up Your Stuff, which includes cleaning the festival venue and the surrounding areas of the Ili River.

The Tamgaly Tas Valley is famous for its rock paintings more than 2,000 years old. The Tamgaly petroglyphs are under UNESCO protection, but unfortunately some tourists want to leave their own mark, scribbling on the relics. The Tamgaly Tas Festival will create a “Mound of Good Wishes,” importing stones for participants to leave their writing on, which will be piled into a mound of their messages.

The festival will close with a gala concert in the open air, where Kazakhstan’s celebrities will perform alongside foreign artists. The festival jury will announce the results and award winners.

What are your expectations for the festival?

The festival will have a great influence on the country’s image and tourist development, since it opens up the Year of Tourism in Kazakhstan. It will be the basis of the formation of Kazakhstan’s new brand.