ASTANA – Ministers, government officials and deputies of the Mazhilis of Parliament of Kazakhstan, as well as guests from the United States, South Korea, China and Malaysia gathered Feb. 22 at the Lev Gumilyov Eurasian National University for the international scientific conference “Human Capital in Kazakhstan: Status and Growth Perspectives.” 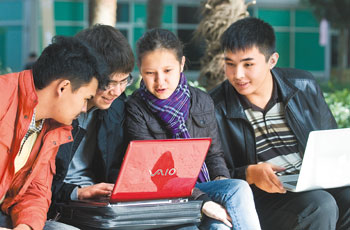 Education in Kazakhstan will go on to the next level.

The conference was dedicated to the 75th anniversary of the famous Kazakh scholar, statesman and public figure, Academician of the Academy of Sciences of Kazakhstan Kenzhegali Sagadiyev.

“Human capital is the basis, the foundation, formed in the modern world, including in Kazakhstan, of the innovative economy and the knowledge society,” Sagadiyev wrote in his recent publications.

Half of Kazakhstan’s teachers will pass a training course on a system developed by Nazarbayev Intellectual Schools and the University of Cambridge. This was announced by Minister of Education and Science Bakytzhan Zhumagulov.

“In the field of secondary education, the introduction of the modern system of teacher training, developed by Nazarbayev Intellectual Schools in conjunction with the University of Cambridge, was a fundamental step. This system has been already launched. In five years about half of the teaching staff of our country will have been trained there,” Zhumagulov said.

“This trend indicates that the state programme of training Kazakhstan’s citizens abroad in a planned mode increases the training of specialists on technical specialties. Therefore, personnel preparation in our country on application-oriented specialties will go on to a new level,” Kelimbetov said.

He noted that in 2012, the number of graduates of the Bolashak programme in application-oriented specialties increased by 23 percent compared to the previous year. This year, growth of technical specialties will increase by 93 percent.
“If by the quantitative indices of higher education Kazakhstan is in 60th place in the World Index of Competitiveness, in quality it is in 101st place among 144 other countries, and in innovative potential only in the 90th place. The rapid growth of the number of higher education institutions and students has led to contradictions between the quantity and quality of specialists’ training,” Sagadiyev noted in his report.

“The solution… advanced by the president of the country in Strategy Kazakhstan-2050 is directly connected to education, to human capital and to investment attachments in this sphere,” he continued.

“The policy of active financial support of the state will provide for the successful solution of three cardinal tasks facing higher education in Kazakhstan: to bring it to a new qualitative level, to reform higher education institutions in research universities and to enter into the world educational space as an equal partner. These problems have already begun to be successfully resolved in Nazarbayev University, around which a scientific innovation cluster has been formed, optimising the network of universities, each year expanding their cooperation with foreign educational institutions. We have started the implementation of the programme, which will bring establishments of primary and secondary professional education out of the status of so-called social ‘piggy-backers’ and into the mass of training professions,” Sagadiyev added.

The event also covered topics such as reforms and their impact on human development in Kazakhstan, knowledge-based economy in the world today and in the future, international best practices in human capital, the prosperity and growth prospects of households in Kazakhstan, the innovative potential of society and environmental quality of life.

The conference was organised by Kazakhstan’s Ministry of Education and Science, the Committee on Social and Cultural Development of the Mazhilis, the Foundation of the First President of Kazakhstan and the Lev Gumilyov Eurasian National University.