ASTANA – The Kazakhstan National Ice Fishing Championship was held under the auspices of the Federation of Sport Fishing of the Republic of Kazakhstan from January 18 to January 20 on Lake Balkhash. 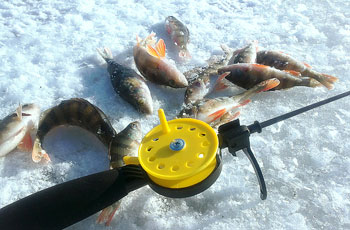 Pikes and bass are typical fish caught by ice fishermen across Kazakhstan in the winter months.

The championship has already become a tradition for fans of winter fishing and every year brings together anglers and athletes to demonstrate their ice fishing skills. As expected, the discipline was represented by teams from the regions traditionally famous for their ice fishing achievements.

Teams from the northern regions demonstrated their advanced ice fishing and teamwork skills. The tone of the event included lots of camaraderie among the teams, which shared their experiences, sports gear, and expertise.

The stakes were exceptionally high at the event for the fishermen because they were also competing to represent Kazakhstan in the 10th annual World Ice Fishing Championship in Wausau, United States. The United States Freshwater Fishing Federation and the City of Wausau will be hosting the WIFC X at the Big Eau Pleine Reservoir Feb. 11-17, 2013. 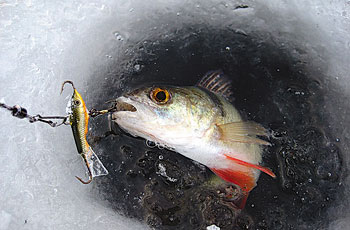 In 2012, the 9th World Ice-Fishing Championship was held in the Republic of Kazakhstan in the Almaty Region at the Kapchagai Reservoir on Blue Bay February 6-12. That was the first time the WIFC was held in Asia.

The international contingent of anglers will bring top expertise, cutting-edge ice fishing techniques, baits and gear to the championship.

After five days of pre-fishing on the Big Eau Pleine Reservoir, the winner of the 10th WIFC will be determined over two days of ice-fishing over two heats on February 16-17. Teams will draw for their sectors and fish a three-hour heat. The combined weights for each team will determine overall rank and score, with the winning world championship team crowned on February 17.

The strongest ice anglers, numerous champions of regional and republican competitions earned spots on the national team of Kazakhstan. The 10th World Ice Fishing Championship offers not only the opportunity for great fishing, but also the opportunity for Kazakhstan’s teams to break through on an international level.