By Yuri Lifintsev in Sports on 6 February 2013 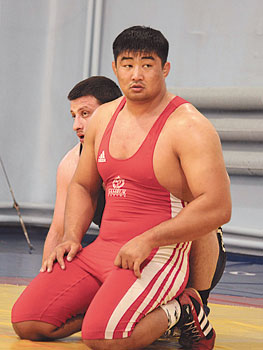 Kazakhstan’s athletes are preparing for a major international tournament to be held in memory of the famous American wrestler, Olympic and world champion Dave Schultz. The event is so significant that several teams, including four groups in Colorado Springs, have begun preparation well ahead of the competition.

The Kazakhstan team dominated at the start, taking over with a score of 7-0. The early victory was followed by a loss, 3-4. The Central Asian athletes then regrouped and won the last two matches with two scores of 5-2.

According to the press service of the Wrestling Federation of Kazakhstan, in the last match two Kazakh wrestlers, Maksat Erezhepov (weight category up to 74 kg) and Nursultan Kalmyrzayev (55 kg) were injured and could not finish the fight.