By Maral Zhantaykyzy in International on 6 February 2013

ASTANA – On January 24, a panel discussion on the implementation of the National Human Rights Action Plan of the Republic of Kazakhstan 2009-2012 took place in Astana. 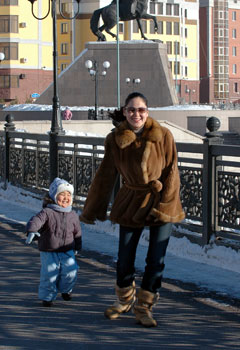 The idea of developing national plans of action for human rights was articulated during the World Conference on Human Rights in Vienna in 1993. The Vienna Declaration and Programme of Action (for the development of specific measures for effective universal and lasting improvement in human rights), which was adopted during this conference and approved by the UN General Assembly, recommended that each country consider developing a national plan of action on human rights.

In 2009, the Human Rights Commission under the President of Kazakhstan developed and approved the National Human Rights Action Plan of the Republic of Kazakhstan 2009-2012. The plan contains specific measures and recommendations for further improvements to legal policy, national legislation and law enforcement functions in line with the norms of international covenants and conventions on human rights ratified by Kazakhstan.

From March 2011, Kazakhstan’s International Bureau for Human Rights and Rule of Law, in partnership with the International Centre for Journalism MediaNet and Legal Policy Research Centre have worked together on a project titled Monitoring of the Performance of the National Action Plan for Human Rights 2009-2012, funded by the European Union.

To this end, a round-table presentation of reviews regarding the implementation of the plan and its effect on women’s and children’s rights brought together leading experts from civil society, national human rights institutions, government agencies, international organizations, diplomatic missions and nongovernmental organizations.

As President Nazarbayev noted in his annual state-of-the-nation address in December 2012, children are the most vulnerable and indefensible part of the society, and they should not be left without rights.

“Any child who has been born on this land is Kazakhstani. And the state should take care of him or her,” the president said.

“Investing in children today is an investment in the future. The European Union is strongly committed to promoting the rights of children and to meeting their basic needs, which is an integral part of its domestic and foreign policy. As part of the implementation of this commitment, in 2006 the EU adopted a communiqué, ‘Toward an EU Strategy on the Rights of the Child.’ The document imposes on the EU a commitment to promote and strengthen cooperative efforts and the representation of the interests of children within the borders of the EU and globally,” Ambassador, Head of the European Union delegation to Kazakhstan Aurelia Bouchez said. 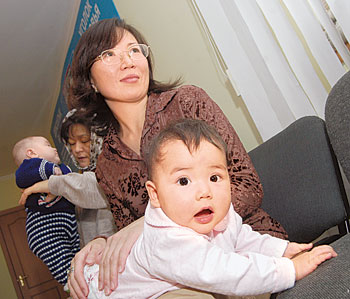 From 2009 to the present, Kazakhstan has adopted a number of regulations aimed at protecting the rights of minors in spheres including labour standards, health, the interests of the child in adoption, humanizing criminal law relationships and many others. The amendments and additions were made to the law On the Rights of Children in Kazakhstan and have brought the national legislation into conformity with the generally recognized principles and norms of international law, including the UN Convention on the Rights of the Child.

In 2010, a study of the level of awareness among children about their rights covered 193,025 children in urban and rural regions of Kazakhstan. More than half the children contacted were aware of the UN Convention on the Rights of the Child, with the highest rates, 89 percent, in the western Kazakhstan and Pavlodar regions. Less informed are repatriated families and immigrants.

Kazakhstan has had some achievements in the field of gender equality, particularly in improving the regulatory framework.

In 2005, President Nazarbayev signed the Strategy on Gender Equality in Kazakhstan for 2006-2010, initiating the implementation of measures aimed at promoting gender equality in social and political life. In December 2009, Kazakhstan adopted the laws On the Prevention of Domestic Violence, and On State Guarantees of Equal Rights and Equal Opportunities for Men and Women.

The president’s initiative in the involvement of women in the economy led to the successful implementation of the Microcredit Programs of Women’s Entrepreneurship for 2009-2015.

“I instruct the government, together with the Presidential Administration, the National Commission on the Family and Women, the leadership of the Nur Otan political party to develop a concrete action plan to 2016 to promote women’s participation in the spheres of decision-making,” the president has said.

The review meetings were conducted in order to promote cooperation with civil society in determining the next steps for improving legislation and identifying them in order to formulate a new National Human Rights Action Plan for Kazakhstan up to 2020, which will have specific objectives and actions, not recommendations.

The human rights defenders made their first proposal: to give the future national plan the status of a legal act or take it for execution after the approval of the presidential decrees, and, secondly, to establish a National Ombudsman for Children’s Rights.