Light Rail System to Come to Astana by 2017

By Aibek Otarbayev in Astana on 6 February 2013 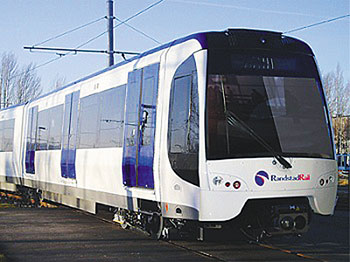 A new light rail transportation system is due to appear in Astana by 2017. According to the akimat (district government) of Astana’s Saryarka district, up to 50 light trains will operate.

Currently, on the instructions of the President and the Government of Kazakhstan, Astana City’s akimat (government) is implementing a project called “New Transport System of Astana City”. It envisages the creation of a rapid light rail transit system, which will become a major trasport system for the capital combinig all transport means of the city.

The project will be executed in three stages. The total length of light rail line will be 42.1 kilometres. The on-the-ground part of the light rail system will be more than 12 kilometres long, while the elevated part will stretch for 30 kilometres.

Given Astana’s continental climatic contitions, it is planned to build enclosed-type ventilated heated stations. To ensure safety and convenience for passengers there will be subways at the stations, equipped with elevators and escalators. The platforms will be separated physically from the tramway by the system of automatic access with glass doors opening simultaneously with a tram’s doors.

In 2017, Astana is preparing to host the specialized international exhibition EXPO 2017 which is expected to draw several million visitors to the city over a span of three months.