Let Us Act before It Is Too Late

I want to address the Government of the Democratic People’s Republic of Korea as a survivor of nuclear weapons testing with the words of Kazakhstan’s writer Rollan Seysenbayev: “Pursuing nuclear superiority cannot be an act of self-defence of any country in the world. The souls of us all – Asians, Europeans Africans, Americans tremble alike when we love or cry…” 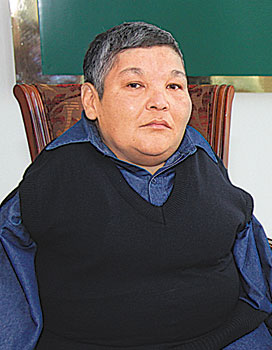 We have to mobilize global public opinion more actively towards the elimination of the nuclear weapons threat.

Louder than ever before, the world should declare, “We have to destroy all nuclear weapons, we have to stand as one and say no to nuclear war!”

I reject the pessimistic voices that doubt the weapons race can be halted. I believe our destinies are in our own hands and it is in our power to save the future.

I call on the world and each one of us to support a nuclear weapons-free world.

The author is Honorary Ambassador of The ATOM Project.