The Economist Intelligence Unit in London has included Kazakhstan on its most recent list of best countries to be born in. 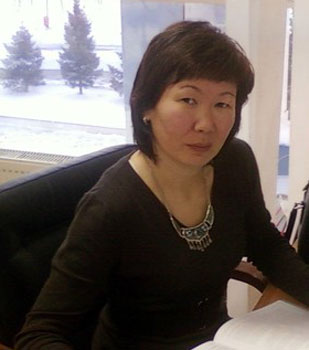 In the ranking of 80 countries with the best quality of life, the EIU listed Kazakhstan at No. 74. Its experts took into account 11 indicators including geographical position, climate, politics, demographics, income level, GDP, life expectancy and freedom.

The EIU rated Switzerland as No. 1 in its rankings. It listed the remaining top 10 nations to live in as Australia, Norway, Sweden, Denmark, Singapore, New Zealand, the Netherlands, Canada and Hong Kong. The United States was ranked No. 16.

Other surveys have rated Kazakhstan more highly. Authors of the EIU rating determined the state of development of the countries for the coming 17 years considering only 11 criteria. But, it seems that such a definition is not enough to assess fully the level of living of the world population. For example, in September 2012, the World Economic Forum (WEF) announced the results of its annual survey of global competitiveness. These experts analyzed 144 countries through 111 indicators. They ranked Kazakhstan at No. 51, up 21 places from No. 72 in 2011. The WEF survey ranked Kazakhstan in its group of more developed nations in which efficiency and innovation factors played a larger role.

The EIU rankings, in fact, appear questionable compared with the WEF ones. They place Syria, a county engulfed by civil war, at No. 73, ahead of peaceful Ukraine and in between Kazakhstan and Russia, two of the most politically and economically stable states in Eurasia.

Despite China’s continued dramatic economic growth, it is only listed at No. 49 in the EIU list.

In international business practice, decisions on investing in nations are often heavily influenced by such ratings. A nation’s attractiveness to foreign investors is usually assessed on the basis of expert evaluations on its laws regulating domestic and foreign investments; its conditions for capital export; the current state of its national currency; its inflation rate; its political condition; and the availability of its national capital.

Kazakhstan is usually ranked highly on all these factors. Since independence, more than $160 billion in foreign direct investment (FDI) has flowed into the country accounting for 70 percent of all foreign investments in Central Asia. And Kazakhstan remains the most attractive country for international investors among all 12 nations of the Commonwealth of Independent States (CIS). 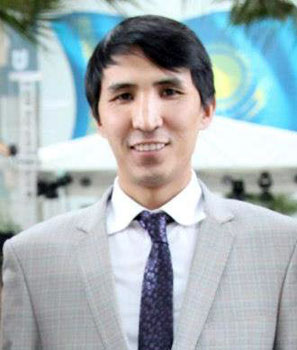 The Kazakhstan Statistics Agency (KSA) has recorded that the percentage of people below the poverty level has decreased by 88 percent since 1996. It stood at only 4 percent for July-September 2012. The country’s unemployment rate also continues to fall. In November 2012, it stood at only 5.3 percent.

Currently, more than 2.5 million people are employed in small and medium-sized enterprises (SMEs) in Kazakhstan. The size and value of this private sector continues to grow rapidly. The private sector has produced 6,847 billion tenge worth of goods since January 2011, contributing 31.8 percent of GDP in that time.

Following the annual Doing Business report of the World Bank, the International Finance Corporation ranked Kazakhstan as No. 49 out of 185 countries included in the survey.

Kazakhstan’s growing prosperity and rising standard of living is reflected in its rising birth rate and life expectancy. In 2000, the number of births exceeded deaths by only 72,000. However, by 2010 births outnumbered deaths by 215,000. Over the past 20 years, maternal mortality has fallen by almost 66 percent and infant mortality by 40 percent.

In 2012, the Lausanne-based Institute of Management Development ranked Kazakhstan at No. 32 on its global competitive list. The IMD listed Kazakhstan as the most competitive country in the Commonwealth of Independent States. The IMD ranked Russia at No. 48 and Ukraine at No. 56.

The Legatum Institute in Britain rated Kazakhstan at No. 43 on its list of the world’s most prosperous countries. This list put Kazakhstan ahead of Russia, China, Belarus and Uzbekistan. The Legatum researchers compared levels of economic development, business climates, government effectiveness, and levels of health care, education, safety and the rule of law, personal freedom and the size of personal incomes.

The Institute for Economics and Peace launched its Global Terrorism Index in 2012. It rated the terrorism threat in Kazakhstan only at No. 47.

This research is based on information provided by global database of terrorism of National consortium on terrorism study at University of Maryland – the world’s largest statistical database regarding terrorist activity containing information on more than 100,000 acts of terrorism over the last ten years. The GTI uses four indicators to measure the impact of terrorism: number of terrorist incidents, number of deaths, casualty figures and levels of property damage. The GTI listed, for example, Norway at No. 21 (it is at No. 3 in EIU ratings) and Israel at No. 20 (also at No. 20 in EIU ratings) as countries whose populations were more at risk from terrorist attacks than that of Kazakhstan.

As with all other rankings, investors and analysts should, therefore, accept the recent EIU ratings with caution and compare them with other rankings to form an objective judgment of the real situation in any given country.

However, Kazakhstan shouldn’t rest on its laurels. The country needs to push ahead with implementing President Nursultan Nazarbayev’s new Kazakhstan 2050 national development strategy to raise the nation’s standard of living to among the top 30 in the world.