What Awaits Afghanistan and Central Asia after 2014?

By Asylbek Mendygaliyev in International on 23 January 2013 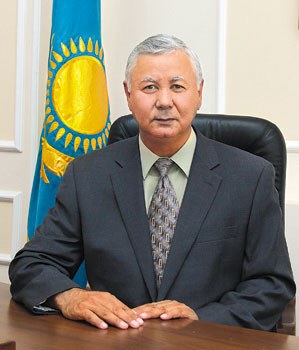 The expert forecasts on the situation in this long-suffering country and in the Central Asian region are leaning more towards pessimistic scenarios. The main expected problems include the possibility of a start of another civil war, the return to power of the Taliban movement, the growth of drug trafficking from Afghanistan, the infiltration of extremist elements into the bordering countries, etc. It is evident that the forecast will vary depending on the development of the situation, but today it is appropriate to consider a number of important factors and existing assessments.

At the NATO Summit in Chicago in May last year, heads of state of the alliance decided to withdraw its troops from Afghanistan. The reason was the fact that the war with militants that had been long lasting and having no future for successful end for the past 12 years. The final document of the summit set the day to turn over the control of security in the country to the Afghan security forces by the middle of 2013. The withdrawal of the coalition troops is to complete by the end of 2014.

Earlier, in early May 2012, U.S. President Barack Obama signed the Strategic Partnership Agreement with the leader of Afghanistan, Hamid Karzai, which aims to provide a comprehensive support to the Afghan government. According to the document, after the NATO forces withdrawal, the American troops will remain in the country, but in significantly reduced numbers. Their task will be to prepare units of national security forces to act independently to ensure security in the country. It is predicted that a contingent of trainers and advisers to the Afghan army and police will be formed based on the NATO troops and six separate states, including Australia, Ukraine and Sweden.

At a time when the western coalition of countries, led by the United States, has come to understanding of the need to withdraw and of the final decision on the withdrawal of the troops from Afghanistan, it is appropriate to recall the words of our President, Nursultan Nazarbayev from his state-of-the-nation address “Towards Free, Effective and Safe Society”, presented as far back as in October 2000: “A special regional problem is Afghanistan… Kazakhstan has always kept a firm and realistic position: there is a need for the national dialogue of the Afghans themselves, and the role of all neighbours and international organizations should be to seek ways for the dialogue. In the Afghan mountains even the armies of the British Empire and military superpower, the Soviet Union, did not achieve victory. To hope that someone will be able to impose an external forceful resolution of the Afghan problem means to have limited knowledge of the history.” The foresight of the Kazakh leader on the possible effects of the introduction of foreign troops in Afghanistan proved to be truly prophetic.

The President of the Republic of Kazakhstan, following the adoption of the UN resolution in 2001 on the introduction of troops in Afghanistan, taking into consideration the interests of the people of Kazakhstan and the international community, authorized the signing of a number of agreements with the states of the international coalition, especially with the United States. They were about flyover permits for NATO planes to fly through the airspace of our country and about landing rights for American planes at the Kazakh airfields in cases of extreme circumstances.

At the initiative of President Nursultan Nazarbayev, Kazakhstan has provided financial and other assistance to the Afghan people, particularly in the field of education such as for the training of 1,000 Afghan students in Kazakhstan, as well as for the building of schools, hospitals and roads in Afghanistan, the provision of flour, rice, military and other assets. Upon requests from the U.S. and other NATO member states, the leadership of our country gave permission legislatively for the passage of military cargo and personnel of the Alliance through the territory and airspace of the country in Afghanistan. The route of delivery of such cargo is called the Northern Distribution Network.

President Barack Obama, during his meeting with Hamid Karzai in Washington on January 11, announced a new American strategy, which envisages a radical change of policy towards Afghanistan. At the negotiations, the American side stated their plans to withdraw the main contingent of troops ahead of schedule. This spring, the Afghan national security forces should take on a key role in ensuring security in the country. The terms of withdrawal of 66,000 contingent of U.S. troops and the goals of the remaining troops in Afghanistan will be specified in a bilateral security agreement. The two presidents came to the realization of the need to establish a representative office of the Taliban movement in Doha for the process of reconciliation between Kabul and the armed opposition in the country.

In general, the main outcome of the negotiations between the U.S. and Afghanistan was the confirmation of NATO’s previously taken decision on the withdrawal of the international coalition from that country.

Meanwhile, Russia’s President Vladimir Putin believes NATO’s troops being in Afghanistan also helps solving the problems of the Russian Federation with regard to the stability and security of its southern borders and the boundaries of post-Soviet states of Central Asia and Afghanistan. He said as much during his working visit to Ulyanovsk in September 2012, stressing that the UN mandated international security assistance forces should not leave the country spontaneously, without implementing the goals prescribed by the UN Security Council.

The consequences of the withdrawal of international forces from Afghanistan may manifest themselves in the possible penetration of groups of militants and extremists into the countries of Central Asia. In addition, the volume of drug trafficking can significantly increase in our own and neighbouring countries. In general, the forthcoming withdrawal of coalition troops amid continuing instability and confrontation within Afghanistan, and the lack of real progress in the revitalization of social and economic processes can have a very negative impact, especially on the situation in Central Asian countries, and more generally on the security of Russia.

That is why on the eve of the withdrawal of troops of the international coalition from Afghanistan, all the states in the region should by joint efforts place a firm barrier to the penetration of extremist elements and drugs trafficking from the territory of Afghanistan, using the potential of the CSTO, and probably, the Shanghai Cooperation Organisation (SCO).

In this regard, the Collective Security Treaty Organization (CSTO) provides continuous duty of troops of the Collective Security Forces, which are located on military bases in Tajikistan (201st Division) and Kyrgyzstan (Kant Air Base) to respond adequately to any aggravation of the situation on the border with Afghanistan. If the need to strengthen these subdivisions arises, it would be appropriate to attract additional part of the collective forces of the CSTO.

With an aim to combat drug trafficking, Russia and the Central Asian countries should strengthen cooperation with the forces of the international coalition and the Afghan government. To solve this problem it is important to strengthen an existing anti-drug operation “Channel” which is being conducted by the CSTO. It corresponds with the interests of the European Union, because the main flow of drugs goes to the Old World.

In addition, it is necessary to continue to participate more actively in international efforts for the economic reconstruction of Afghanistan, supporting its security and ensuring political stability in this troubled country.

The author is senior research fellow at the Institute of statehood, security and development issues of the Nazarbayev Center.