The Myth of Nuclear Necessity

This article first appeared in print on January 13, 2013 in The New York Times with the headline “The Myth of Nuclear Necessity” and is reprinted in The Astana Times with the permission of the author. 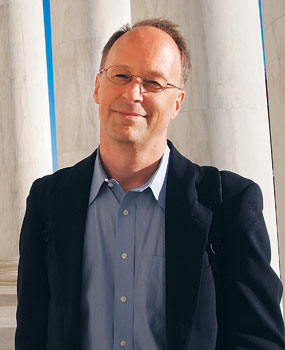 Five years ago, four titans of American foreign policy — the former secretaries of state George P. Shultz and Henry A. Kissinger, the former defense secretary William J. Perry and the former senator Sam Nunn —called for “a world free of nuclear weapons,” giving new momentum to an idea that had moved from the sidelines of pacifist idealism to the center of foreign policy debate.

America’s 76 million baby boomers grew up during the cold war, when a deep fear of nuclear weapons permeated American life, from duck-and-cover school drills to backyard fallout shelters. Then, in the 1980s, President Ronald Reagan’s leadership, combined with immense anti-nuclear demonstrations, led to negotiations with the Soviet Union that drastically reduced the size of the two superpowers’ nuclear arsenals.

Sadly, the abolition movement seems stalled. Part of the reason is fear of nuclear weapons in the hands of others: President George W. Bush exploited anxieties over nuclear weapons to justify the 2003 invasion of Iraq; most Republican presidential candidates last year said they would fight a war with Iran rather than allow it to get the bomb.

There is also a small group of people who still believe fervently in nuclear weapons. President Obama had to buy passage of the New START treaty with Russia, in 2010, with a promise to spend $185 billion to modernize warheads and delivery systems over 10 years — revealing that while support for nuclear weapons may not be broad, it runs deep. That support endures because of five widely held myths.

The first is the myth that nuclear weapons altered the course of World War II. Leaving aside the morality of America’s decision to drop atomic bombs on Hiroshima and Nagasaki, new research by the historian Tsuyoshi Hasegawa and other scholars shows that Japan surrendered not because of the atom bomb but because the Soviets renounced neutrality and joined the war. Sixty-six Japanese cities had already been destroyed by conventional weapons — two more did not make the difference. Attributing surrender to the bomb was also convenient for Japan’s leaders, allowing them to blame defeat on a “miracle” weapon.

Second is the myth of “decisive destruction.” Mass destruction doesn’t win wars; killing soldiers does. No war has ever been won simply by killing civilians. The 1941-44 siege of Leningrad didn’t deter Soviet leaders from pressing the fight against Hitler. Nor did the 1945 firebombing of Dresden force Germany to submit. As long as an army has a fighting chance at victory, wars continue. Building ever more destructive weapons simply increases the horror of war, not the certainty of ending it.

Third is the myth of reliable nuclear deterrence. Numerous leaders have taken risks and acted aggressively during nuclear crises. In 1962, President John F. Kennedy and his advisers knew that blockading Cuba risked nuclear war; they mentioned the possibility 60 times while debating their options. Yet they went ahead. Nuclear proponents might argue that no cold war crisis ever erupted into nuclear war, so deterrence must work. But they’re moving the goal posts.

Originally it was claimed that nuclear weapons would assure success in negotiations, prevent any sort of attack — conventional or nuclear — and allow countries to protect their friends with a nuclear umbrella. When the Russians weren’t intimidated during talks after World War II, the claim about negotiations was dropped. When the Yom Kippur War and the Falkland Islands War showed that fighting against nuclear-armed countries was possible, the prevention of conventional war claim was dropped. The nuclear umbrella claim ought to have been dropped at the same time, but there was too much American foreign policy riding on it for anyone to make this argument. After all, if Britain couldn’t deter an attack on its own far-flung islands, how could deterrence prevent attacks on other countries?

Fourth is the myth of the long peace: the argument that the absence of nuclear war since 1945 means nuclear weapons have “kept the peace.” But we don’t accept proof by absence in any circumstance where there is real risk. We wouldn’t fly an airline that claimed to have invented a device that prevented metal fatigue, proved it by equipping 100 planes with the devices for one year without a single crash, and then suddenly ceased all metal-fatigue inspections and repairs, and decided instead to rely solely on these new devices.

The last and most stubborn myth is that of irreversibility. Whenever idealists say that they want to abolish nuclear weapons, so-called realists shake their heads and say, in tones of patient condescension, “You can’t stuff the nuclear genie back in the bottle.”

This is a specious argument. It’s true that no technology is ever disinvented, but technology does fall out of use all the time. (If you don’t believe me, try to get tech support on any electronic device more than three years old.) Devices disappear either because they are displaced by better technology or because they simply weren’t good. The question isn’t whether nuclear weapons can be disinvented, but whether they are useful. And their usefulness is questionable, given that no one has found an occasion to use them in over 67 years.

NOT everyone wants nuclear weapons. What most people don’t realize is that 12 countries have either abandoned nuclear programs, dismantled existing weapons, as South Africa did in the early 1990s, or handed them over, as Kazakhstan did after the 1991 breakup of the Soviet Union. By contrast, only nine have nukes today (the United States, Russia, Britain, France, China, India, Israel, Pakistan and North Korea).

It’s often assumed that Israel would be the last nation to give up nuclear weapons, given its history and a deep sense of responsibility to protect the Jewish people after the horrors of the Holocaust. But Israel has a powerful conventional military, is allied with the strongest country in the world and its leaders have a keen appreciation of military realities. They understand that nukes pose a greater danger to small countries than large ones. Twenty nuclear weapons used on Israel would do far more overlapping damage than 20 used on Iran.

Small nations have always been vulnerable. In a world without nuclear weapons they would preserve themselves as they always have: by forming alliances with the powerful and avoiding antagonizing neighbors.

France, not Israel, would most likely be the last country to give up nuclear weapons, which help preserve its image as a world power. In a nuclear-free world, France would just be another middle-size power with great cuisine. The real value of nuclear bombs is as status symbols, not as practical weapons.

America and other nuclear powers must pursue the gradual abolition of nuclear weapons, but it will not be easy. Many leaders have little interest in giving up power, real or perceived. Any agreement would have to include stringent inspections and extensive safeguards. It would have to include all current nuclear-armed states in a complicated diplomatic process. But bans on other dangerous but clumsy armaments, like chemical and biological weapons, have been negotiated in the past. These bans — like laws — are sometimes broken. But the world is far safer with the bans than it would be without them.

As Reagan knew, nuclear weapons make the world more dangerous, not less. Imagine arming a bank guard with dynamite and a lighter and you get a good idea of nuclear weapons’ utility: powerful, but too clumsy to use.

Nuclear weapons were born out of fear, nurtured in fear and sustained by fear. They are dinosaurs — an evolutionary dead end. The trend in warfare today is toward smaller, smarter, more effective precision-guided weapons. Nuclear weapons — extremely dangerous and not very useful — are the wave of the past.

The author is a Senior Fellow at the Center for Nonproliferation Studies of the Monterey Institute of International Studies.