By Staff Report in Society on 6 December 2022

ASTANA – Volunteers from 42 organizations, including volunteers from Uzbekistan, received the Volunteer of the Year award during Dec. 5 ceremony in Astana, marking International Volunteer Day, reported the Central Communications Service. 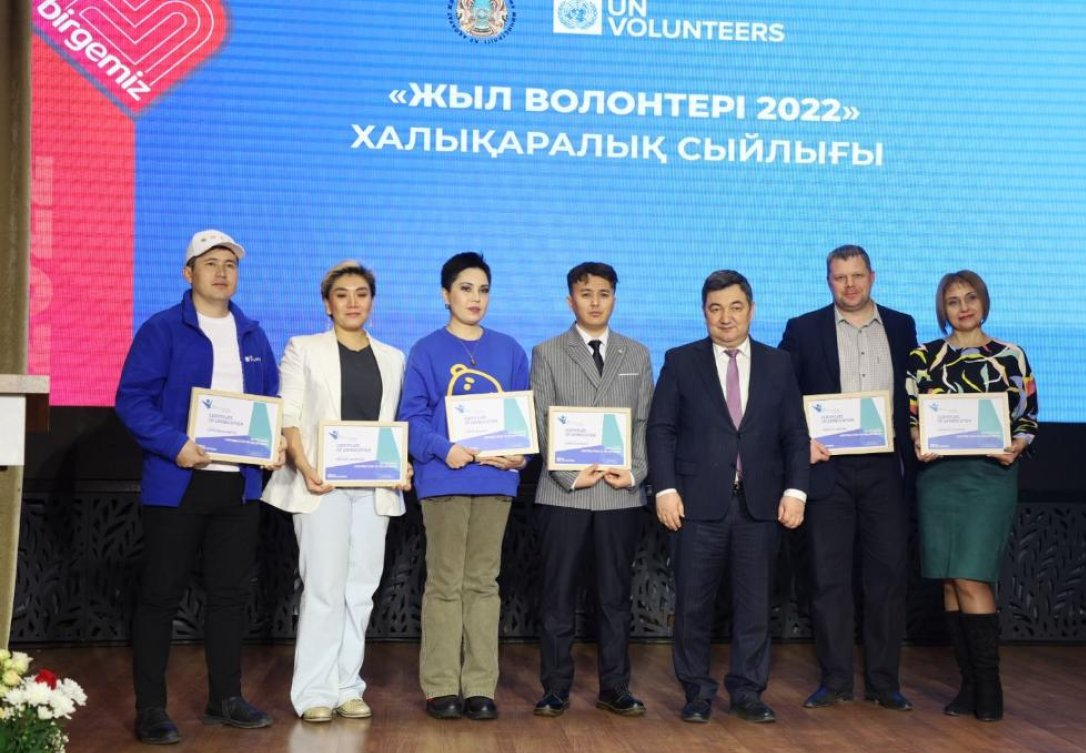 Recepients of the Volunteer of the Year award and Minister Darkhan Kydyrali (without certificate). Photo credit: Central Communication Service.

“The volunteer sector in the country is developing rapidly. Volunteering is becoming increasingly popular among citizens and organizations. The breadth of current initiatives and projects involving volunteers is expanding,” said Minister of Information and Social Development Darkhan Kydyrali during his opening speech.

According to Kydyrali, the number of volunteer organizations in the last two years has increased from 224 to almost 700, while the number of participants has grown from 50,000 to 200,000.

According to the minister, adopting strategic documents and introducing changes to legislation will give impetus to the development of this sphere. The ministry is working with the Kazakhstan office of the United Nations (UN) Volunteers on implementing President Kassym-Jomart Tokayev’s initiative to establish the International Year of Volunteer Mobilization, discussed at the 75 UN General Assembly.