By Staff Report in International on 22 December 2022

ASTANA – Kazakh Deputy Prime Minister and Minister of Foreign Affairs Mukhtar Tileuberdi praised the European Bank for Reconstruction and Development (EBRD) for its contribution to Kazakhstan’s development over the past 30 years at the Dec. 21 meeting with EBRD President Odile Renaud-Basso in London, reported the Foreign Ministry’s press service. 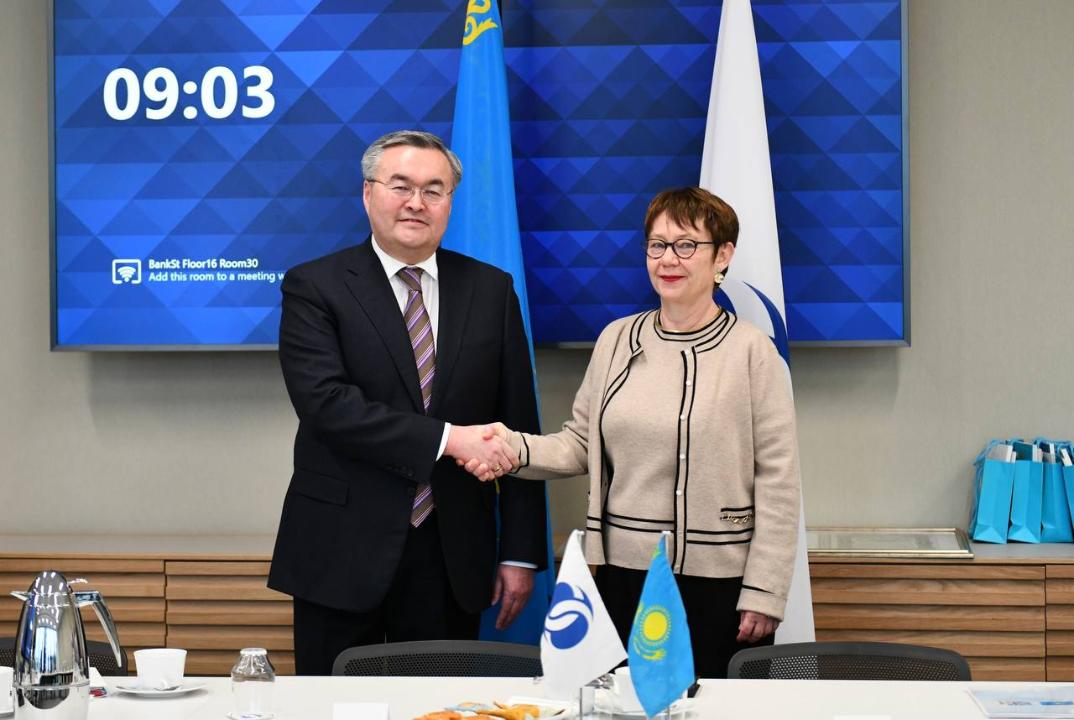 The parties discussed the current status of cooperation and the prospects for expanding it, emphasizing the strategic importance of long-term relationships.

Tileuberdi spoke about ongoing and future projects with the bank’s participation, including the Big Almaty Ring Road (BAKAD) construction project and the gasification of the Thermal Power Plant-2 in Almaty.

“We are interested in broadening cooperation with the EBRD in developing transit and transport potential, logistics routes, alternative energy sources, and urban infrastructure,” said Tileuberdi.

Minister Tileuberdi also delivered an official invitation from President Kassym-Jomart Tokayev to the head of the EBRD to attend the Astana International Forum that will take place in June, 2023.

The visit program included meeting British businesses at the British Expertise International company platform. Participants of the event discussed the implementation of political and economic reforms in Kazakhstan, national economic transformation, ways to increase the country’s attractiveness of Kazakhstan for foreign investments, and promising areas for trade and economic cooperation.

Also, Tileuberdi visited the Parliament of the United Kingdom and met with the Chair of the All-Party Parliamentary Group (APPG) for Kazakhstan, Member of Parliament Bob Stewart. The sides addressed ways to enhance Kazakhstan-UK interparliamentary cooperation, including a planned visit of the APPG to Astana next year.