By Saniya Bulatkulova in Culture on 25 December 2022

ASTANA – French documentary photographer Frederic Noy’s “Alash Orda” photo essay depicting the Kazakh culture and lifestyle appeared in numerous international magazines, including French Le Monde, Le Pèlerin, Le Figaro Magazine, Japanese Newsweek Japan, Norwegian Aftenposten Innsikt and British The Guardian, throughout a year. A series of 22 photos dazzles with their depth as Noy tries to capture the people’s aspiration to keep a memory of the past alive and work to create a bright and prosperous future. 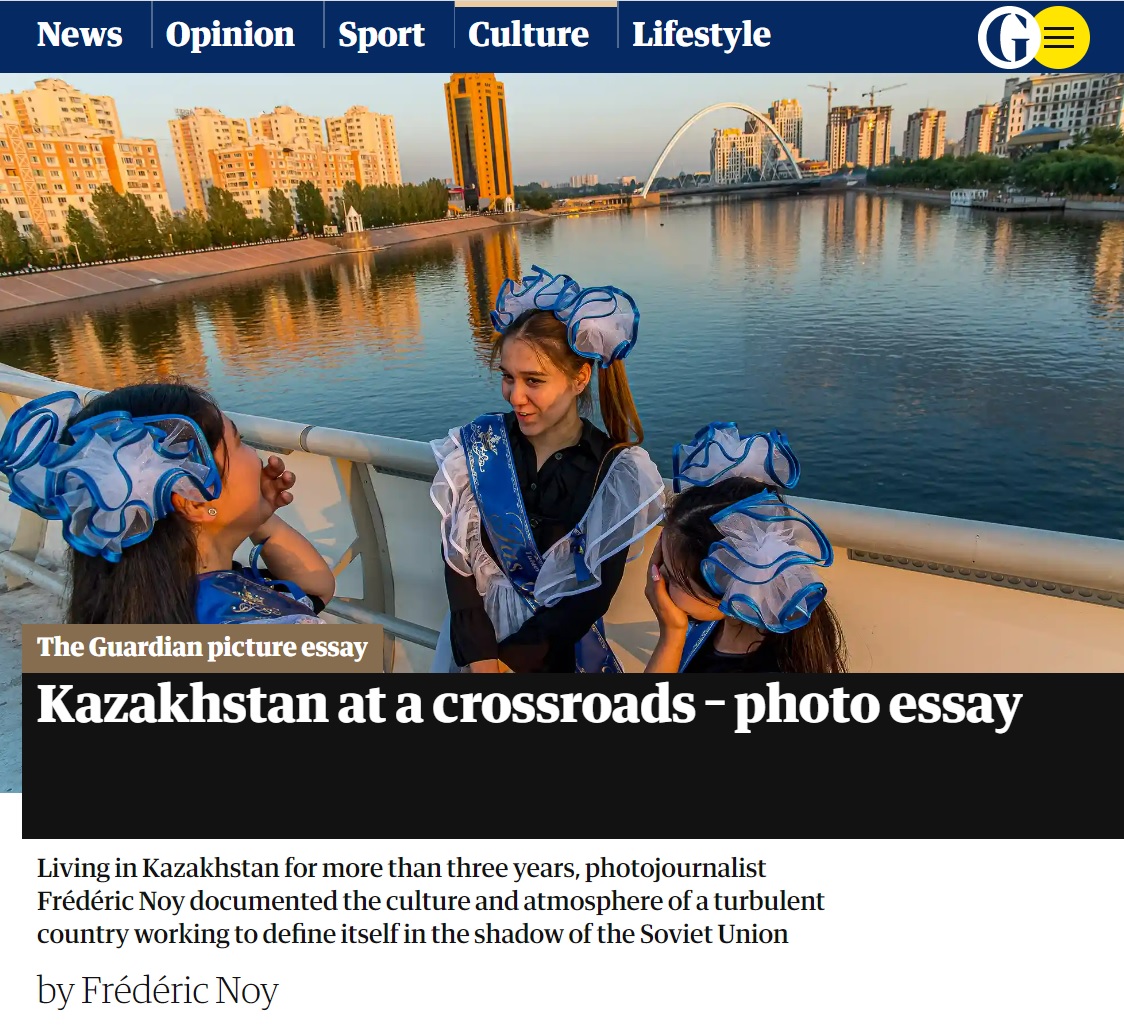 According to Noy, he has been living and traveling around the country for more than three years to collect material for his project.

“Before I came here, I lived and worked on a big project in Uganda for 17 years. Then I searched for a completely new location for myself that I did not know about before,” said Noy, the winner of several international photo contests, in an interview with Baigenews.kz. 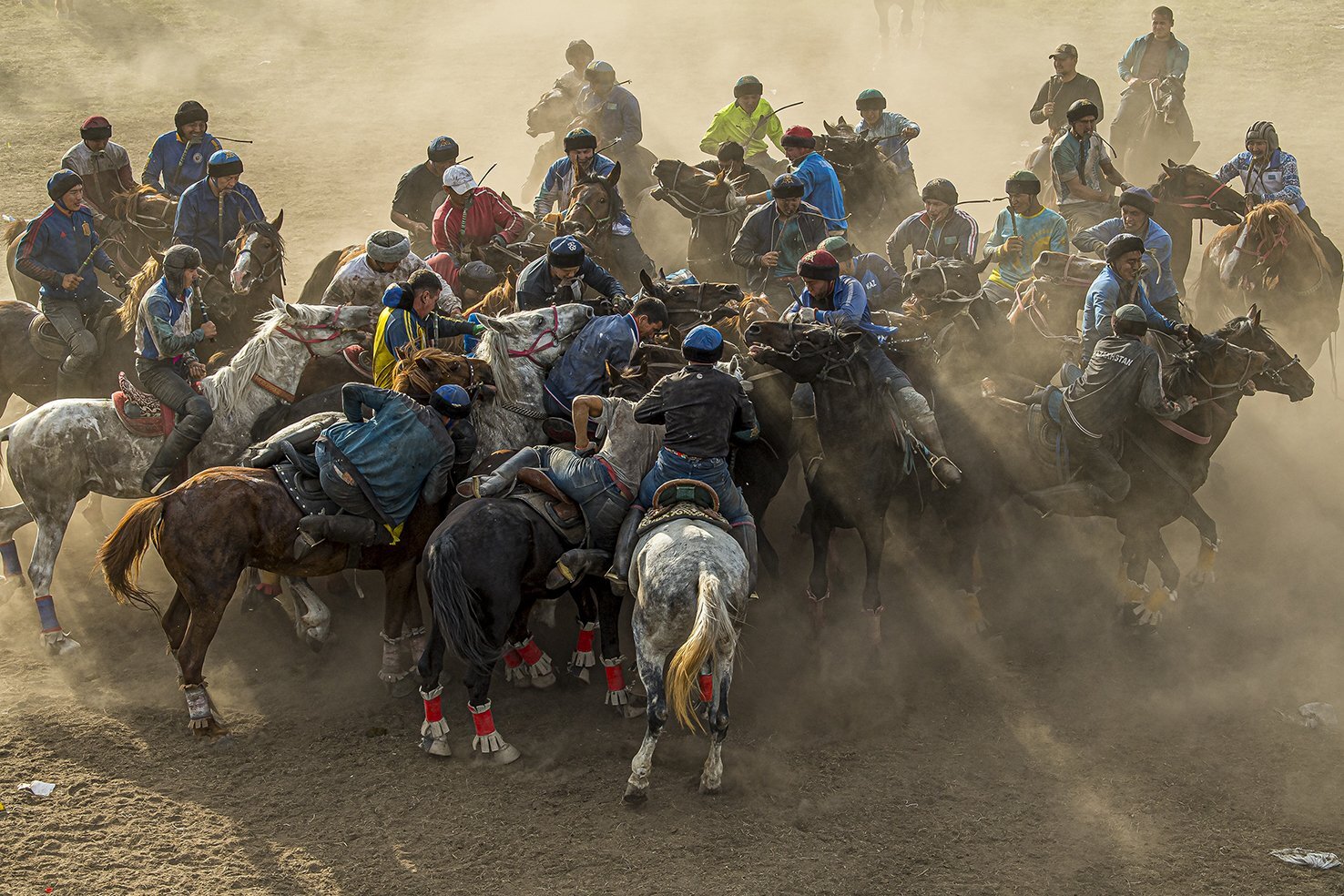 Kokpar is a national equestrian sport, in which teams on horseback try to advance an object toward a goal. Photo credit: Frederic Noy

Explaining why he chose Kazakhstan, he said that the country is a blank space for the Western world and he would like to add his little puzzle to the full picture of the country. 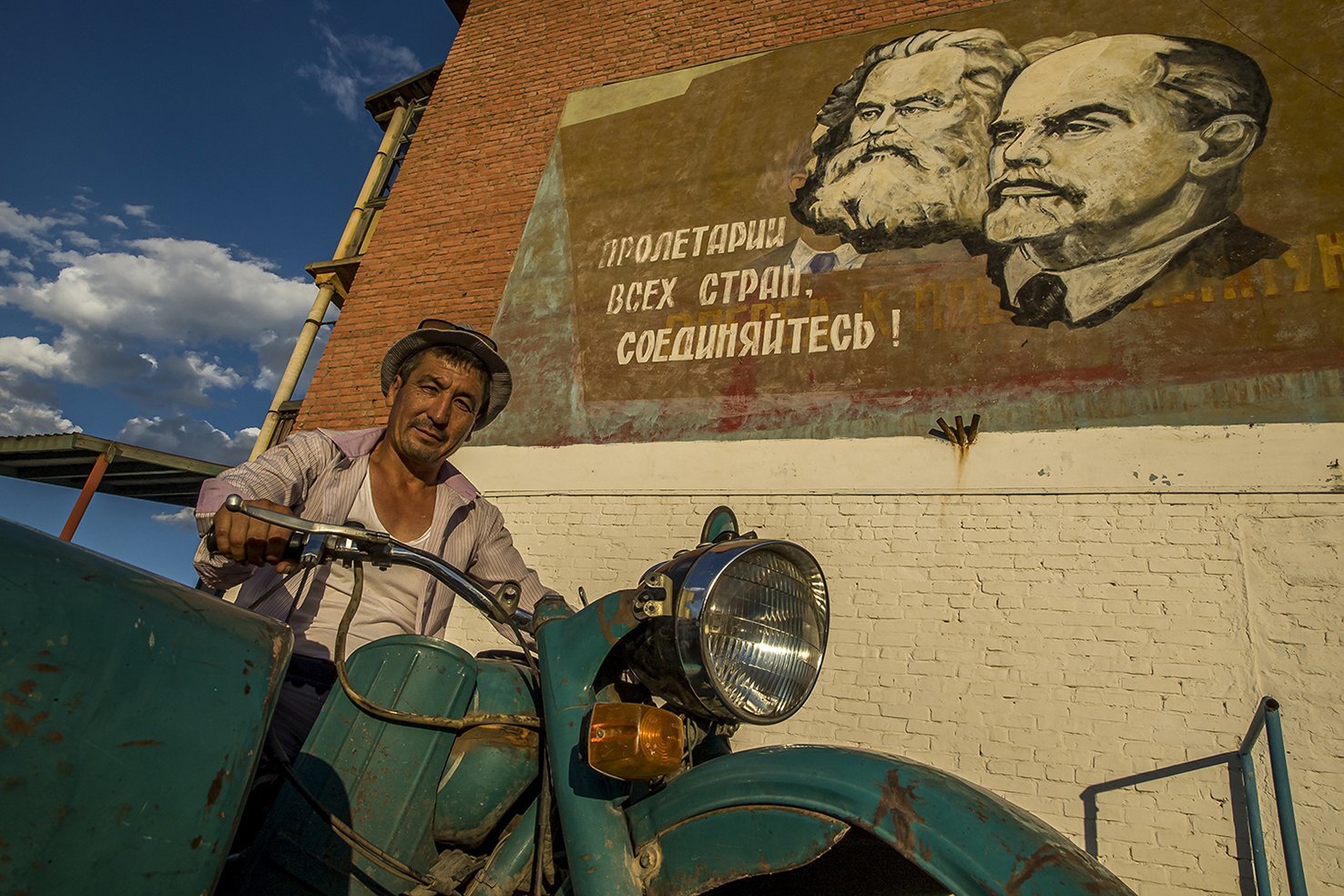 The Soviet mural, which translates “Proletarians of all countries, unite!” from Russian, has recently been renovated in Mirny village located in the south of the country. Photo credit: Frederic Noy

“All I knew about the country before was the ‘Borat’ movie. At that moment, I thought that any author could show the country any way they wanted, and everyone would see it as true just because nobody knew about the country. This fact encouraged me to make a documentary and answer the question ‘What is Kazakhstan? How do people live there?’” said Noy. 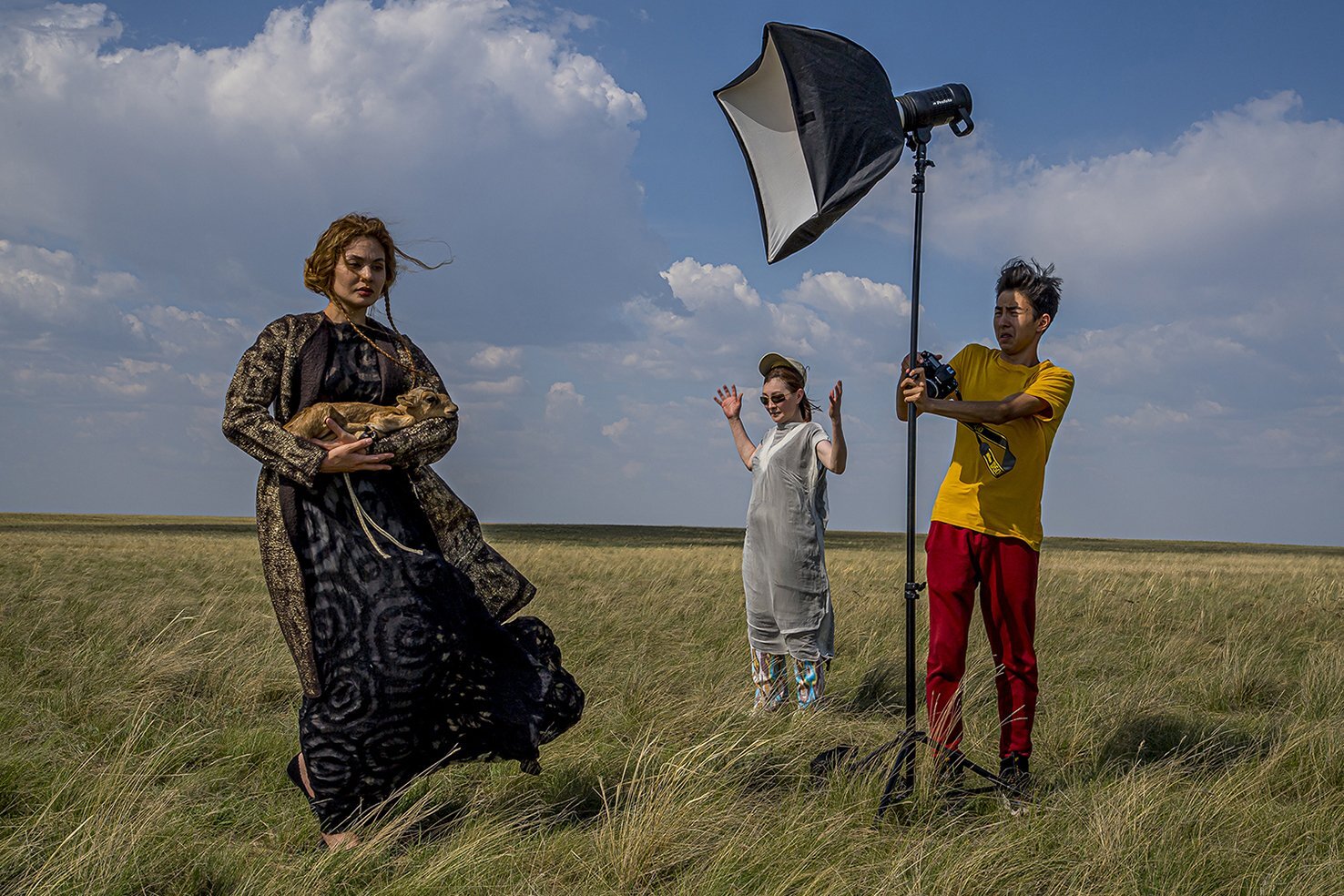 During a photo shoot for a Kazakh artist’s project, local actress Almira Tursyn holds a baby saiga, a specimen of a rare species of Eurasian antelope that lives mainly on the steppes of Kazakhstan. Photo credit: Frederic Noy

Highlighting the five main qualities of people in Kazakhstan, he mentioned their friendliness, cautiousness towards strangers, generosity, readiness for challenges and hospitality.

Noy shared that he plans to write a book about Kazakhstan after systematizing and analyzing all the information he has gathered.