By Dana Omirgazy in International on 10 December 2022

ASTANA – The European Union (EU) is committed to deepening and broadening relations with Kazakhstan in all mutually beneficial areas, according to the EU statement released on Dec. 8. EU also continues working with President Kassym-Jomart Tokayev “to further advance his reforms towards an inclusive, democratic and fair Kazakhstan.” 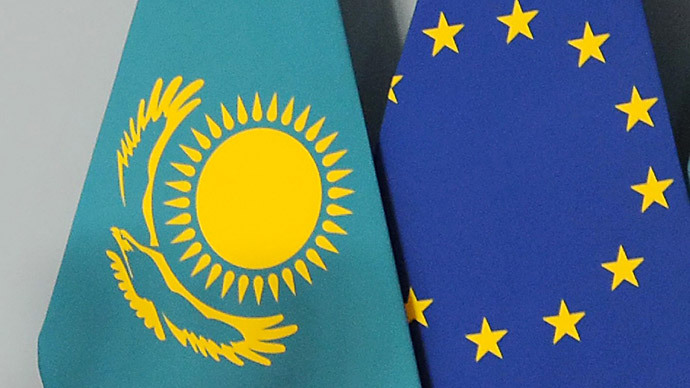 The EU has been working with Kazakhstan as part of the Enhanced Partnership and Cooperation Agreement. The EU prepares to mark the 30th anniversary of establishing diplomatic relations with Kazakhstan in February 2023.

“We took note of the results of the early Presidential election in November, and we welcome the efficient preparation of the elections, as well as the political and socio-economic reforms initiated by President Tokayev this year. The development of resilient, democratic institutions and a strong civil society is key for Kazakhstan’s stability and development. The upcoming Parliamentary elections are an opportunity for Kazakhstan to demonstrate the effective implementation of the OSCE and ODIHR recommendations,” reads the statement.

The statement was published following Kazakh Deputy Foreign Minister Roman Vassilenko’s participation in a meeting of the Organization for Security and Co-operation in Europe (OSCE) Permanent Council as part of his working visit to Vienna.

Vassilenko spoke about the results of the Presidential elections, the reforms in Kazakhstan, and the vision of Kazakhstan for further cooperation with the OSCE. 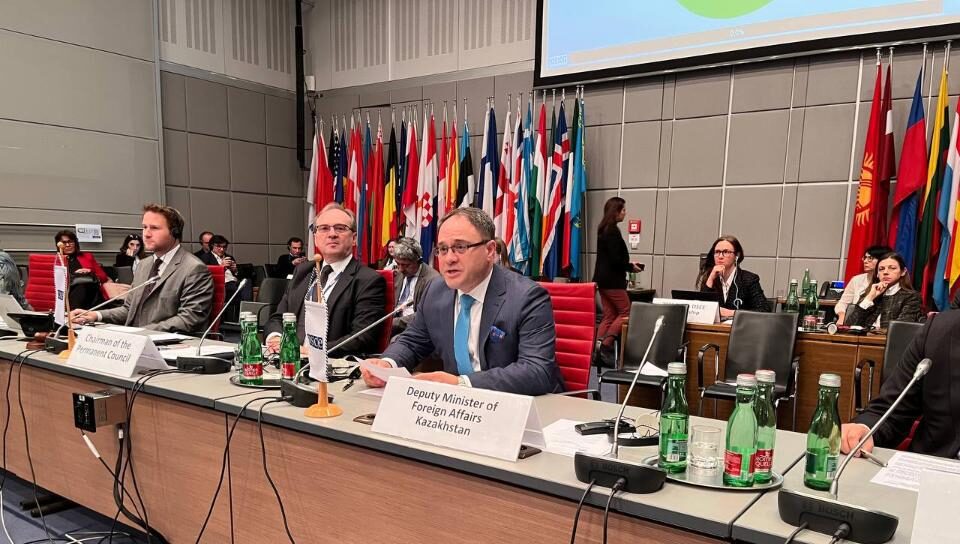 Kazakh Deputy Foreign Minister Roman Vassilenko participates in a meeting of the Organization for Security and Co-operation in Europe (OSCE) Permanent Council as part of his working visit to Vienna. Photo credit: Foreign Ministry’s press service.

“We have received strong pledges of support from many of our partners and hope the OSCE follows in their footsteps and will continue to play an important role in promoting the development and strengthening of democratic processes in Kazakhstan,” Vassilenko said.

He emphasized that the current geopolitical situation requires unity within the organization and called for the OSCE countries to cooperate.

Vassilenko also met with OSCE Representative on Freedom of the Media Teresa Ribeiro to discuss media freedom issues on Dec. 6.

Ribeiro expressed her readiness to continue supporting Kazakhstan in the regulatory and other spheres.

Vassilenko confirmed Kazakhstan’s readiness for continued dialogue with the office.

“The Representative and the Deputy Minister concluded that the authorities of Kazakhstan will be well-served by making a long-term investment in programs to promote and enhance media freedom literacy,” according to the OSCE Office.

Kazakhstan’s reforms in the spotlight of international experts

The ambitious reform program in Kazakhstan will serve as an example for the region as a whole, said Secretary General of the Austrian Foreign Ministry, Peter Launsky-Tieffenthal, at Central Asia: the Age of Reform international conference on Dec. 7 in Vienna, reported the Kazakh Foreign Ministry’s press service.

According to Launsky-Tieffenthal, Austria supports the European Union (EU) policy aimed at assisting the Central Asian states in the implementation of reforms and the process of regional integration.

Addressing the meeting participants, Director of the Diplomatic Academy of Vienna Emil Brix emphasized the importance of the event amid global turbulence and increased interest in the Central Asian region.

During the meeting, Vassilenko addressed the country’s political, social, and economic reforms within the Just and Fair Kazakhstan concept. Vassilenko emphasized the country’s commitment to a multi-vector, balanced and pragmatic foreign policy, in which the Central Asian region is one of the most critical priorities.

The event participants discussed the reforms in the Central Asian countries, particularly Kazakhstan and Uzbekistan, and the influence of internal and external factors on the region. According to international experts, the population’s standard of living and the region’s degree of involvement in global processes will depend on the success of the reforms.