ASTANA – The Astana Opera is staging a premiere of “Kalkaman-Mamyr” in a new genre combining elements of opera and ballet, a few days ahead of the New Year celebration on Dec. 28 and 29, reported Astana Opera press service. 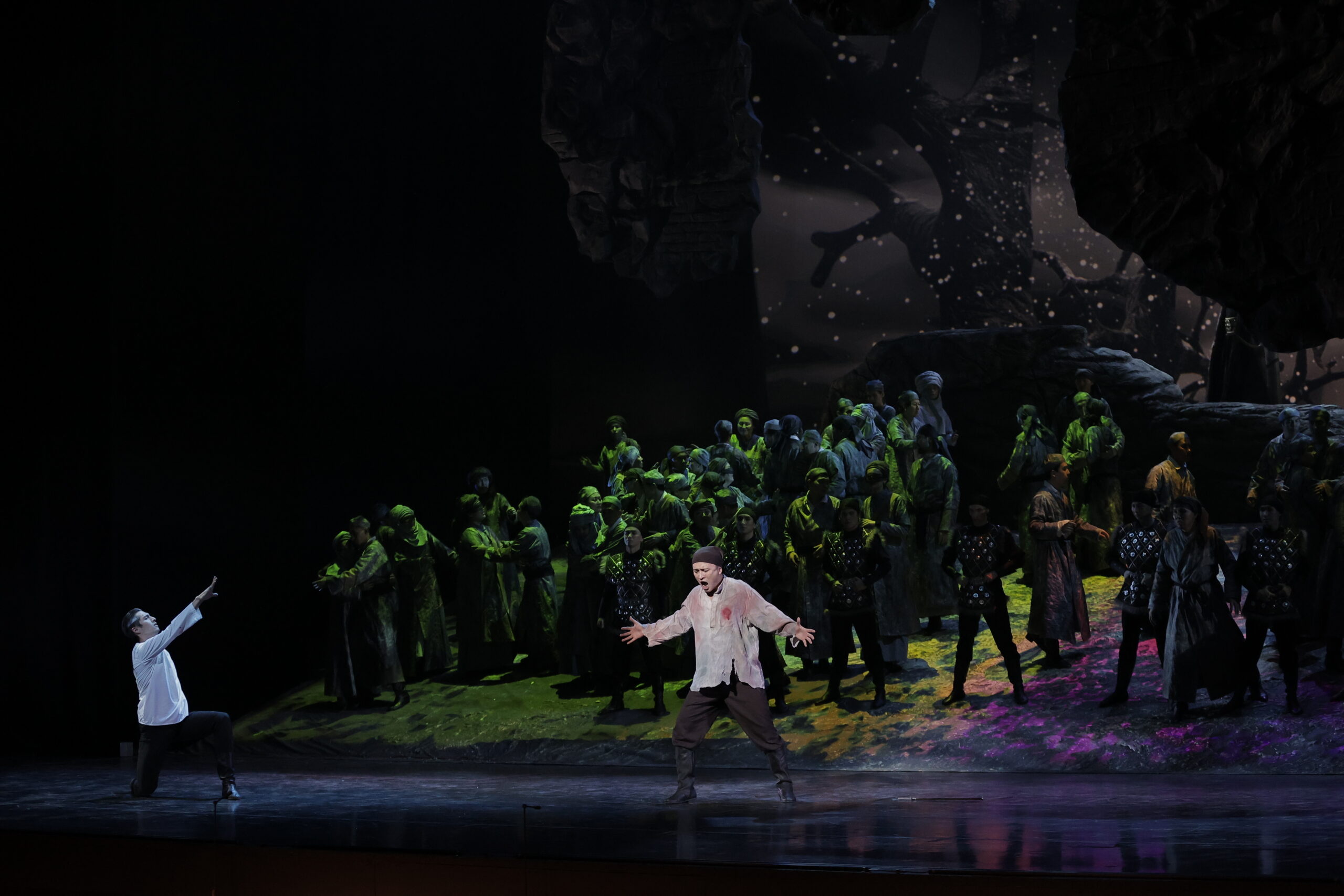 The opera-ballet is an adaptation of a prominent Kazakh poet Shakarim Kudaiberdiuly’s tale of two lovers, the brave-hearted Kalkaman and the tender Mamyr, who fall in love, but are forbidden from marrying due to traditional customs which result in a tragedy for the pair of young lovers.

Yuri Alexandrov, laureate of the State Prize of Kazakhstan and People’s Artist of Russia is staging the opera-ballet, which is a new genre for him. Conquering new genres always comes with its fair share of difficulties, but he was able to transform the challenges into a masterpiece.

“I staged different variations of opera productions, but I never took on an opera-ballet. It always seemed to me that these art forms were absolutely incompatible,” said Alexandrov.

“In the form of an interlude, a ballet number in an opera is normal, but when the ballet is included in the dramaturgy of the composition, it seemed to me that it was almost impossible to resolve this. However, in the process of work, I came up with a variant where their souls exist next to the real Kalkaman and Mamyr. These otherworldly creatures take on the ballet load, and, as it were, connect the real world with the spiritual world,” he said. 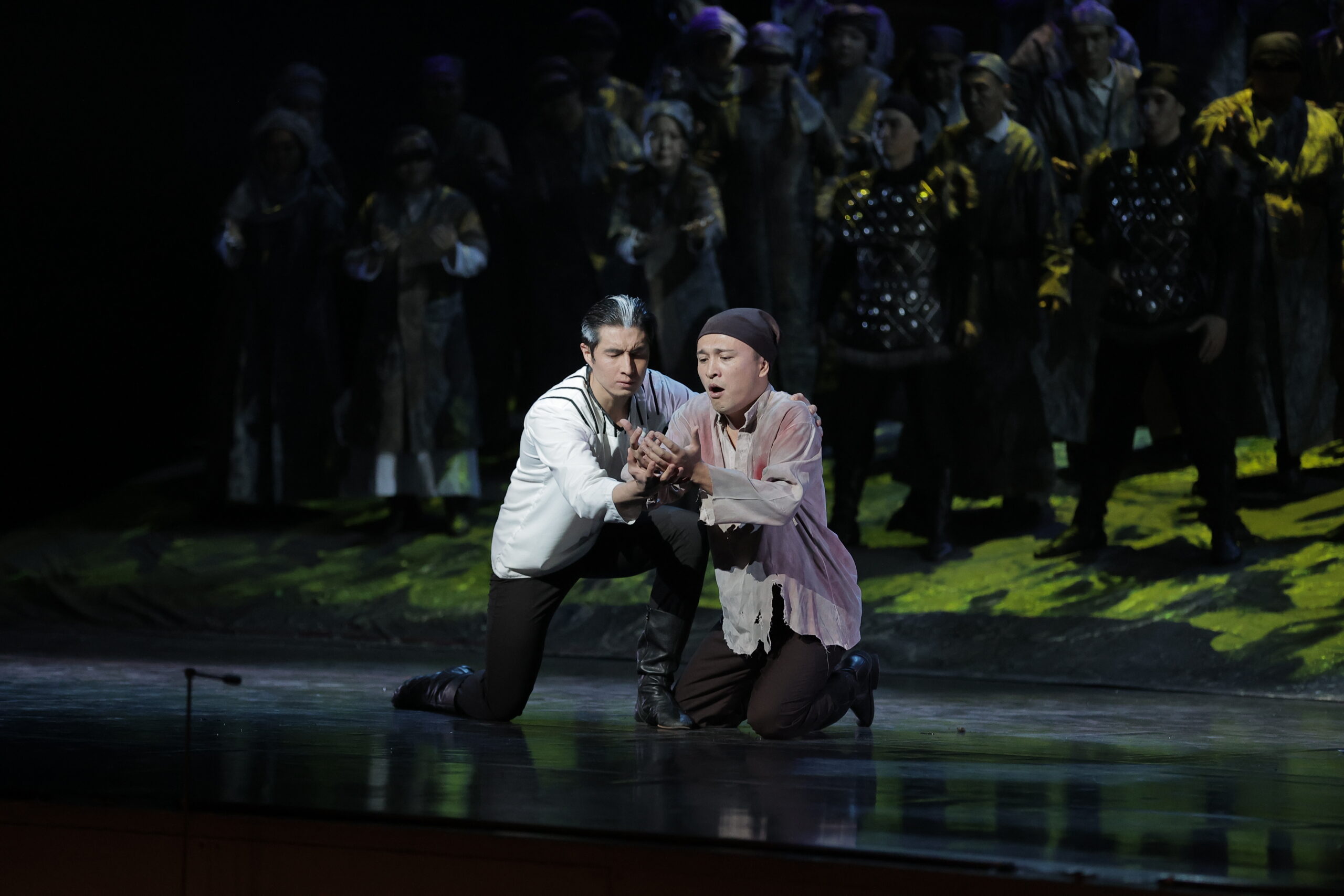 Alexandrov also shared his experience working with choreographer Nadezhda Kalinina to create a perfect synergy between singing and dance performances.

“We were able to find the necessary combination of the two arts, in which they are on an equal footing. The specificity of operatic singing does not imply the inclusion of body plastique expression, because all the action is connected with the sound production. Whereas in this case, we are not bound by the restraint of moment that vocalists always have, and we can express this emotion in the form of a ballet story since Kalkaman’s Soul and Kalkaman himself are an integral whole.”

According to Alexandrov, the classic tale of love and tragic denouement is universally loved.

“This is a timeless story. The story of Romeo and Juliet took place in Verona, and in New York, and in Russia, and in Kazakhstan. There was always love and people who forbade it, as a result, the story ended in drama.” 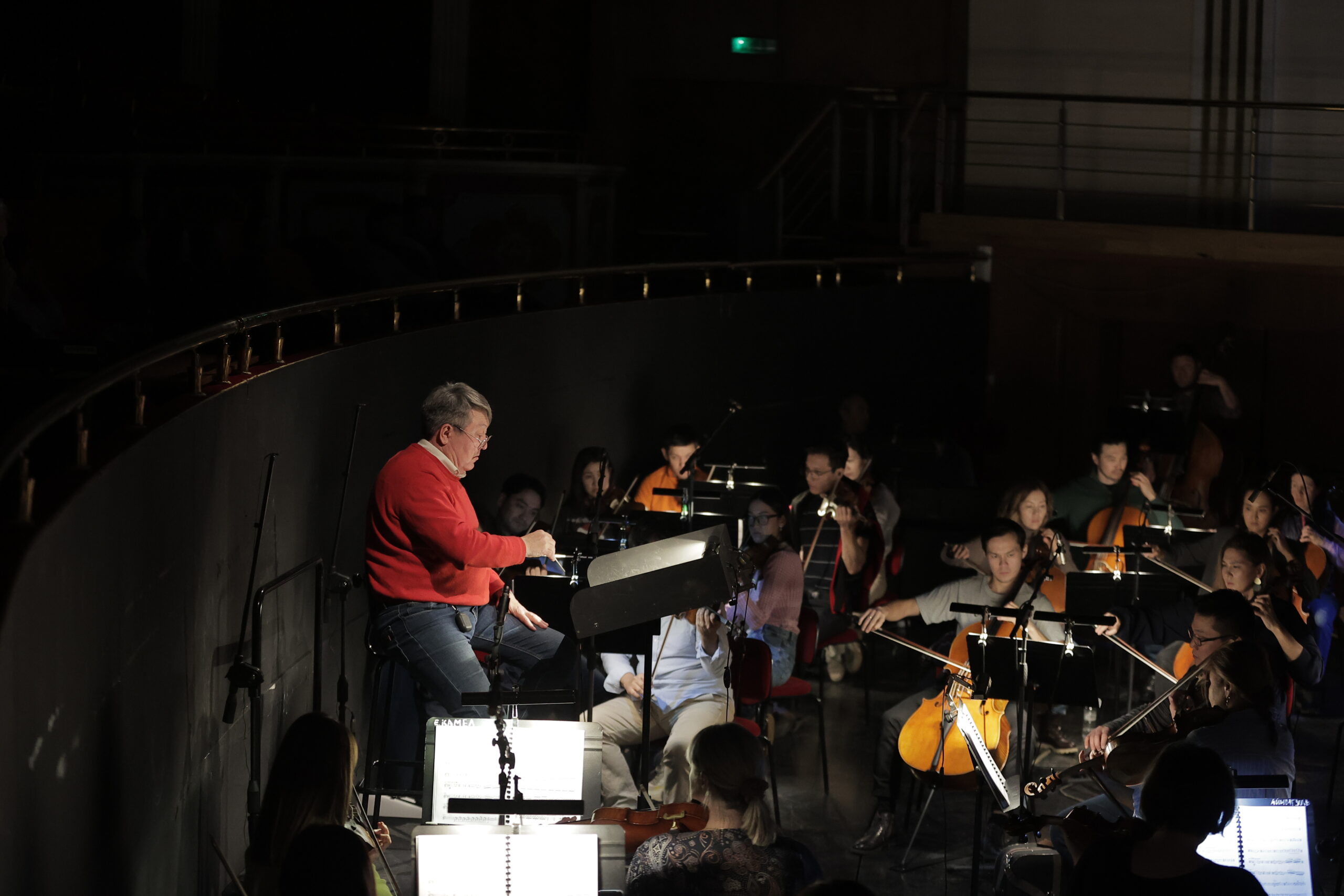 The music is by a prominent Kazakh composer Balnur Qydyrbek, who is the author of more than 500 compositions, including chamber-instrumental and symphonic works. Photo credit: Astana Opera press service.

That said, the engaging nature of the story has a lot more to offer apart from a generic love story: the tragic, sometimes heroic, and always deeply-drawn human characters.

“The people deceived and blinded by rage, demanding blood, open their eyes. This is the main conflict and main idea of ​​the performance. At the end of the story, the merciless crowd turns into people who understand the horror of what they have done, and enlightenment and purification come – a return to human form,” said Alexandrov.

“The body can be killed, but the soul cannot,” he added.

The audience will experience the aesthetics of the free-flowing choreography, as well as the varied music score by Kazakh composer Balnur Qydyrbek.

“I believe that the national opera must be staged like a classical Western European opera. It cannot be simplified, because it is just as deep. It must be staged as a classic, working on meaning, plastique, and nuances – all that a modern viewer expects from us, and who must understand that evil and cruelty are not what a person is. Humankind exists for light, for love, for creation,” said Alexandrov.