2022 Becomes One of Most Challenging, Significant Years for Kazakhstan, Says Kazakh State Counselor

ASTANA – 2022 has become one of the most challenging but also significant years in the entire modern history of Kazakhstan, State Counselor Erlan Karin wrote on his Telegram channel on Dec. 30, highlighting the country’s leading political trends. 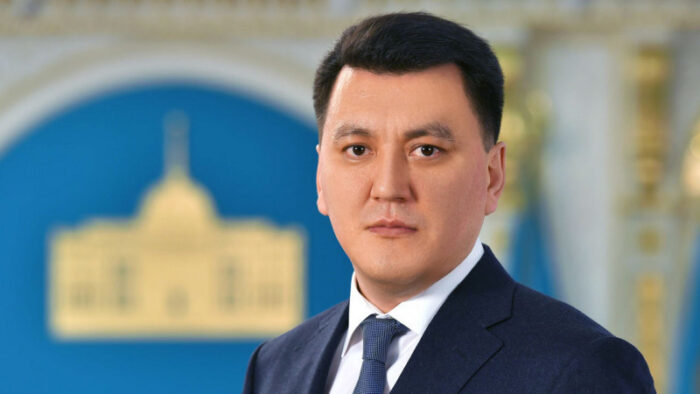 “After the January events and amid the escalating international tension, society experienced a certain demand for consolidation. This request was expressed during the June referendum, which politically fixed a new level and new content of civil consolidation in the country. The results of the presidential election held in November showed that society and the state also have a common understanding of the country’s development prospects. Therefore, one of the main political results of the outgoing year is that the authorities managed to support and bring social consolidation to a certain new level,” Karin said.

According to Karin, 2022 can be called the year of comprehensive reforms. During the year, President Kassym-Jomart Tokayev delivered two national addresses initiating cardinal transformations in the socio-political and socio-economic spheres. As a result, the country launched a large-scale program of political modernization, carried out constitutional reform, began the process of demonopolization and economic restructuring, and created three new regions.

“The reforms initiated and launched this year provide the impetus for moving forward. Therefore, one can say that this year’s presidential reforms will also continue to determine the political agenda for 2023,” he said.

Also, Karin focused on some transformation in society. The country’s social and political life witnessed new figures, movements, and associations, including parties. The first National Kurultai (congress in Kazakh) brought the national dialogue to a new institutional level.

Kazakhstan followed a well-balanced and dynamic foreign policy course despite the geopolitical crisis. In 2022, the country also pursued a proactive foreign policy. Kazakhstan has developed mutually beneficial cooperation with all key partners. The visits of the Kazakh President to China, Russia, Türkiye, the United Arab Emirates, Iran, Qatar, Saudi Arabia, Azerbaijan, France, and Uzbekistan have given new content to the country’s multi-vector foreign policy amid global turbulence. The first post-pandemic foreign visit of Chinese President Xi Jinping to Kazakhstan and the apostolic visit of Pope Francis have become significant.

The expert community would remember 2022 with the beginning of discussions around the search for a new system of fundamental social values.

“To root the new value matrix in society, Kazakhstan purposefully began to promote the ideology of labor and solidarity, the cult of education, and respect for nature. Perhaps, one of this year’s most successful ideological initiatives, which received public approval, was the return of Republic Day as the main national holiday embodying modern statehood,” Karin said.

Thus, summing up the results of this year, Karin said it would be remembered for overcoming many unprecedented challenges for statehood and the beginning of a comprehensive modernization of the country.