By Aida Haidar in International on 30 November 2022

ASTANA – Kazakh President Kassym-Jomart Tokayev and French President Emmanuel Macron underlined their mutual willingness to contribute to the strengthening of peace, security and stability at the global and regional levels in a joint statement published on Nov. 30, the Akorda press service reported. 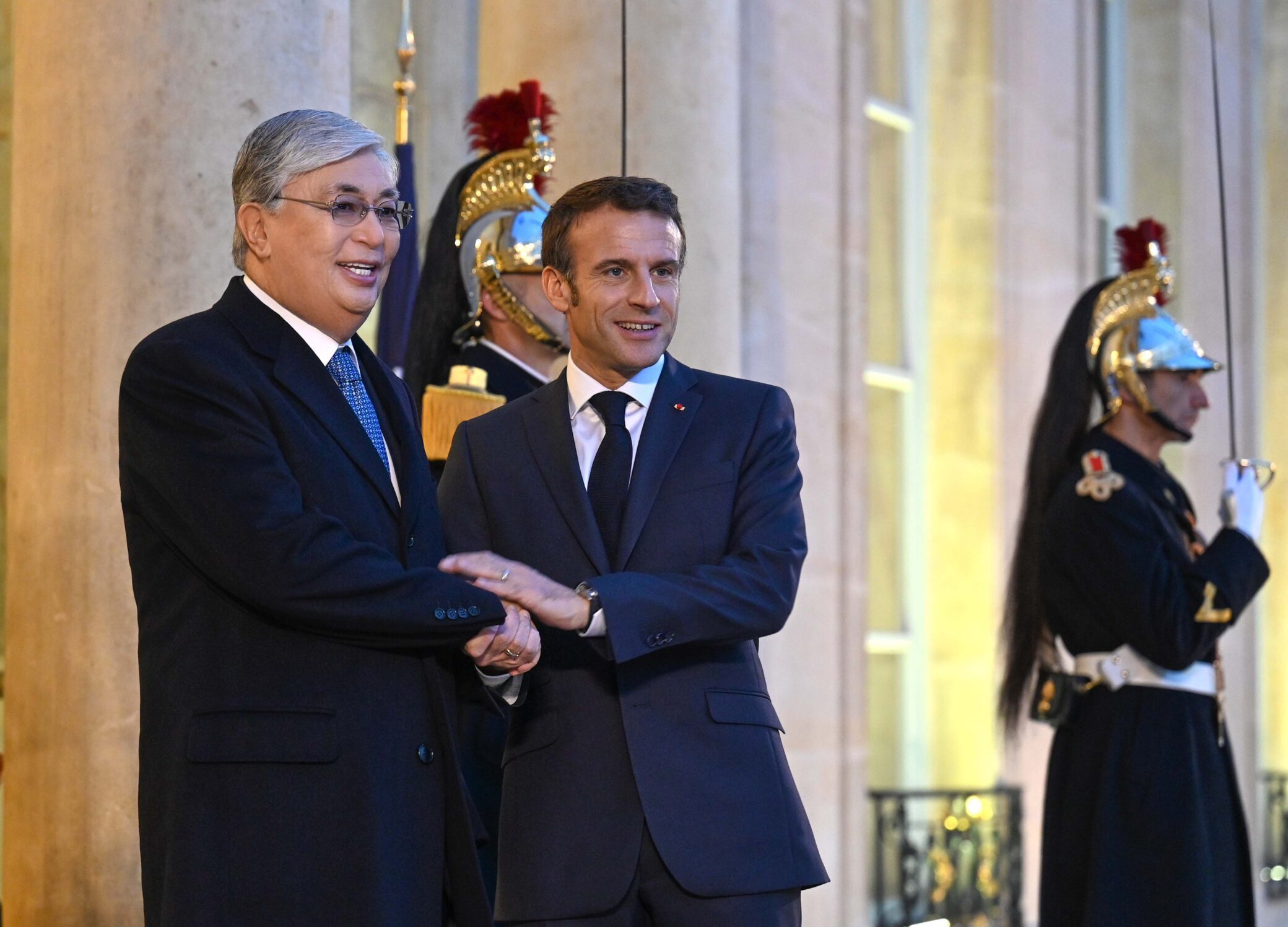 They emphasized their steadfast adherence to international law and the core principles of the United Nations Charter, such as respect for sovereignty and territorial integrity.

“France and Kazakhstan are gravely concerned about the situation in Ukraine, its humanitarian consequences and the impact on the global economy and the food security of the most vulnerable countries,” the statement reads.

Tokayev and Macron expressed satisfaction with the two countries’ trustworthy and regular dialogue at all levels, highlighting the impact of the bilateral Treaty on Strategic Partnership signed on June 11, 2008.

“Kazakhstan is France’s main economic partner in Central Asia and France is a major investor in the Kazakh economy,” reads the joint statement.

President Macron reiterated his support for President Tokayev’s reforms to strengthen the rule of law, fundamental freedoms and social justice required for stability and long-term prosperity.

The joint statement expressed the determination of both leaders to keep close cooperation within the Enhanced Partnership and Cooperation Agreement between Kazakhstan and the European Union (EU) and welcomed the first Central Asia-EU Summit in Astana in October.

Tokayev and Macron, according to the statement, emphasized the high dynamics of Kazakh-French cooperation and agreed to continue diversifying and deepening ties in all areas of mutual interest, including the economy and investment, education, healthcare, science and culture.

Satisfied with the launch of key transport projects in Central Asia, particularly those related to developing the Trans-Caspian international transport corridor, the Presidents expressed support for the EU’s Global Gateway project.

With Kazakhstan being one of France’s primary suppliers of uranium and crude oil, the presidents agreed to expand their collaboration in vital raw materials, such as rare metals. During Tokayev’s visit, several bilateral documents were signed on renewable energy, green hydrogen production, peaceful nuclear energy, water resource management, railway transport and the agro-industrial complex.

The climate agenda was also addressed in the joint statement. Tokayev and Macron indicated the importance of a large-scale project in Kazakhstan – a wind farm with a capacity of 1.2 GW and the possibility of accumulation, representing yet another move in bilateral cooperation to address climate change.

In their statement, President Tokayev and President Macron reiterated their commitment to tackling climate change and applauded the confirmation of the goal of decreasing global warming to 1.5 degrees Celsius at the 27th UN Climate Change Conference of the Parties (COP27) in Sharm El Sheikh.

The joint communiqué also emphasized bilateral cooperation in education, noting the support for the establishment and development of two French schools in Astana and Almaty.

Both leaders supported increased student mobility following the increase in the number of French universities under the Bolashak scholarship program, the reformatting of the Sorbonne-Kazakhstan Institute, and the seventh Kazakh-French Higher Education Forum on Nov. 30 in Paris and the signing of several documents in education.

The Presidents also welcomed initiatives to arrange cultural events between the two nations in the following years, such as Kazakhstan’s National Exhibition in Paris.

The joint statement highlighted the importance of the continued bilateral partnership between the countries’ leading research and medical facilities in oncology, medical institution management and medical service provision.

President Kassym-Jomart Tokayev wished President Macron success in his preparations for the Summer Olympic Games in Paris in 2024 and invited him to visit Kazakhstan soon.