By Staff Report in International on 4 November 2022

ASTANA – President Kassym-Jomart Tokayev spoke about the nation’s reforms, the continued democratization process and the socioeconomic development of the country at a Nov. 4 meeting with the heads of diplomatic missions and international organizations accredited in Kazakhstan, reported the presidential press service. 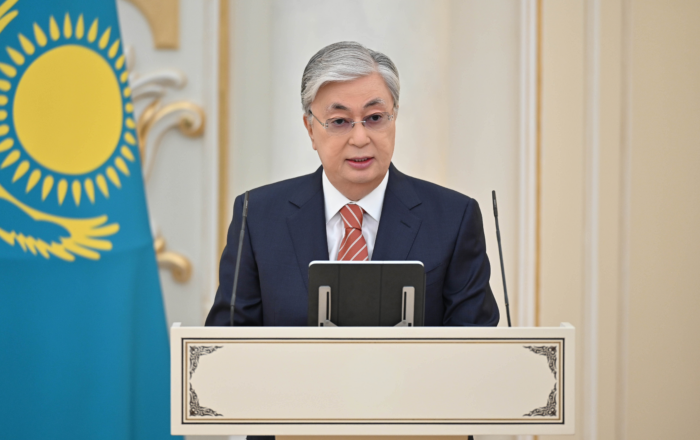 Tokayev noted that the country’s upcoming elections will lay down a “new political tradition in Kazakhstan and open a new political era.”

He acknowledged advances in human rights, including the abolition of the death penalty and giving more powers to the country’s Human Rights Commissioner.

“In our domestic policy, we constantly follow the postulate “we are different, but equal”. Therefore, we are focused on enhancing the role of civil society, strengthening inter-ethnic, inter-religious trust and tolerance, consolidating various social forces and implementing the principle of a listening state,” said Tokayev. 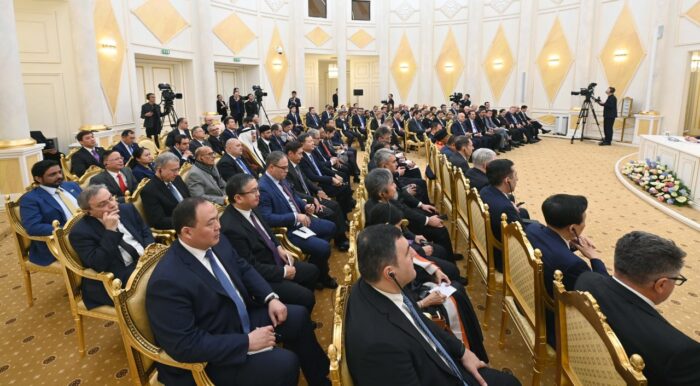 Demonopolization of the economy is the national priority, according to Tokayev. Leading international financial institutions, according to him, have positively assessed Kazakhstan’s efforts to encourage economic growth and affirmed the country’s sovereign rating with a stable outlook.

He highlighted the country’s readiness to expand cooperation with all interested parties, citing a new economic course to build a free market economy.

“Despite global economic challenges, our exports of non-primary goods have increased by almost 40 percent. We are also determined to continue to serve as the most attractive investment destination in this part of the world,” said Tokayev. 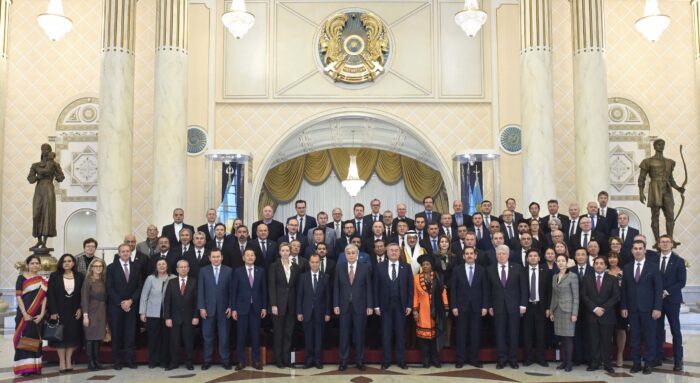 Kazakstan has significant potential in the agricultural and manufacturing sectors, including energy and green finance.

“We are one of the top ten-grain crop exporters, supplying more than 5 million tons of wheat and 1.5 million tons of flour annually. In addition, Kazakhstan is a major producer of flax seeds and an exporter of oilseeds,” he said.

He also emphasized the importance of the transportation and logistics industry to the country’s economy, noting that more than 80 percent of overland transit traffic along the China-Europe corridor passes through the territory of Kazakhstan. According to him, this sector is critical for improving regional engagement.

“According to the World Bank, the expansion of transit and transportation capabilities can contribute to a 15 percent growth in the GDP of Central Asian countries. I want to emphasize the significance of the Belt and Road Initiative, in which Kazakhstan plays an important role. Furthermore, the Trans-Caspian International Transport Route, commonly known as the Middle Corridor, is crucial in terms of ensuring energy and food security,” he said.

In his remarks, the President also focused on the country’s contribution to ensuring regional and global food security.

He stressed the growing role of the Central Asian region in the international arena.

“The five Central Asian states (C5+ format) interact with many countries and regional alliances, including the United States, Japan, South Korea, China, India, Russia, and the European Union. As the leading economy in Central Asia, Kazakhstan will continue to contribute to regional and global development and build bridges between continents, cultures, and nations,” he said.

The President further stressed the country’s interest in cooperation with such organizations as the Association of Southeast Asian Nations (ASEAN), the United Nations (UN), the Conference on Interaction and Confidence-Building Measures in Asia (CICA), the Commonwealth of Independent States (CIS), the Shanghai Cooperation Organisation (SCO) and the Organization of Turkic States (OTS).

Tokayev mentioned the country’s advocacy of the Nuclear Weapons Non-Proliferation Treaty, saying that nuclear energy should serve for the peaceful benefit of the people and not be a weapon of mass destruction. He is confident that diplomacy remains the sole instrument for managing international relations, reducing risks and strengthening global and regional security.

“We must aim to constantly strengthen friendly and mutually beneficial ties with your respective countries and organizations. Please be assured that all your constructive undertakings will meet the proper response and support from my Administration and Kazakh Government,” he concluded.