ASTANA – The sixth Togyzkumalak (nine pellets) World Championship started in Aktobe on Nov. 21 showcasing the traditional Kazakh board game also known as the “chess of the steppes” or the “algebra of the shepherds.” 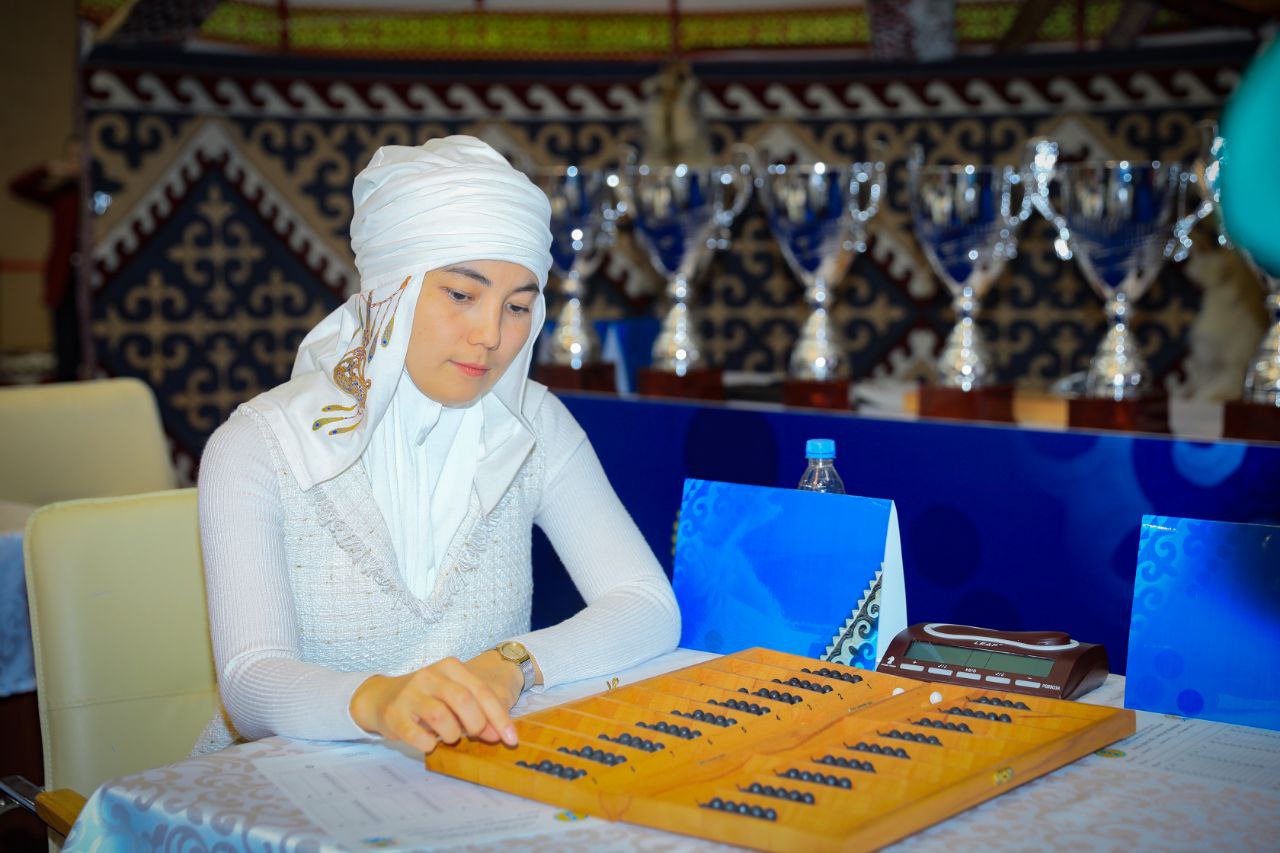 Spanning over a week until Nov. 27, the championship gathered 80 professional players from 20 countries, including the United States, Germany, Afghanistan, Colombia, India, Great Britain, the Czech Republic, and Bangladesh. Kazakhstan is represented by 12 players.

Launched in 2010, the championship is conducted every two years, celebrating the common history and cultural heritage of the Turkic world through a game that calls for mastery of quick counting and strategy. 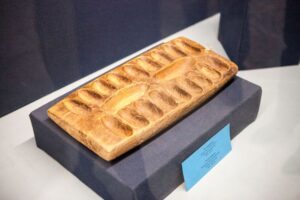 “Togyzkumalak is one of the national games of the Kazakh people, which has a history of four millennia,” said Eraly Tugzhanov, akim (mayor) of the Aktobe Region.

He emphasized the rising popularity of the sport all over the world.

“Togyzkumalak is developing rapidly as a professional sport in our region and over 20,000 people from Aktobe are engaged in it. In recent years we have been among the top three in the regional ranking. All necessary conditions will be created for its further development,” added Tugzhanov.

A beginner’s guide to the traditional board game

From absolute beginners to those with an experience in similar games, togyzkumalak fosters math and strategic skill development for everyone. 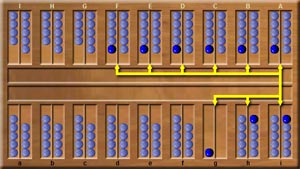 An example of the first move in togyzkumalak. Photo credit: iggamecenter.com.

One of the oldest Kazakh board games, togyzkumalak features two players each having 81 pellets equally spread across nine holes on each side (9*9=81). The board also has two larger rows on each player’s side called kazan (kettle).

The player who draws the first move takes all but one of the pellets out of any hole in his or her row and moves them from left to right, dropping one into each subsequent hole so that the last pellet lands on the side of the rival. If the number of pellets in the opponent’s hole is even, they are all treated as the player’s “prey” and moved to his or her kettle.

The main task of the game is to put pellets in the game holes in such a way that collects as many pellets as possible into your kazan. The winner is the first player to collect 81 pellets for his or her kazan.

Togyzkumalak is a game of wit and logic that promotes the growth of mathematical reasoning based on strategy. Because it uses all four fundamental mathematical operations, this game was frequently called the “algebra of shepherds.”

In the past, the players could play it without a board by digging holes in the ground, while a professional game can last up to four or five hours.

The game’s increasing popularity among other nations and the youth

There are many variants of togyzkumalak. One can see them in Kyrgyz households as toguz korgool and in the coffee shops of Türkiye as mangala. It is called mere köçdü in Azerbaijan and chaqpelek among the Uyghur people. It is also played among the Kazakh diaspora in China and Mongolia. 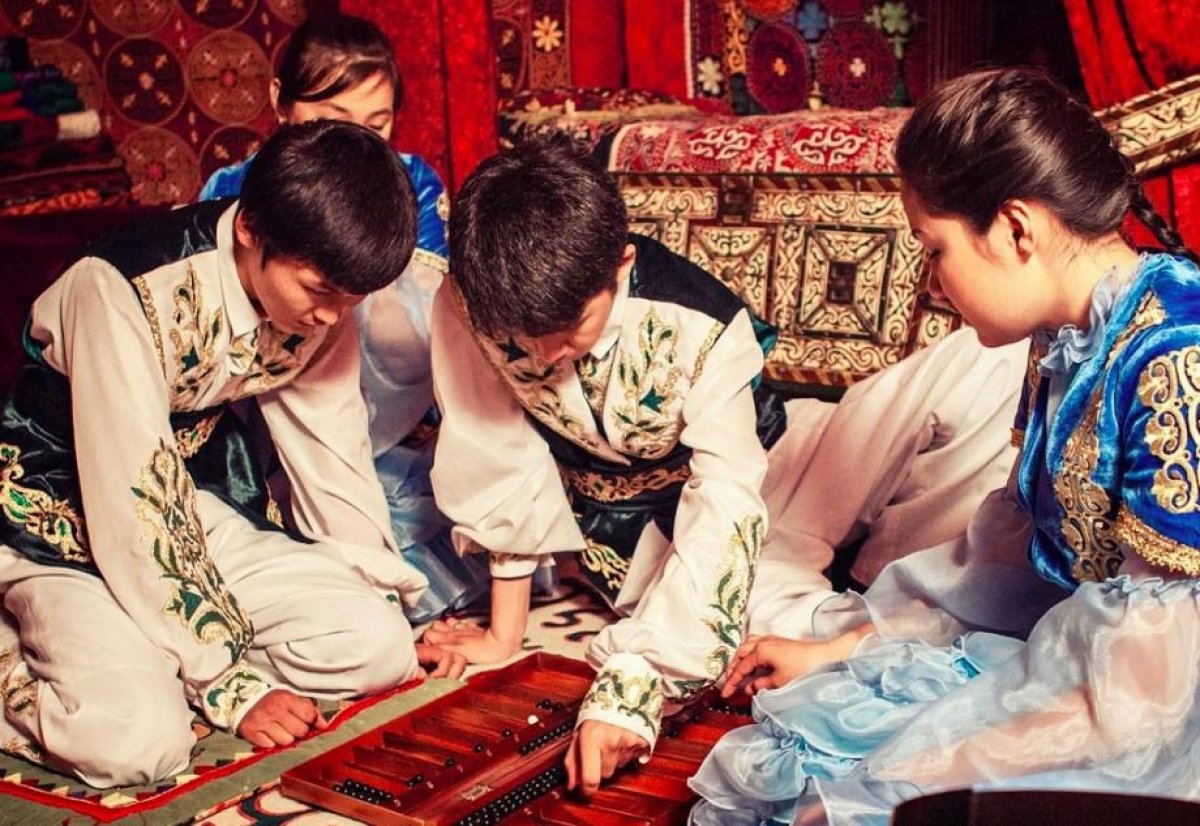 In 2020, togyzkumalak was included in the UNESCO (The United Nations Educational, Scientific and Cultural Organization) List of Intangible Cultural Heritage of Humanity on a joint proposal by Kazakhstan, Kyrgyzstan, and Türkiye.

Since then, the game has also started to gain popularity among European countries. Lithuania established its first togyzkumalak federation in Vilnius in 2021.

The Togyzkumalak World Federation and the Embassy of Kazakhstan in Lithuania have been promoting the game, including through master classes for Lithuanian students and kids.

Togyzkumalak is succeeding in getting the attention of the youth as well. Young Kazakhs who grew up playing computer games are increasingly drawn to the games where they may engage in strategy and mathematical competition.

The national games are overtaking computer games, according to Bauyrzhan Shurin, a coach at the Taldykorgan-based togyzkumalak sports school.

“It is gratifying that the network of togyzkumalak spartakiades has become traditional in the Nazarbayev Intellectual Schools (NIS). Folk games are a precious part of our culture, any kind of them is focused on fostering a love for national history, culture, patriotic feelings, and courage, as well as good sports training,” said Shurin, as quoted in the Kazakhstanskaya Pravda newspaper.