Editor’s note: As Kazakhstan approaches the presidential elections on Nov. 20, The Astana Times will contribute a series of articles in the format of reviews and interviews, providing an outlook into the electoral programs of each of the candidates.

ASTANA – Nurlan Auesbayev, a candidate nominated to run in the upcoming presidential elections on Nov. 20 by the National Social Democratic Party (NSDP), aims to eliminate oligarchy, corruption, poverty and class division in his election program and believes that the country has fallen under the negative influence of oligarchies, who enrich themselves at the expense of the people. 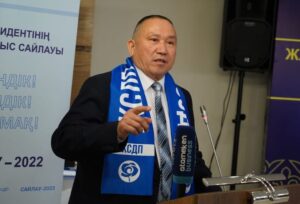 Nurlan Auesbayev was born in the South Kazakhstan Region (current Turkistan Region) in 1957. He holds degrees in economics and law. Having spent his whole career in local government, he was selected as the chairman of the NSDP Astana division in 2021.

As part of his campaign, Auesbayev has so far visited the cities of Karagandy, Shakhtinsk, Shymkent, Almaty, and the Akmola and Aktobe Regions.

Auesbayev said he believes that the state should become more accountable to its citizens. Presenting his platform, he emphasized that citizens should once again become beneficiaries of the public wealth. At the same time, enterprises must be able to work and pay taxes without fear of persecution or official coercion.

Creation of the parliamentary-presidential republic

To prevent the concentration of power in one person’s hands, according to Auesbayev, Kazakhstan should shift from a presidential to a parliamentary form of government.

“The growth of inflation, high prices and systematic depreciation of the national currency negatively affect primarily ordinary Kazakh citizens. That is why political reforms are listed first in my election platform. I propose to move away from the ‘strong president, influential parliament, accountable government’ formula. We need a strong unicameral parliament that forms a professional, anti-crisis government. Only then will it be possible to find solutions to many problems, including in education,” said Auesbayev during a meeting with his constituents in Almaty.

According to him, the president will cease being the supreme power and perform representative functions in the international arena, ensuring a balance between state agencies and being responsible for the state’s security. 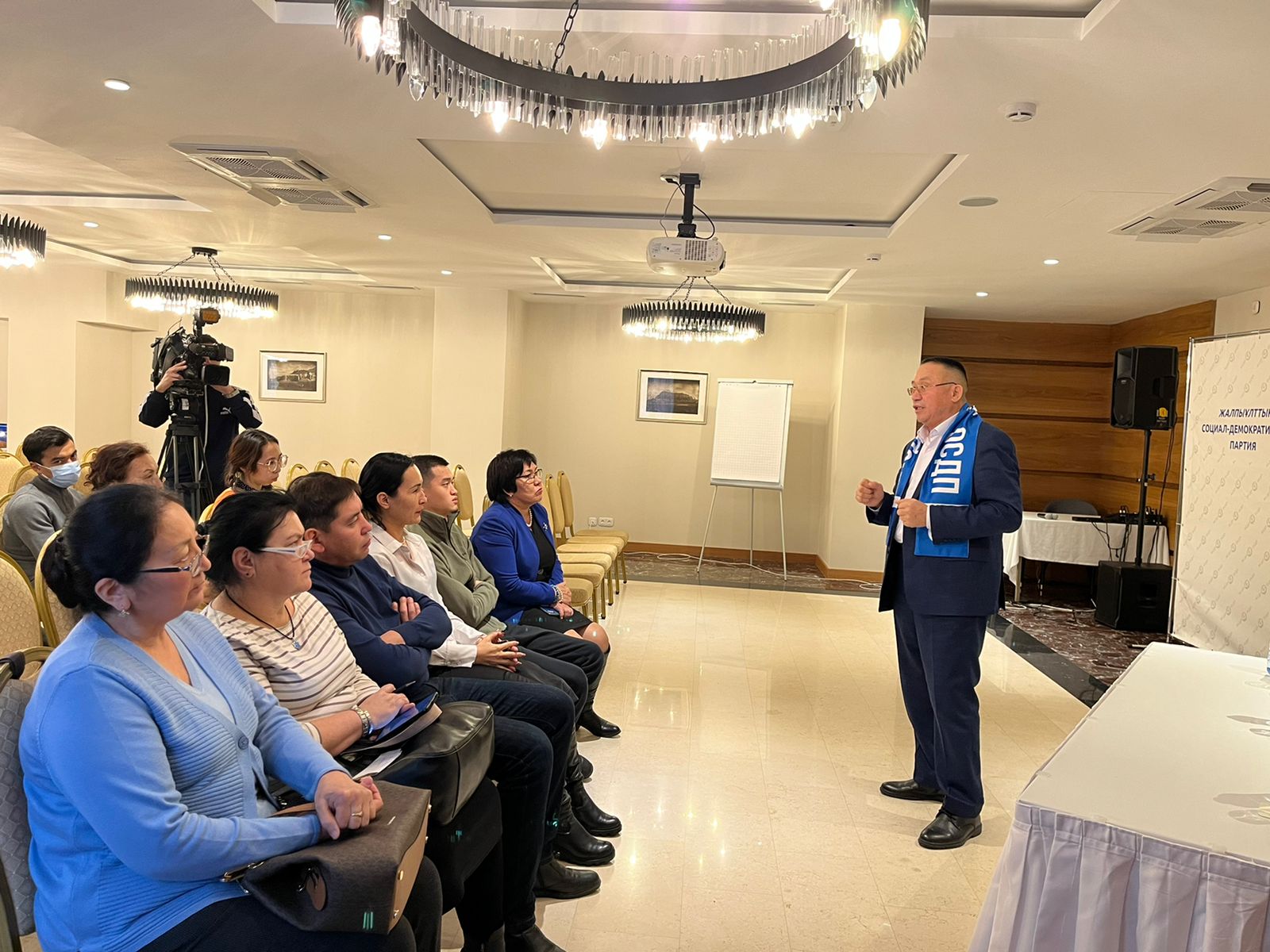 Auesbayev also plans to abolish the Senate, an upper chamber of the country’s Parliament, while expanding the Mazhilis, a lower chamber. Fifty percent of members will come from party lists and 50 percent from single-member districts. The Mazhilis will also have the power to form the government, while the president will only approve it.

Corruption, according to Auesbayev, weakens governmental structures, reduces trust among people and destroys trust in institutions.

“We believe that without radical measures to combat bribery, including at the highest political level, Kazakhstan will not be able to follow the path of sustainable development,” he said in his platform statement.

To improve the situation, he proposes introducing transparent income and expense declarations among all government officials. Illicit enrichment will be criminalized and offenders severely punished.

Budgetary expenditures will also be made transparent. Every town and village will have a special platform where anyone can monitor state expenditures. 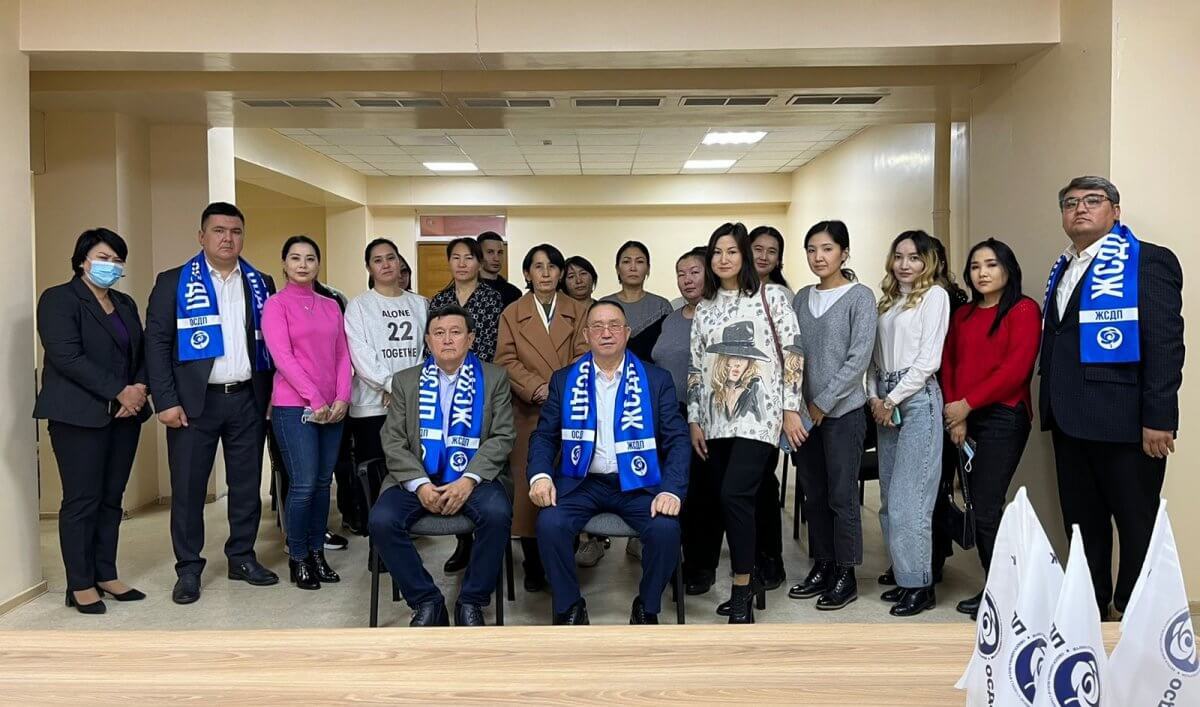 Nurlan Auyesbayev at the meeting in Almaty. Photo credit: liter.kz.

The candidate also plans to support journalistic investigations into corruption cases. According to Auesbayev, these journalists will be put under the parliament’s protection.

People’s economy instead of oligarchic capitalism

According to Nurlan Auesbayev, an economy dominated by oligarchies diminishes the country’s competitiveness. The oligarchs, he noted, have no interest in developing alternative industries and diversifying the economy.

He proposes to conduct detailed investigations and return stolen money to the country. He also offers to make large companies, which had accrued their wealth in the 1990s by taking advantage of the privatization, conduct initial public offerings (IPO) and distribute their assets among mid-level entrepreneurs, which will become the new pillar of the economy.

“We should not have companies whose bankruptcy could bring down the entire economy,” the candidate said. 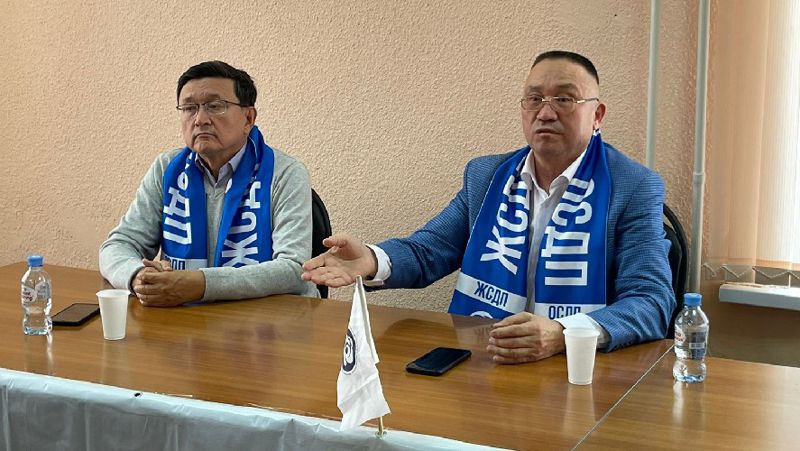 Tax policies applied to large conglomerates will also be changed. Their contributions to the budget should be much more extensive, especially for social programs, allowing for the coverage of the national debt and to stop dipping into the National Fund. Any company that exceeds appropriate revenue volumes will fall under the purview of the parliament and be investigated.

“The human being is at the center of our policies. We intend to create a social support network at various levels. Our social policy should help people progress within social mobility and in unforeseen circumstances, not slide into poverty,” Auesbayev said.

He wants to introduce a Quality of Life Standard, which will consider basic human needs such as food, shelter, medicines, clothing, utilities, rest, and access to information. Special programs will be developed for different population categories to achieve the standard.

Auesbayev suggests allocating 5-7 percent of the GDP to financing education and healthcare to gradually upgrade the infrastructure and equipment and a significant increase in salaries, with more schools and hospitals to be built.

Housing programs, which benefit construction businesses, resulting in higher housing prices, will be reconsidered. Local governments should fund state mortgage subsidies and building houses in close proximity should be prohibited.

The NSDP candidate also advocates for police reform, where the police are effective in preventing crimes and not only solving them. It should also work on eradicating domestic violence and drug trafficking.

In his platform, Auesbayev reiterates that Kazakhstan should continue to refrain from aggressive military blocs, promote nuclear disarmament and non-proliferation programs, increase the effectiveness of combatting international terrorism and drug trafficking while maintaining control over the illegal arms trade and illegal migration.

If other countries strive to benefit themselves at the expense of Kazakhstan or undermine its economy, Auesbayev is willing to reconsider the country’s participation in integrational processes. In crucial sectors, he calls for moderate protectionism.

“Kazakhstan will continue to play a neutral role in global processes. We do not venture to establish global hegemony or to become a superpower. It is both costly and irrational for pragmatic Kazakhstan,” said Auesbayev.