By Staff Report in International, Nation on 14 November 2022 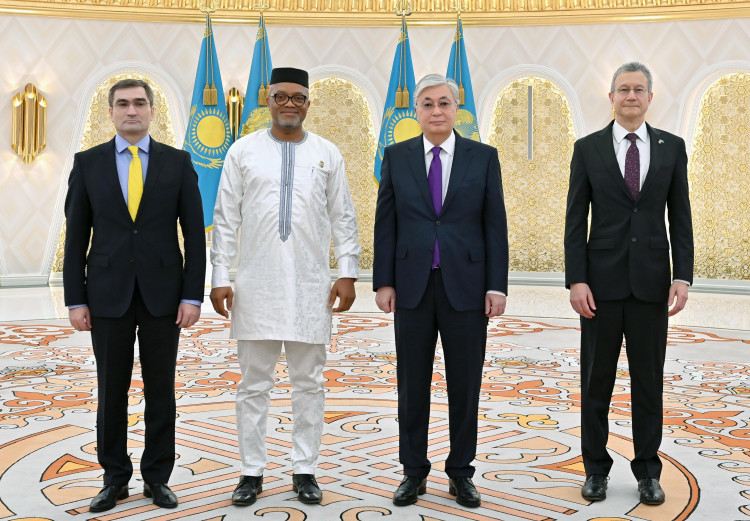 Daniel Nathan Rosenblum replaced William Moser as the U.S. ambassador. Before arriving in Kazakhstan, Rosenblum served as the ambassador to Uzbekistan.

“The US is proud to have been the first country to recognize Kazakhstan as an independent country. In more than 30 years of our partnership, we have shared goals of building a secure and prosperous region, working towards a more peaceful world and upholding principles enshrined in the United Nations Charter,” said Rosenblum.

He emphasized the U.S. commitment to building economic cooperation and deepening people-to-people ties between the two countries.

“I believe Kazakhstan and Sierra Leone have a great future. We have similar backgrounds. We share the Islamic culture. We could cooperate in several areas and we look forward to a productive relationship between Sierra Leone and Kazakhstan,” said Yongawo in his speech following the credentials ceremony.

Lilian Darii presented his credentials as Moldova’s ambassador. Before arriving in Kazakhstan, he served as ambassador to Belgium, Luxembourg, and Russia.

“Our countries have developed friendly relations. I think there is a big potential for their further strengthening, increasing trade turnover, and building up economic ties. We share mutual understanding regarding international agenda and support each other in international organizations,” said Darii.