By Staff Report in International on 11 November 2022

ASTANA – The Organization of Turkic States (OTS) should become a powerful and influential force in resolving regional and global challenges, said Kazakh President Kassym-Jomart Tokayev at the organization’s summit on Nov. 11 in Samarkand, reported the Akorda press service. 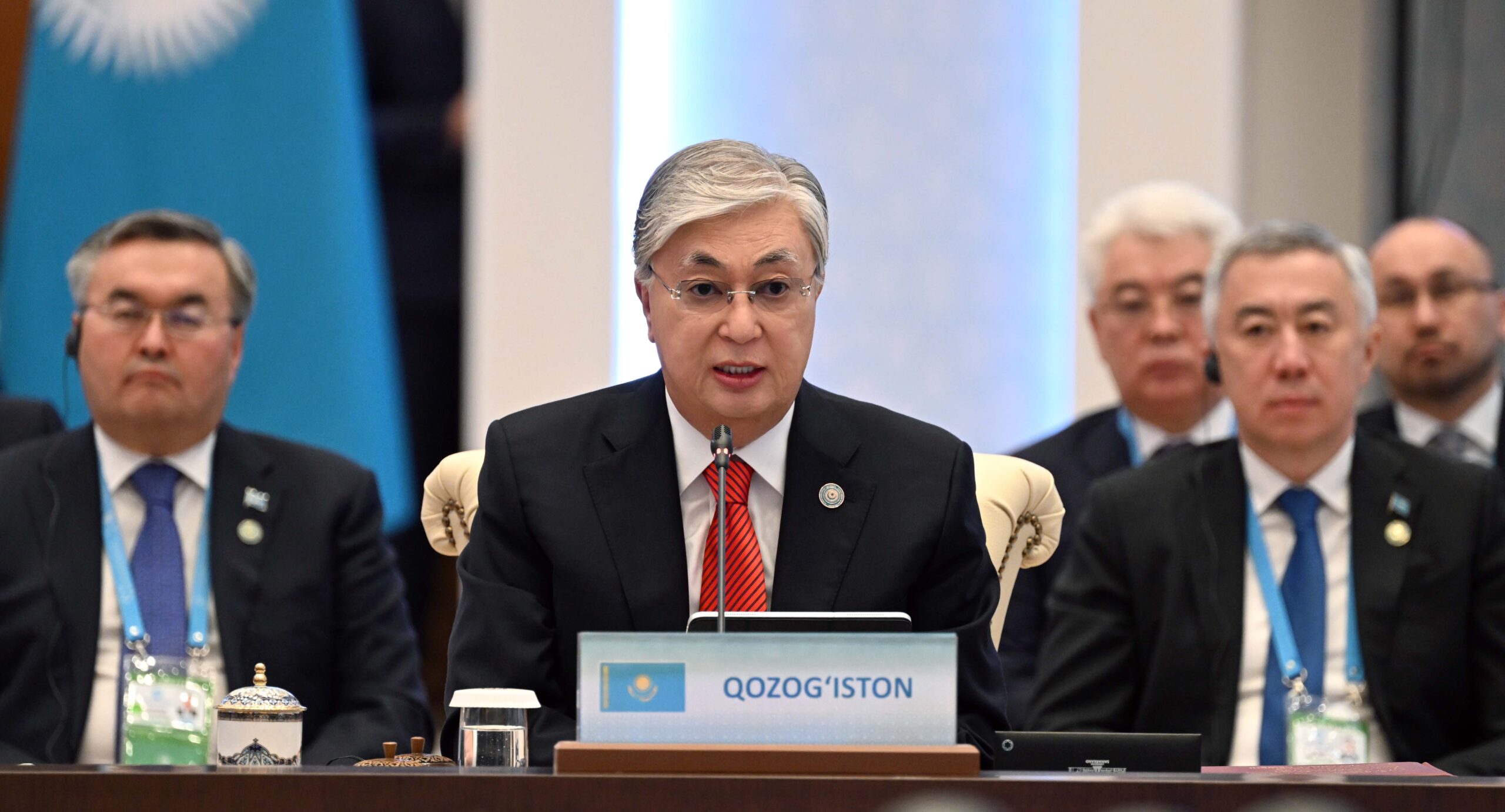 “Current geopolitical and geo-economic contradictions hurt the Eurasian continent’s economy and transport and logistics system. We should confront all challenges and threats jointly,” said Tokayev.

Welcoming the meeting participants, Tokayev focused on the five-year strategy of the OTS to implement the Turkic World Vision 2040 document adopted in 2021 in Istanbul. According to him, the strategy will contribute to strengthening cooperation and the zone of stability that binds the member states.

The President said that increasing the capacity of transportation and transit communications is critical, citing the Trans-Caspian International Transport Route as an example of cooperation.

“Over the past 15 years, Kazakhstan has allocated $35 billion for its development [transport and logistics sector] and is interested in diversifying transport routes and developing logistics. It is planned to attract another $20 billion of investments for these purposes by 2025,” Tokayev said.

Tokayev proposed to create a “digital transport system” to optimize the cargo clearance procedure, ensure the prompt exchange of transport documentation and provide additional opportunities for suppliers to enter the international market.

The President encouraged his counterparts to create a Digitalization Center of the OTS at the Astana Hub International Technopark of IT startups to accelerate digital development. This structure will facilitate the development of digital solutions for trade, transport, use of water resources, and information security, among other vital industries.

“For the effective implementation of this initiative, I propose to establish a Venture Fund of the Turkic countries, which will attract investments in important startup projects,” Tokayev said.

Another important priority, he noted, is the development of the green economy. Countries worldwide have spent over $2.5 trillion on green bonds in the last seven years.

To grow the capital market in this area, Tokayev proposed establishing a Turkic Green Finance Council, which may be headquartered in the Astana International Financial Center’s Green Finance Center, considering its experience and influence among the world’s largest enterprises.

Tokayev announced plans to hold the second Turkic Universiade in Kazakhstan in 2023 under the auspices of the Turkic University Union to develop academic mobility and create conditions for strengthening intercultural dialogue between students.

The President commended the work of the President of Türkiye Recep Tayyip Erdogan, who chaired the OTS in 2021 for a “significant contribution to raising the authority of the organization and strengthening its influence.”

“I am sure that the fraternal Türkiye will continue to contribute to strengthening our cooperation. In this regard, I proposed to present the Highest Order of the Turkic World to Recep Tayyip Erdogan. This proposal found unanimous support, for which I express my gratitude to everyone,” Tokayev said.

On the summit’s sidelines, Tokayev also met with Prime Minister of Hungary Viktor Orban. The sides addressed the development of bilateral cooperation in cultural and humanitarian areas.