By Staff Report in International on 26 November 2022

ASTANA – Kazakhstan is committed to constructive interaction and open dialogue to enhance the transit and transport potential of the Caspian region, said Kazakh Foreign Minister Mukhtar Tileuberdi at the Nov. 25 ministerial meeting on Trans-Caspian connectivity in Aktau, reported the Foreign Ministry’s press service. 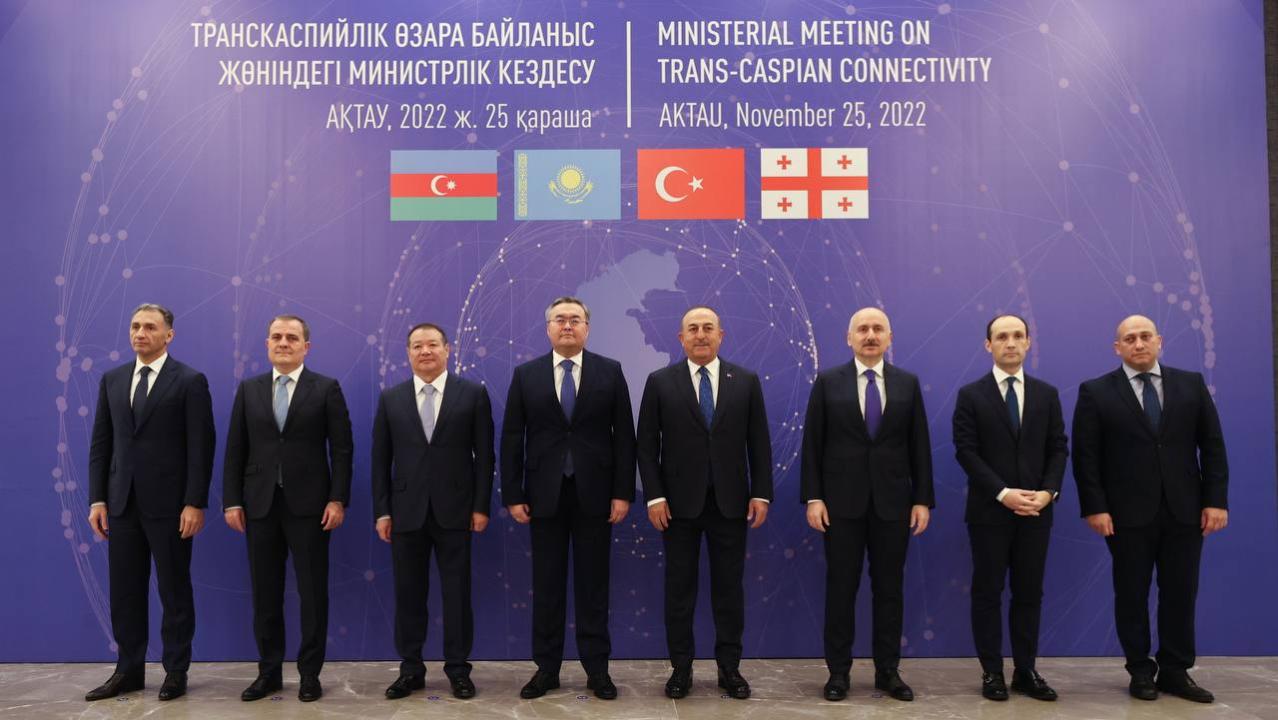 The event was attended by the ministers of foreign affairs and transport of Kazakhstan, Azerbaijan, Türkiye and Georgia.

Kazakh Minister of Industry and Infrastructural Development Kairbek Uskenbayev highlighted the need to make specific decisions to accelerate development of the Trans-Caspian corridor and expand the capacity of the international route, given the increased cargo traffic.

“In 10 months of the current year, nearly 1.5 million tons of cargo was transported through the Aktau and Kuryk seaports via TITR, which is twice as much as last year,” said Uskenbayev.

Following the meeting, the meeting participants signed the roadmap for the simultaneous removal of bottlenecks and the development of the Middle Corridor for 2022-2027. The implementation of the agreements will make it possible to increase the throughput capacity along the corridor up to 10 million tons per year by 2025.