By Staff Report in Business on 29 November 2022

ASTANA – Kazakhstan is developing alternative transport routes and a network of cross-border hubs, said Kazakh Minister of Trade and Integration Serik Zhumangarin during the 18th Forum of Interregional Cooperation between Russia and Kazakhstan in Orenburg on Nov. 28, reported the Prime Minister’s press office. 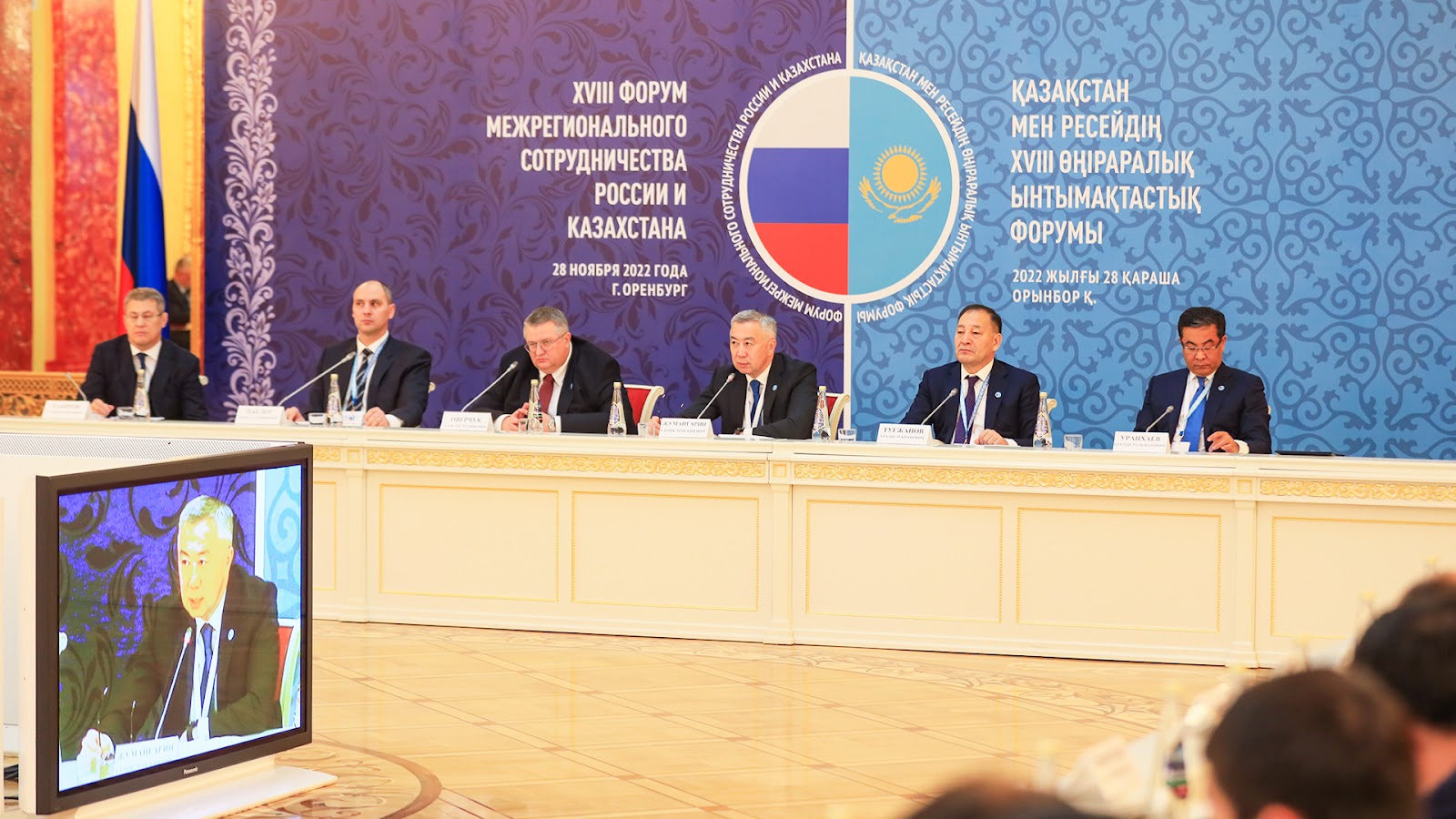 Zhumangarin focused on the International North-South Transport Corridor (INSTC), which plays an important role in restoring international supply chains and ensures the shortest distances for the transportation of goods among the Eurasian Economic Union (EAEU) countries and South Asia, East Africa and the Middle East.

According to Zhumangarin, infrastructural and non-physical barriers, such as missing links and bottlenecks of the transport and logistics infrastructure, the lack of coordinated through railway tariff, and paper border crossing procedures hinder the INSTC development. Experts estimate that more than 40 such barriers exist today, resulting in nearly half of transit time spent crossing borders, thus doubling the duration of road and rail travel.

“To eliminate bottlenecks along the INSTC, it is necessary to digitalize the process of controlling cargo flow at the borders, harmonize customs procedures and coordinate tariff policy,” Zhumangarin said.

In January-September 2022, the trade between Kazakhstan and Russia reached $18.4 billion, said Zhumangarin, with Kazakh exports to Russia totaling $5.9 billion.