By Staff Report in Conference on Interaction and Confidence Building Measures in Asia, International on 24 November 2022 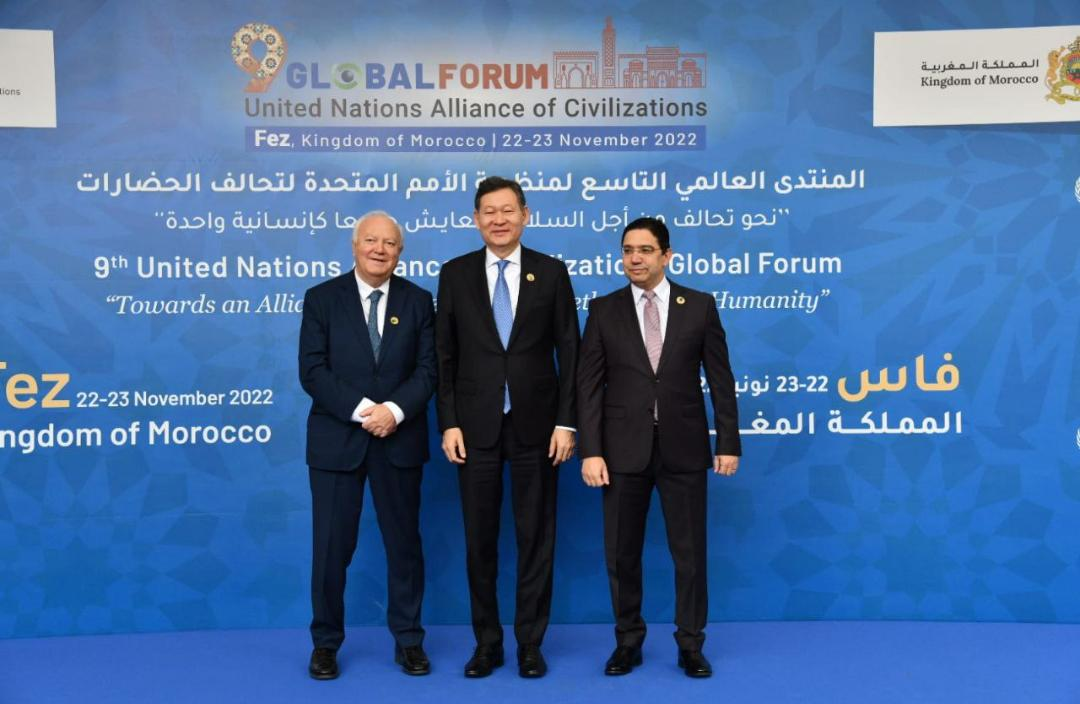 The forum participants also discussed Kazakhstan’s initiative – the Congress of Leaders of World and Traditional Religions – and its seventh meeting in September in Astana.

Umarov stressed that understanding the value of joint efforts by the entire global community is crucial in promoting inter-religious, inter-cultural, and inter-civilization dialogue.

They congratulated Kazakhstan on the past elections, noting that “the people of Kazakhstan voted for progress and stability.”

The ninth Global Forum of the UN Alliance of Civilizations, chaired by UN Secretary-General António Guterres, gathered more than 1,000 delegates from 95 countries, including 44 European, African, and Middle Eastern foreign ministers.