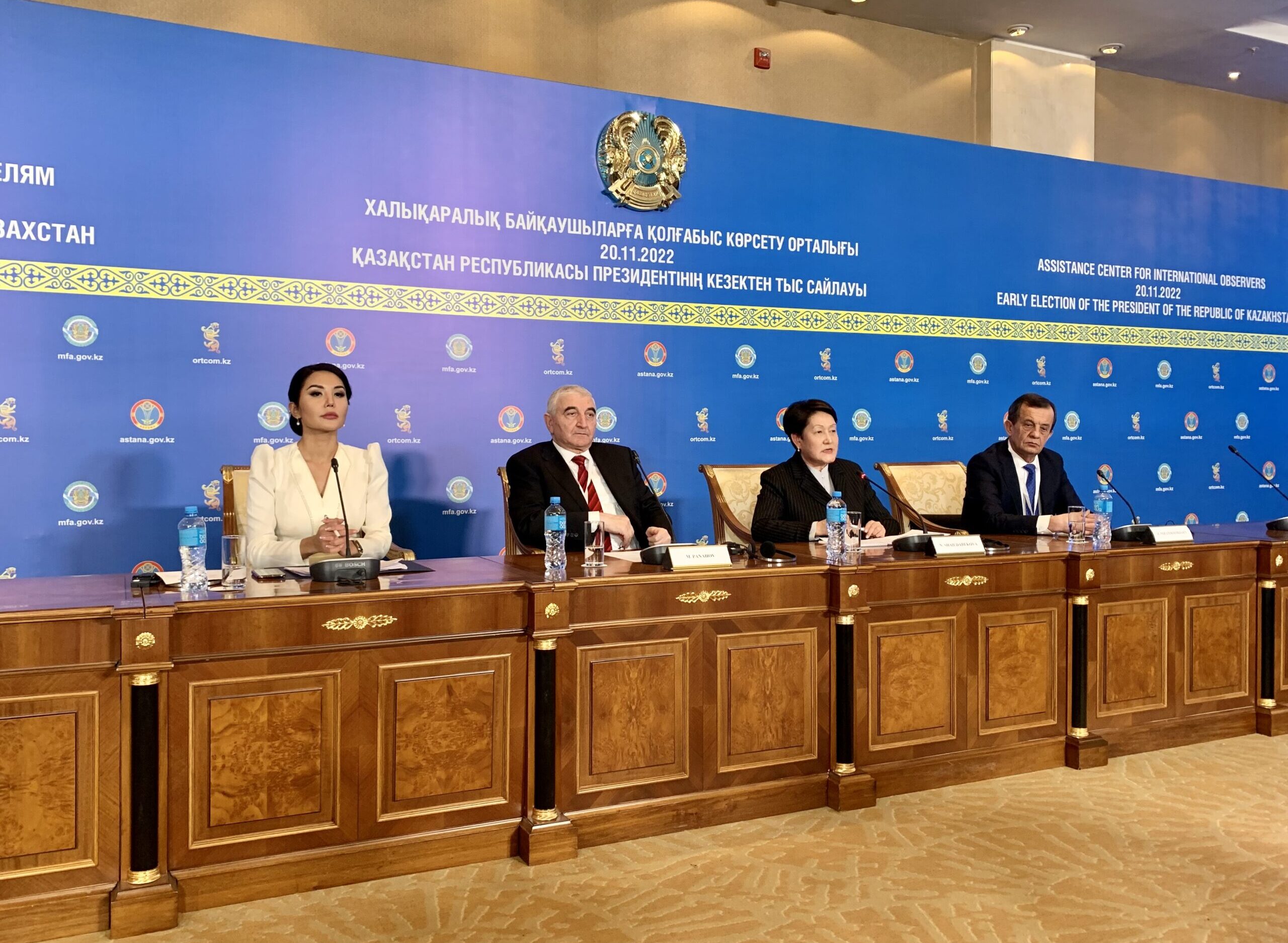 Representatives of the CEC of foreign states reported on their observations during the election. Photo credit: astanatimes.com

Almost all polling stations completed their mission in Kazakhstan at 8 p.m. Astana time.

During the day, presidential election observers visited dozens of polling stations in the capital Astana and its periphery, as well as in large cities like Almaty and Shymkent.

Vakhtang Maisai, a foreign observer from Georgia, political scientist and expert on security issues, has described the presidential election as “well-organized and transparent” in his comprehensive assessment.

“The election is characterized by calmness and is taking place in a relaxed atmosphere. It shows that the society already accepts all democratic, in a good sense, challenges,” he said.

“All age groups are active among voters. The fact that both young people and adults were taking photographs of their participation in the election shows that this day is significant for them,” he added. “Citizens who came to the polling stations showed a high political culture.”

Maisai confirmed that he would continue his observer mission after the election closed at 8 p.m. to participate in the vote counting. 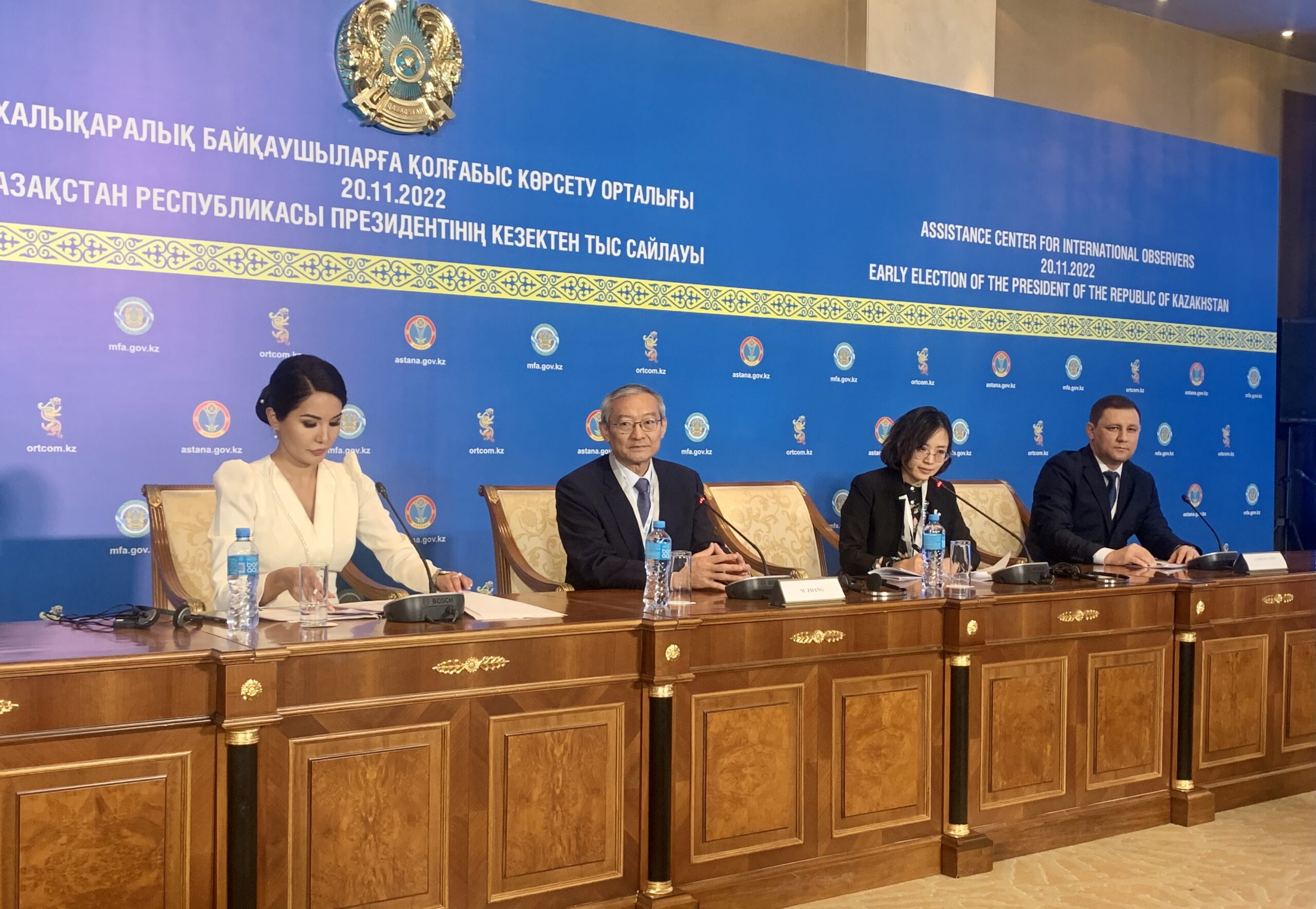 For Federal Deputy of Mexico, Olimpia Tamara Giron Hernandez, the most important thing for both Kazakh and Mexican societies was the fact that “citizens go out and vote because it is really a huge step towards protecting democracy.”

“In today’s election we saw that people came with children, voters were of different ages, different professions, and people with disabilities came. We can see that people are drawn to the election and they want to vote!” she said.

“All commission members and employees acted according to the law and took it very seriously,” he said.

Ming also said he was very pleased to see that voters showed enthusiasm when coming to the election.

“In some polling stations, I saw that voters came to cast their votes with all of their family members, even with one-year-old children. They showed their children the whole voting process and invited them to participate in the process. I think they would like to raise their children with a sense of civic responsibility. It shows that they have hope in their heart for the future of their homeland,” said Ming.

Twenty-one polling stations in all four districts of Astana and one in the Akmola Region were visited by 18 SCO observers from seven countries as part of their mission in Kazakhstan, said Ming. His team will release a final report the next day after the election on Nov. 21.

Chairman of Kyrgyzstan’s CEC, Nurzhan Shaildabekova, said on Sunday that Kazakhstan “both legally and practically has ensured that the election process meets all commitments and international standards for democratic elections.”

According to her, important actions were taken to ensure inclusivity in the voters’ lists. She noted measures to ensure barrier-free voting for people with disabilities and allow people to change their polling station in advance.

When asked why voter turnout is different across the regions, she said that it reflects the “credibility and transparency of the election.” “We all know that in the history of our countries the turnout used to be the same in all regions. So one can only congratulate Kazakhstan for providing credibility,” she said.

According to Azerbaijan’s CEC Chairman, Mahir Panahov, there were no violations identified that could affect the outcome of the election.

“Proper conditions were created for all members of the commissions. They made sure that all procedures did not interfere with each other and the entire voting cycle was smooth,” he said.

The Organization of Islamic Cooperation

Ahmed Sareer, director of Asian Affairs at the OIC General Secretariat, said that the OIC observed that the election was conducted in a “peaceful, transparent, and positive manner and in conformity with the election laws of Kazakhstan as well as international standards.”