Candidates Vote for Next Kazakh President, Emphasize Need for Change and Reforms

ASTANA – The six people who sought to become the next president of Kazakhstan came to vote, exercising their constitutional right during election day on Nov. 20. 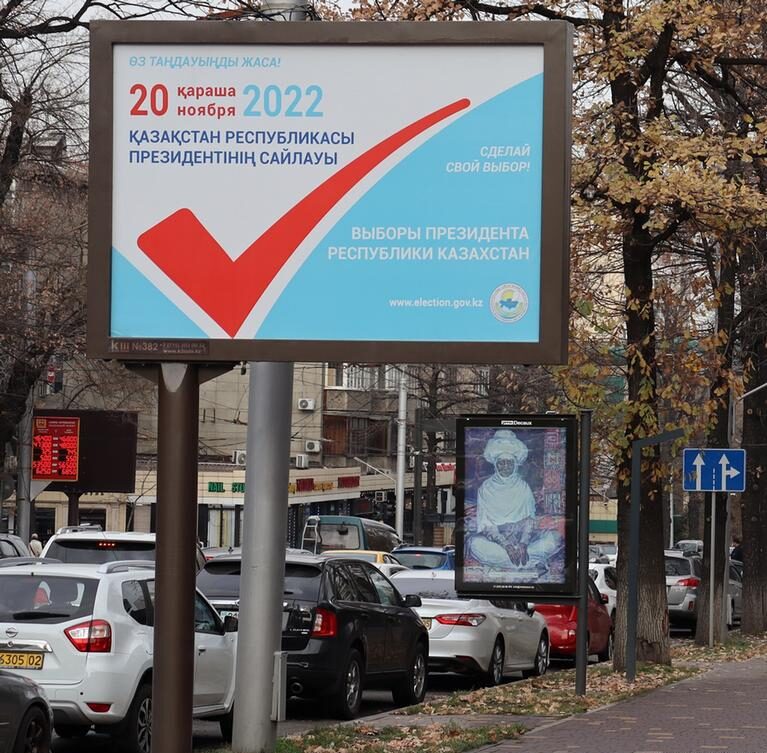 Among the candidates, Zhiguli Dairabayev, running from the Auyl party, was the first to come to a polling station at around 7 a.m. in Astana.

“The mood is very good. Today is a significant day in our country. The results of the political race. You know that today is the presidential election. I came to vote today and I made my choice,” he told journalists after casting his vote at polling station No. 396 in Astana. 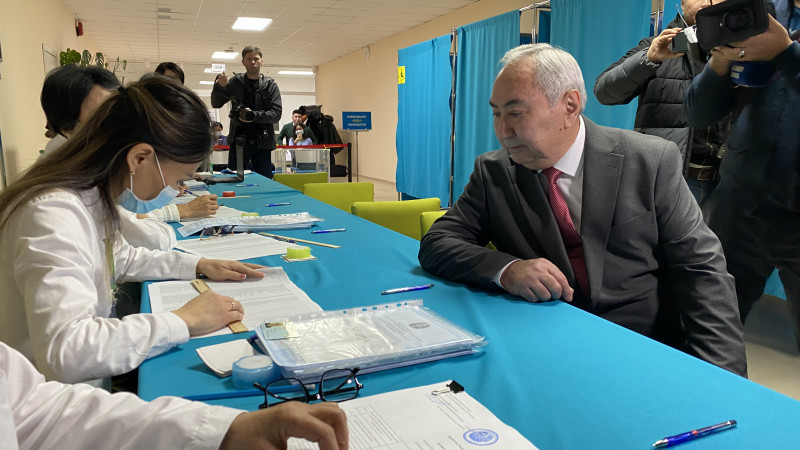 Dairabayev came to a polling station with his family. Photo credit: Tengrinews.kz/Aru Satbayeva

Some 86 polling stations in Astana, Almaty and Shymkent opened their doors at 6 a.m, while nearly 10,033 stations opened at 7 a.m. throughout the country.

“The mood is very good. We traveled through all the regions with the campaign work. I went to my polling station to fulfill my civic duty – to vote. Our team did a great job, for which I am very grateful,” said the candidate. 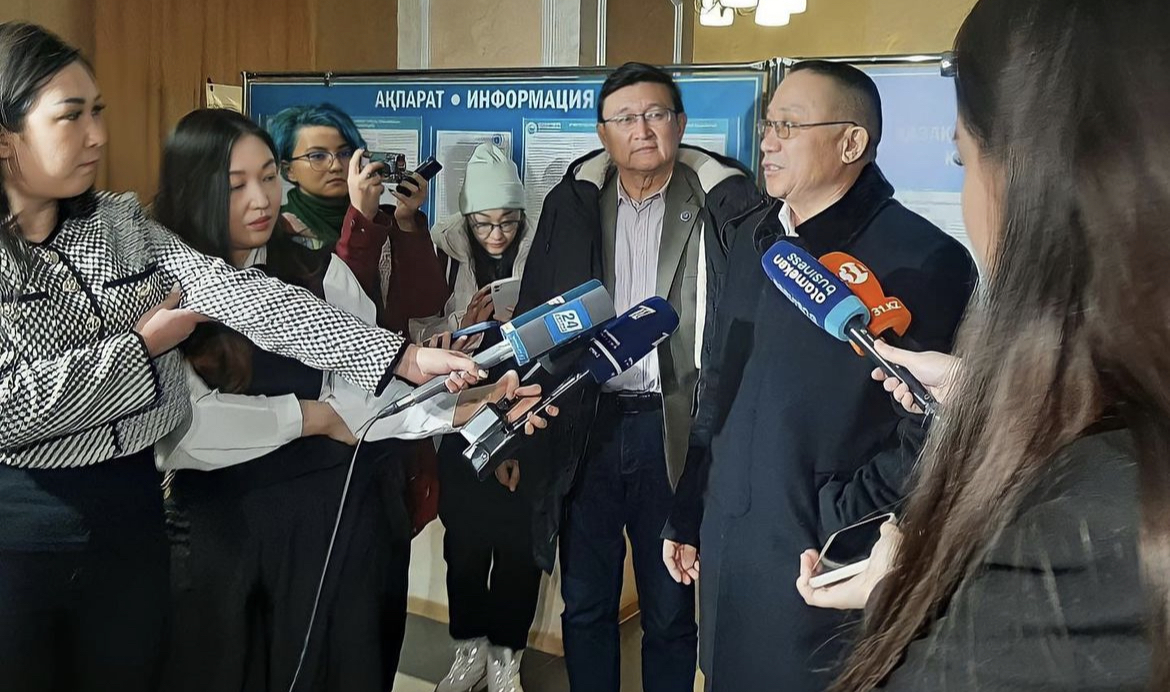 Karakat Abden, nominated by the National Alliance of Professional Social Workers, came to a polling station at 8.20 a.m. After voting, she said she has high hopes and expectations from the “democratic developments in the country.”

“I think we will achieve a just and new Kazakhstan. I have very high hopes, and during this time I was able to bring my ideas to all the voters, where I see this renewal of social problems. That’s important to me,” she said. 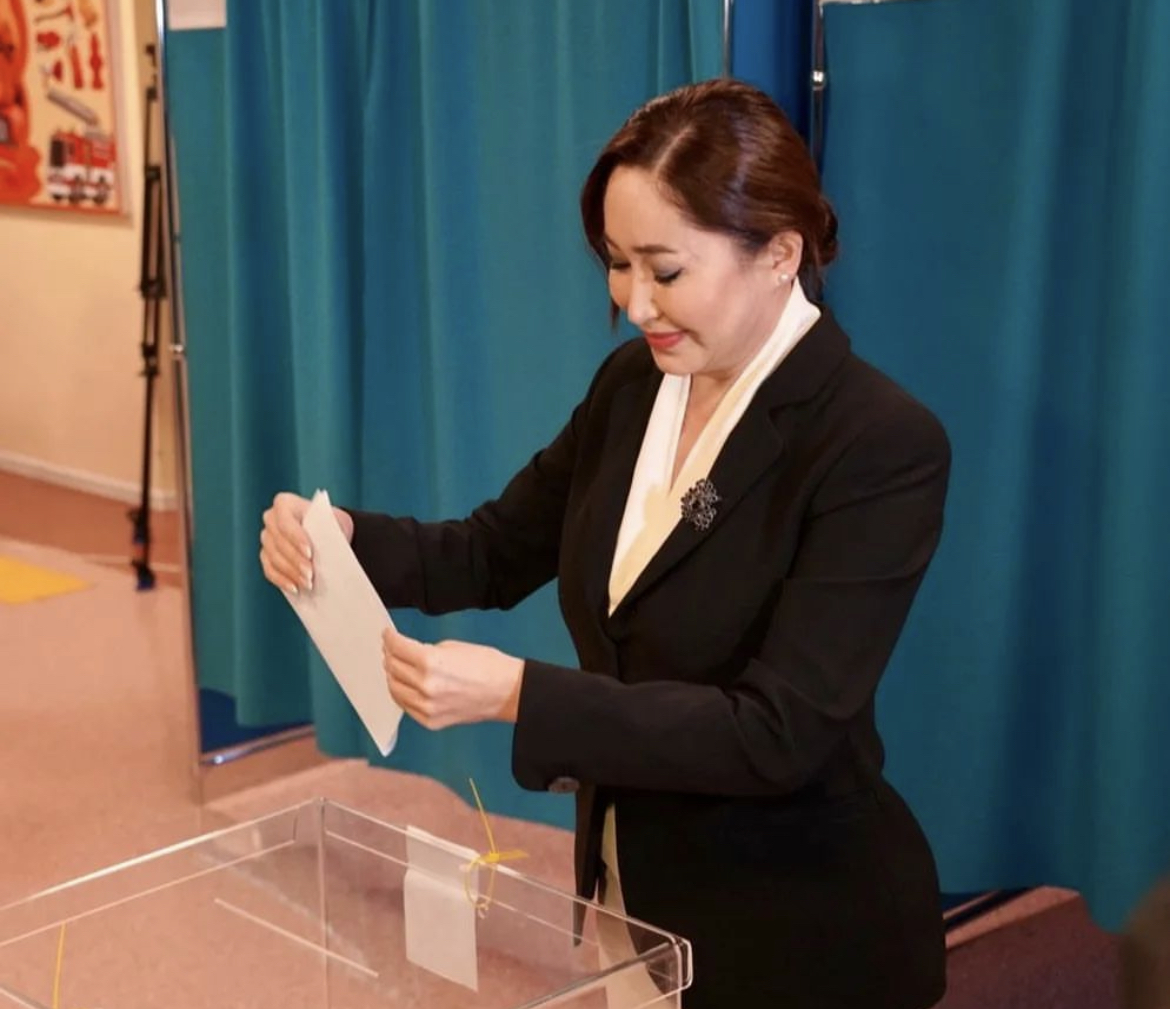 At around 8.40 a.m., incumbent President and candidate Kassym-Zhomart Tokayev arrived to vote at the Palace of Schoolchildren in Astana, one of the polling stations where more than 200 people had voted by the time the candidate arrived. Tokayev is running from the people’s coalition. According to recent constitutional amendments, the president cannot be affiliated with any political party.

“Previously I was not well acquainted with the candidates. After the start of the election campaign, I learned more about them. I am sure that they are educated and experienced citizens of our country, who work and contribute to the prosperity of Kazakhstan,” said Tokayev. 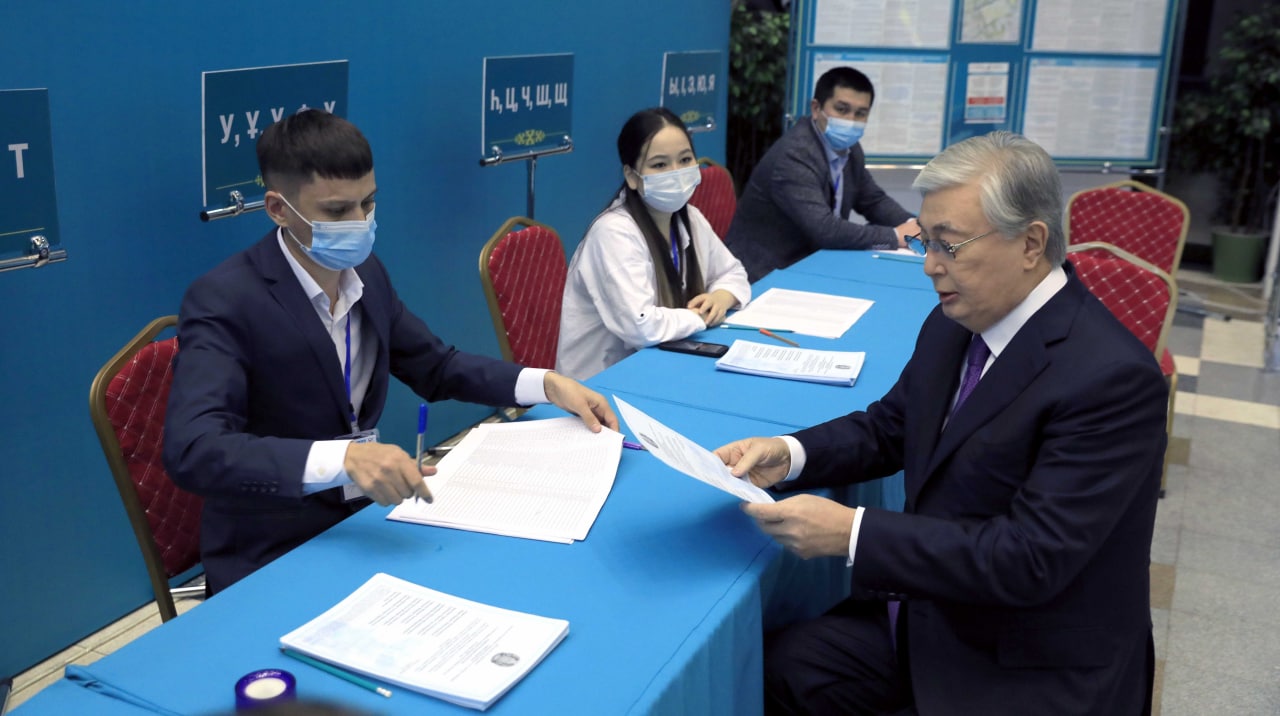 Saltanat Tursynbekova, a candidate from the Kazakh Analary – Dasturge Zhol (Kazakh mothers are a path to traditions) public association, arrived at polling station No. 107 located at the Republican Physics and Mathematics School in Astana at around 10.30 a.m.

“I am excited. (…) The days that were set aside for campaigning were enough for me. Even if I visited only 12 regions, in the remaining eight regions our headquarters actively worked, and there was a great response,” said Tursynbekova, as quoted by the Informburo news agency.

She emphasized that she had to work hard to break a common stereotype about women not being capable of running for the country’s presidential office. 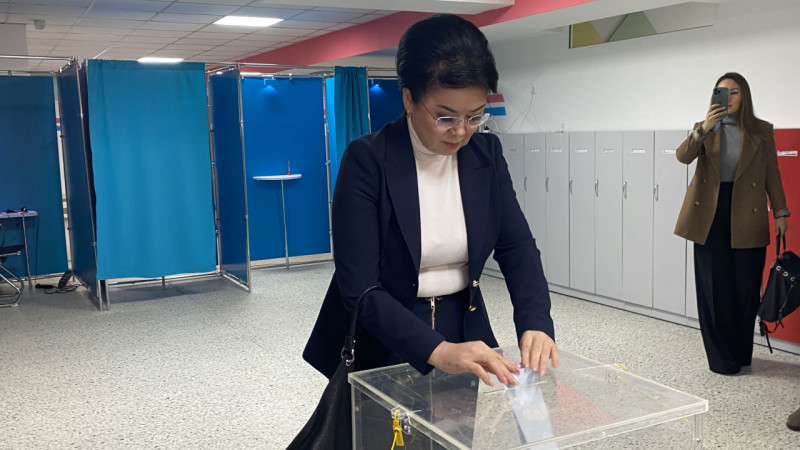 Saltanat Tursynbekova is one of two female candidates for the office of the president in the upcoming election. Photo credit: tengrinews.kz

“There was this perception at first, even at the meetings I went to, whether a woman can do it.  But by the end of the electoral period, I think to some extent I contributed to that stereotype being broken,” she added.

Meiram Kazhyken, nominated by the Amanat Trade Unions Commonwealth, was the last among the six candidates to cast his vote. He arrived at polling station No. 113 at around 11.15 a.m. Speaking to the media, the candidate said that the people are waiting for change and reform.

“We need them. The new president, whoever becomes, must start changes: social, political, and economic. Because there is no more time. Next year there should be concrete changes. I urge all the people of Kazakhstan to cast their votes. There is still time. Today I voted for reforms,” said Kazhyken.

Polling stations will be open until 8 p.m. without a break for lunch.