ASTANA – Kazakh capital Astana hosted a Strategic Initiatives Forum on Nov. 16 gathering top scholars and experts to discuss their vision of Kazakhstan’s future and the priority reforms for the next seven years. 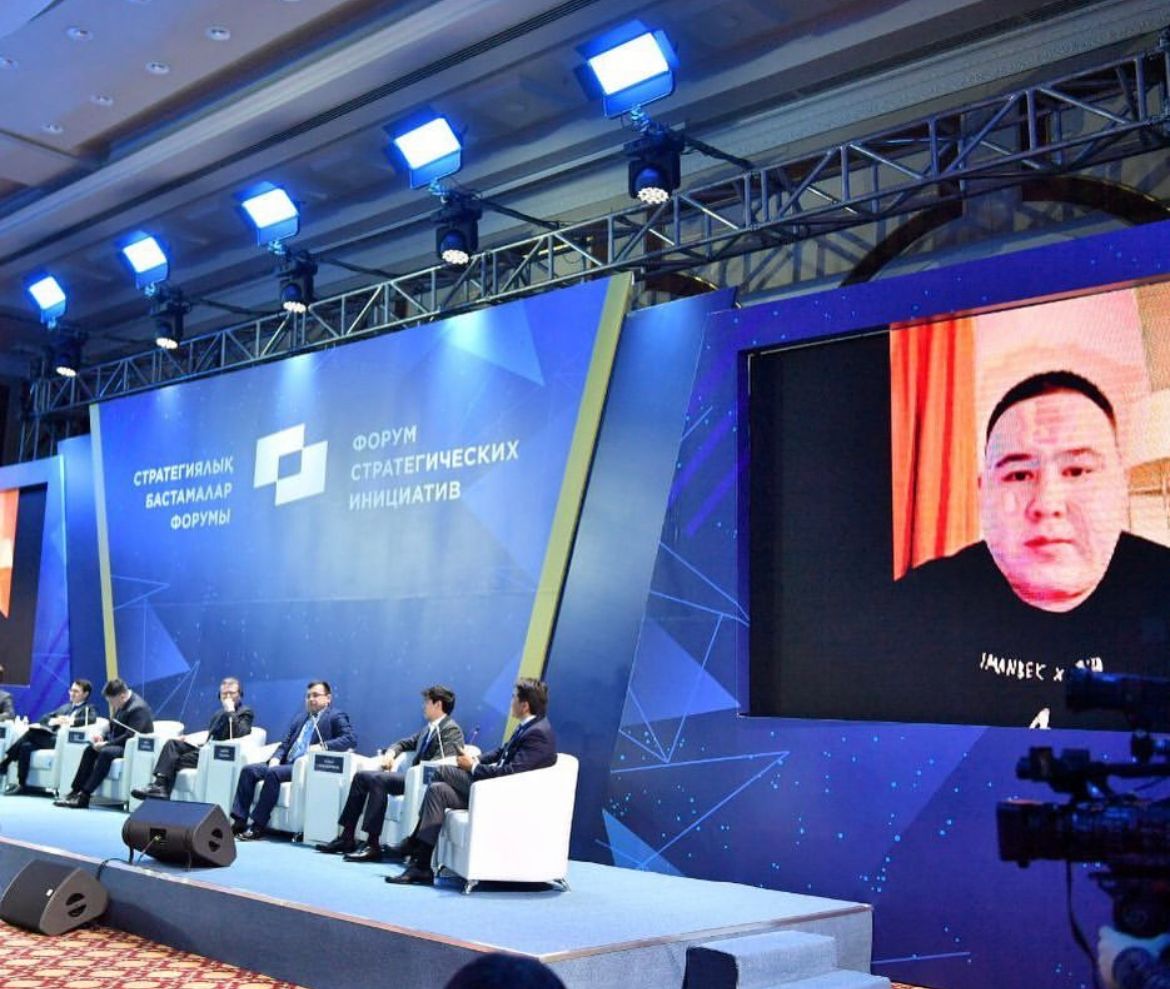 The four panel sessions were attended by the heads of state bodies, national companies, representatives of big businesses, public and political figures, as well as experts in economics and politics. Among the keynote speakers were James Robinson, a British economist, political scientist and the author of the international bestseller “Why Nations Fail” as well as Nassim Taleb, a Lebanese-American essayist, mathematical statistician, and author of “The Black Swan.”

“We talk too much about the past, very little about the present and don’t talk about the future at all. This is one of the reasons why the Center for Strategic Initiatives decided to dedicate the Strategic Initiatives Forum to the vision of Kazakhstan-2029. To understand what Kazakhstan can become in seven years, what we want and most importantly, do not want it to be. What do we need to do to avoid repeating mistakes made earlier,” said the center’s head Olzhas Khudaibergenov.

“The government must trust the citizens. So should the citizens. We must not be afraid of change. Fintech, the creative economy, and technology are the rooms of our future home. The cement of that house will be our cultural code. At the heart of that code is multiculturalism. That’s why it’s important to act together and trust each other,” said Suleimenov, the country’s former minister of economy.

Robinson, in turn, whose book applies insights from institutional economics, development economics and economic history to understand why nations develop differently, said Kazakhstan has changed since his first visit to the country.

Responding to Suleimov’s rhetoric about trust, Robinson said trust between the state and society is a two-way street.

“Only through real actions, not double signals, can the state gain the trust of the citizens. But the state itself must trust the population. Otherwise, there will be no success in this field,” he said. “I think development has to do with strengthening legal institutions and state institutions, but in such a way that they can regulate without controlling. I’m not sure, but it seems that here in Kazakhstan, there is a struggle to create a real modern market economy. For this, institutional infrastructure is needed. The state should understand that it needs to create this infrastructure.”

He also said if Kazakhstan wants to build inclusive institutions and a prosperous society, it should enhance the capacity of its institutions.

“During the Soviet period, the political and economic institutions were highly personalized. (…) First, administrative reforms are important, but it is necessary to correctly set priorities, and prioritize industries. Secondly, a strategic vision in politics and economics. It is important to explain to people that economic reforms are important. Reforms technically can be implemented, but they may encounter a rejection society and also different interest groups. And that’s something we’ll have to work with, too,” he said.

Kazakh Minister of Digital Development, Innovation and Aerospace Industry Bagdat Mussin spoke about the role of digitalization in the country’s future.

“If we talk about the image of digital Kazakhstan in the future, the most important thing is human-centeredness,” said Mussin.

Digitalization, however, can not move forward without the internet becoming accessible to all people in the country. Digital benefits should be available to all.

“Don’t put pressure on young people, don’t force them to do things they don’t want to do. If you want our youth to achieve some success in culture and if you want our kids to be successful in culture and science, then untie their hands. Don’t put obstacles in their way. Moralizing and admonishing them will only irritate them. And if they need advice, they’ll come and ask for it,” he said, connecting to the conference online.

Nassim Taleb, who joined the forum via a video conference, emphasized Kazakhstan’s strategic location that will help preserve its immunity to geopolitical events happening in the region. But only if the country will formulate the right political and economic course.

“Historically, Kazakhstan has been located on the most important section of the world, the Silk Road. It is because of its favorable geographic location that geopolitical events will not have a significant impact. As long as Kazakhstan protects its resources and strengthens its economic and political institutions, it will not be affected by geopolitical turbulence. Therefore, Kazakhstan will not only be able to retain, but also strengthen its position,” said Taleb, who invented a black swan theory centered on an unpredictable event that is beyond what is normally expected of a situation and has potentially severe consequences.

Head of the Kazakhstan Institute for Strategic Studies Yerkin Tukumov also shared his vision, stressing the need to be flexible.

“Frequent changes in Kazakhstan’s development strategies occur because of the need to adapt to modern, rapidly changing processes,” he said.

He also said it is necessary to adapt the system of international law to the current realities.

“International law is developing regardless of whether there are contradictions between countries or not. The Internet is developing, and new areas of cooperation are appearing. As for conflicts, unfortunately, human beings are imperfect, conflicts have been, are, and will be. To give you one example. In 2022, there are 27 conflicts between different countries. They were divided into three categories: worsening, frozen, and improving. And in the last category, there are zero conflicts. This once again shows that it is very easy to start a conflict and very hard to end it,” said Tukumov.