Tourism and Renewable Energy Can Be Key Pillars of Cooperation Between Morocco and Kazakhstan, Says Moroccan Ambassador

ASTANA – Kazakhstan and Morocco could expand opportunities in trade and explore cooperation in emerging areas such as tourism and renewable energy, said Moroccan Ambassador to Kazakhstan Mohammed Rachid Maaninou in an interview with The Astana Times. 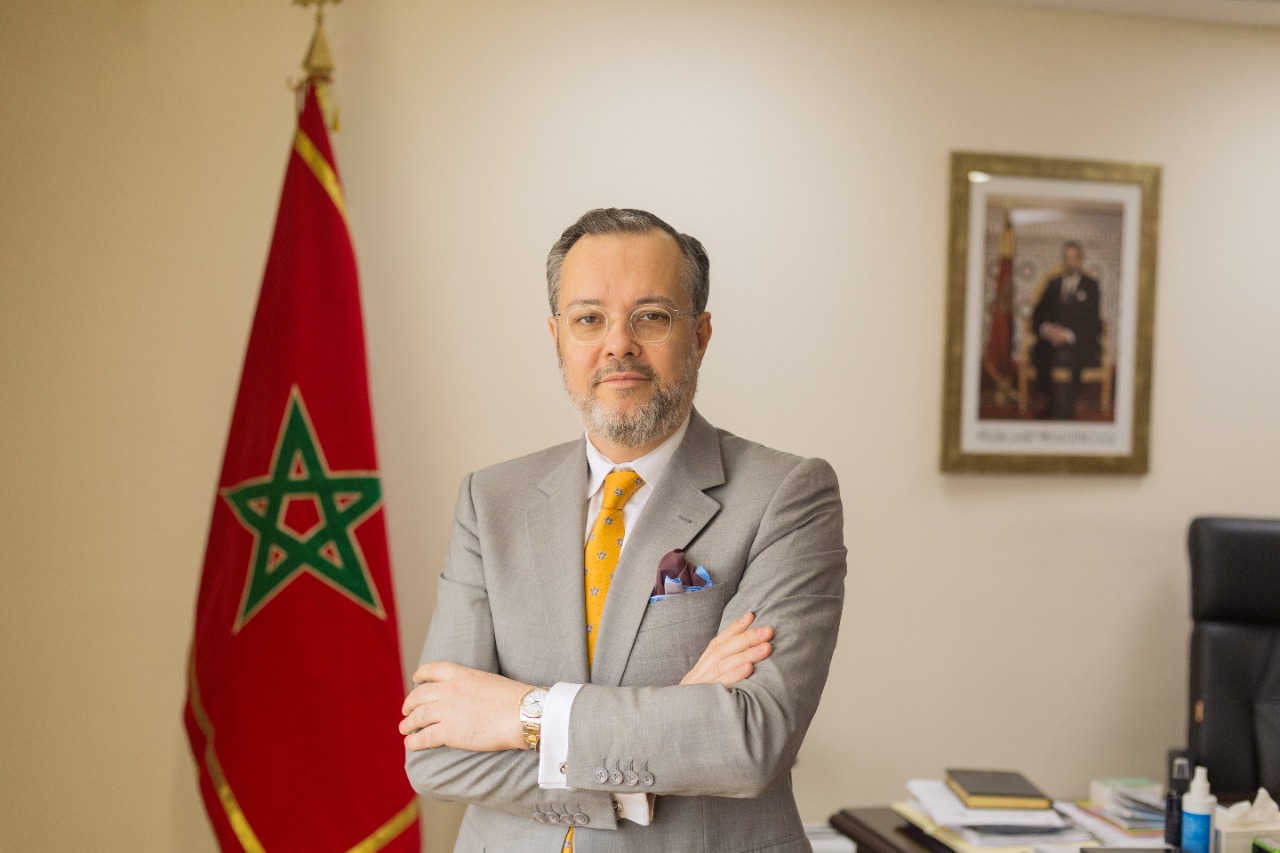 As the two countries mark 30 years since the establishment of diplomatic relations, Ambassador Maaninou shared his insights on past achievements and the current potential for collaborative growth and development.

“Thirty years of strong diplomatic relations marks, for both the Kingdom of Morocco and the Republic of Kazakhstan, a new era for an even more solid basis for a fruitful cooperation between our two countries, especially after the opening of two embassies in both our respective countries, which constitutes an important step to give a new impetus to relations between the two friendly countries,” said the ambassador.

Morocco opened its embassy in Kazakhstan at the end of 2016, the only embassy among the Central Asian countries. The embassy of Kazakhstan in Morocco was opened in 2021.

According to Maaninou, Kazakhstan and Morocco have a lot in common when it comes to regular political dialogue as well as active support and cooperation within international organizations such as the United Nations (UN) and the Organisation of Islamic Cooperation (OIC). In 2021, Morocco joined the Islamic Organization for Food Security, a body created under the aegis of the OIC, at the initiative of Kazakhstan.

“Morocco and Kazakhstan also share similar views on many international issues and seek to promote peace and security as well as the preservation of territorial integrity and sovereignty of their nations,” said Ambassador Maaninou.

Among the events hosted by Kazakhstan was the seventh Congress of Leaders of World and Traditional Religions in September, where the Moroccan Minister of Habous and Islamic Affairs Ahmed Toufiq met with the President of the Spiritual Administration of Muslims of Kazakhstan Nauryzbay Haji Taganuly.

“Knowing that Morocco and Kazakhstan both adopt Sunni Islam which is based on tolerance, peace, and friendships between peoples, we appreciate Kazakhstan’s initiative to create an organization for interethnic dialogue,” said Maaninou.

A joint event to share Morocco’s experience in the field of training imams, (mosque leaders) is being considered as Morocco has offered many scholarships to Imams from countries of South East Asia.

Maaninou sees trade exchange between Kazakhstan and Morocco as a two-way street that provides direct rewards for both nations.

Importers from Kazakhstan can gain enhanced access to Morocco’s large market for fruits, especially for products such as tangerines, oranges, clementines, as well as flax seeds and sardines.

Concentrating 80 percent of the world’s phosphate reserves, Morocco nevertheless derives benefits from lower-priced inputs exported from Kazakhstan, such as chemicals for fertilizer production.

Trade between Morocco and Kazakhstan has surpassed US$106 million in the first half of 2022, compared to US$177 million in 2021 despite the pandemic outbreak.

According to the ambassador, the geographical distance between the two countries, as well as Kazakhstan being a landlocked country, makes the logistics somewhat difficult. Both countries, however, are interested in expanding travel routes, the Trans-Caspian International Transport Route also known as the Middle Corridor, being an opportunity in the future.

Both countries are pursuing new dynamic trade and investment policies in the areas of agriculture, water and food security, and car manufacturing, where Morocco could share its experience.

“There is a great potential for trade cooperation in agriculture. Morocco can export a bigger variety of fruits and vegetables as well as fish. Kazakhstan is a major exporter of wheat. Morocco also could benefit from this factor,” said the ambassador.

Ambassador adds that Morocco is a leading car exporter to the European Union with 500,000 units per year and happens to be the fifth largest car manufacturer in the world. As of today, every plane contains an aircraft piece manufactured in Morocco, especially for Airbus and Boeing.

Draft agreements on the protection and the promotion of investments as well as agreements on double taxation are also under development.

In addition to the vast trade potential of the two countries, Ambassador Maaninou spoke about the enormous opportunities open to tourists.

Tourism accounts for roughly seven percent of Morocco’s gross domestic product (GDP) and is the largest foreign exchange earner in the pre-pandemic period, with the country receiving over 13 million tourists per year, according to the ambassador.

“The country has over 3,500 kilometers of coastline extending from the Oriental region with the Mediterranean Sea to the Moroccan Sahara with the Atlantic Ocean,” he said.

Speaking of Kazakhstan’s tourism potential Maaninou said that Kazakhstan is “rich in natural green attractions, as well as lakes, mountains and parks and great sceneries extending along its territory.”

“It would be great to exchange and share experiences on how to use ecotourism and rural tourism to promote the country to foreigners,” he said.

To facilitate the granting of visas for foreign nationals coming to Morocco, new initiatives were proposed at the embassy, such as the electronic visa procedure platform, launched on July 10 this year, as well as a great opportunity for direct flights under negotiations between the two countries.

Discussions are ongoing in terms of expanding cooperation in sports and education, especially between universities.

Kazakhstan and Morocco could also shift the focus on cooperation in emerging areas such as sustainability and renewable energy.

Kazakhstan is committed to an efficient energy transition for a cleaner and greener future and to becoming carbon neutral by 2060. It seeks to develop an economy far less reliant on the oil industry so that other sectors are brought to the forefront.

The alternative energy industry in Kazakhstan is growing on the back of government policies, but there is a lot of room for improvement, according to the ambassador.

“Kazakhstan has huge potential for wind and for solar in the south. But all that you have been constructing until now is still very small compared to the huge potential you have. Maybe you explored one or two percent of your full potential in Kazakhstan, and Morocco can help by sharing its knowledge,” said Ambassador Maaninou.

Morocco itself is in the midst of an energy transition.

“Under the leadership of His Majesty King Mohammed VI, may God assist him, the kingdom is currently in the midst of building hybrid energy,” he added. “Thirty-five percent of the energy in the country comes from the sun and the wind. The goal is to raise it to 50 percent by 2035. Our country has built one of the world’s biggest solar power plants Noor in the city of Ouarzazate”.

In fact, this plant positions Morocco as a global leader in sustainable energy development. It is the world’s biggest concentrated solar power facility with a total installed capacity of 580 megawatts.

“Morocco’s expertise in the usage of renewable energies, as well as the building of power plants and wind farms, might contribute to Kazakhstan’s goal to reach carbon neutrality by 2060,” said the ambassador.